Diversity in the Recording Studio 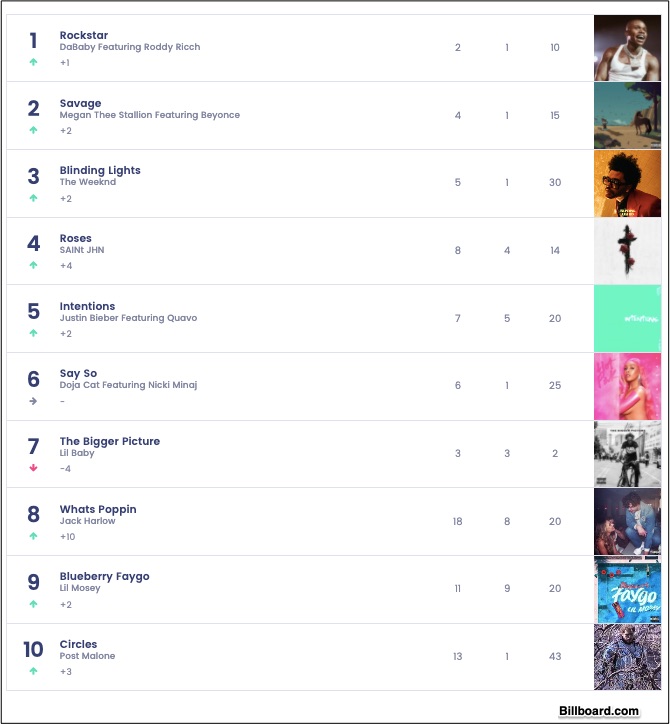 Confirming male bias, at USC, the Annenberg School’s “Inclusion Initiative” published a report on diversity in the recording studio. Through a lens that saw gender and race/ethnicity, they focused on the artists, the songwriters, and the producers. Most of their numbers came from Billboard’s Hot-100 and the Grammies for 2012-2019.

Male artists far outnumber the women in the industry. For 2015 and 2016, it appeared that the gender gap was shrinking but it did not last:

Similarly, among the Grammy nominees, women received relatively few honors. Only “The Best New Artist” and “Song of the Year” categories exceeded the 11.7% eight-year average: 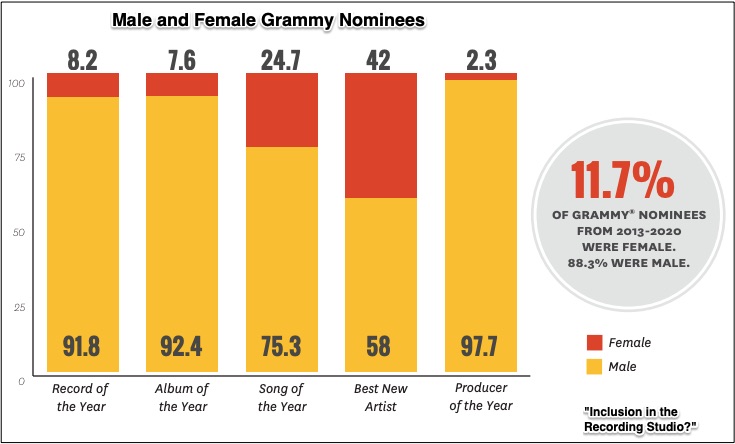 However, women had a larger presence among the underrepresented (UR) race/ethnicity artists: 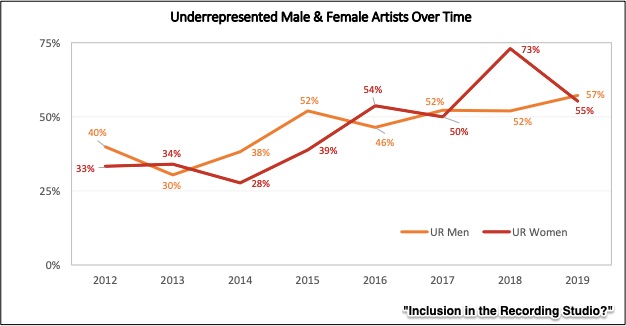 In terms of genre, the Pop category had the most gender diversity. Still though, the men far outnumbered the women: 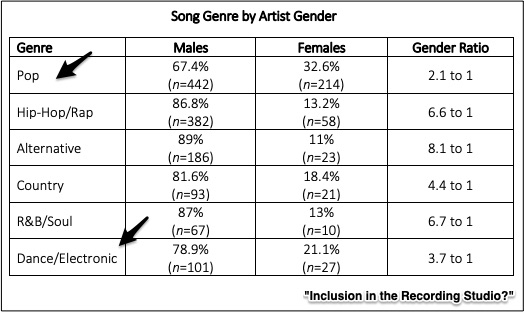 For race/ethnic diversity, you can see the trend moving from white artists to the people of color who have been underrepresented (UR):

The higher UR numbers were in Hip-Hop/Rap and R&B/Soul: 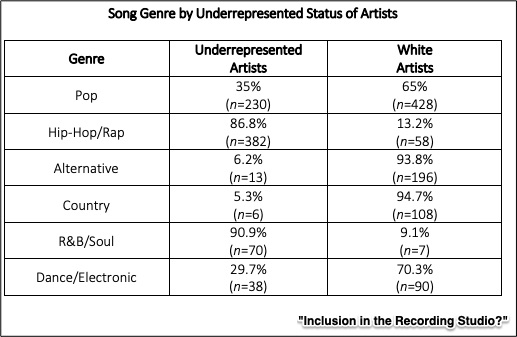 Most of us know the names and their music. Do look at the number of songs:

You can see that the men dominate songwriting:

Even more egregious, female producers have a minimal presence. The ratio is 37 men to every single female:

And there are even fewer women of color who are producers:

The summary statistics for women in the recording industry reflect a huge gender gap: 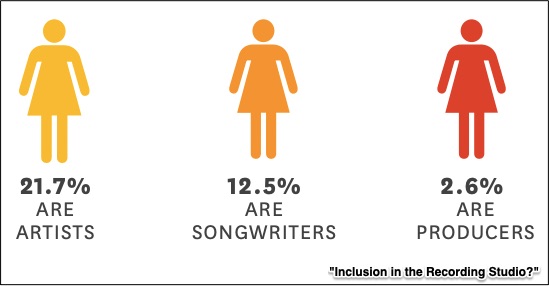 Meanwhile, the recording studio is occupied by many more artists of color:

Thinking of diversity, a behavioral economist could explain where an expectations bias might kick in. We demonstrate an expectations bias when what exists shapes what we assume. Because there are fewer female recording artists, we could consider male domination as the norm. Consequently we could reinforce and perpetuate a bias that constrains women’s careers.

My sources and more: For more detail on diversity in the recording studio, I recommend Stacy Smith and her colleagues’ January research. All though in their “Inclusion Initiative” is worth reading.

How to Price a Covid-19 Drug

The Mystery of the Artless Heist