If the coronavirus again makes remote learning a necessity, then we will become ever more aware of the “homework gap.” Growing larger as internet access diminishes, the “homework gap” relates to geography and income.

Moving around the world, you would see advanced nations with widespread internet access while in developing nations, less than one half of the population is connected. But in countries like Brazil and Mexico, there is a huge divide between the haves and have nots. More precisely, the internet access numbers are close to 87 percent in the developed world, down to 47 percent in developing countries, and 19 percent in those that are least developed.

Below, dark blue indicates the connected part of the world while the red countries are not. In much of Africa, there are just 0 to 20 internet users per 100 inhabitants. Meanwhile, in countries including Australia, the U.S., and Canada, the numbers are between 80 and 100 users per 100 people:

Looked at a bit differently, you can see some higher speed internet history. With South Korea and Germany at the top, Pakistan starts much later and remains far below the world average: 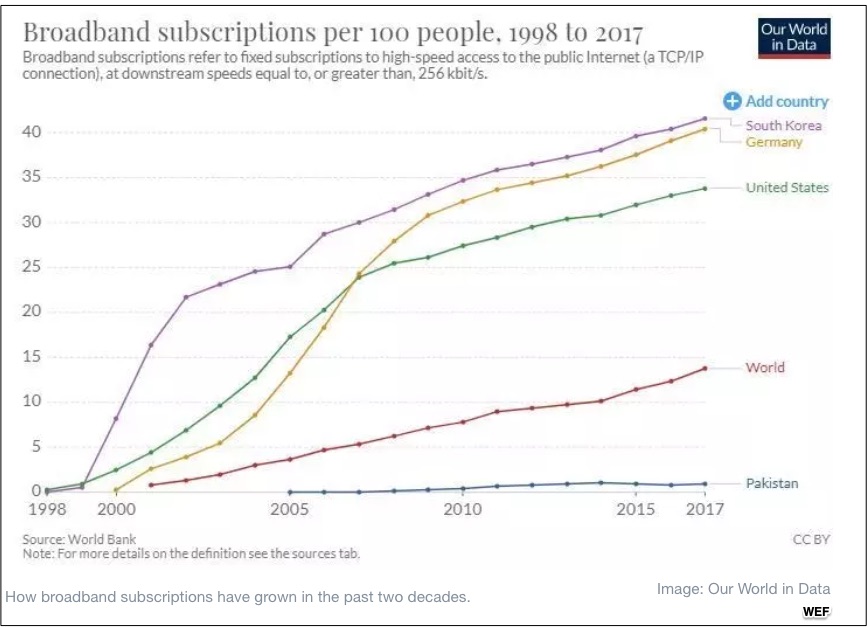 Like the world, the U.S. has internet inequality that reflects a geographical and income divide. A list of the U.S. states with the least connectivity is topped by Arkansas, Oklahoma, and Mississippi. At the other end, at 2 percent, my own state, New Jersey, and also Connecticut have the most internet access:

In 10 U.S. states, close to 30 percent or more of the population has no broadband access:

At the same time, these 10 states have the highest proportion of connectivity:

Similar to global statistics, income relates to connectivity in the U.S.: 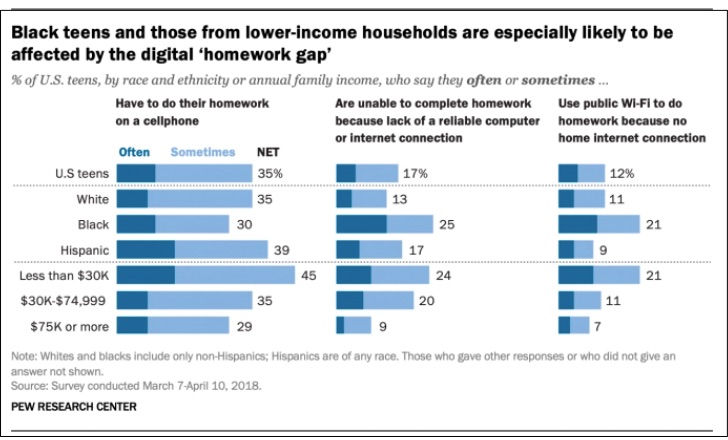 As a source of remote learning and unlimited information, internet access helps to increase our stock of human capital.

To imagine what we mean by human capital, please think of a person as you would a factory. Adding education (human capital) to people is like purchasing new machinery (physical capital) for factories. In factories an enhanced supply of physical capital boosts the goods and services we produce. More human capital also can fuel productivity.

So where are we? Because of less internet access, a larger “homework gap” diminishes what we add to our human capital.

My sources and more: As the summer starts to speed by, thoughts of remote learning return. They took me to internet access at home and far beyond. Starting with the IMF blog and WEF, you can get a good picture of the global situation. Then, for the United States, The Washington Post, Pew Research, and Quartz had the facts.

The Surprising Upside of a Lockdown

How Subscriptions Could Affect Car Sales