We all know about the curb cut but probably never think about it. It’s just that slanted part of the sidewalk leading to the street: 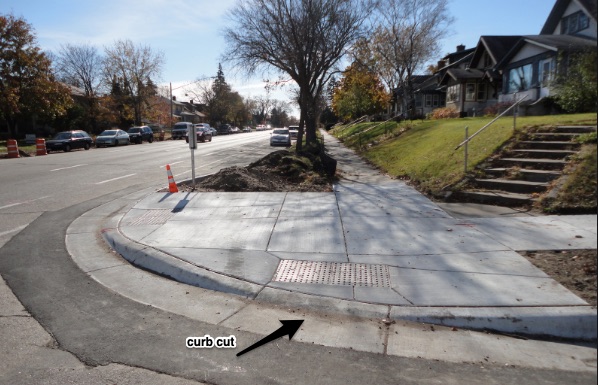 The curb cut was invented for those of us who need a slope rather than a step. Fifty (or so) years ago, it first appeared in Berkeley, California where a group called the Rolling Quads wanted to navigate the streets independently in their wheel chairs. They convinced the Berkeley City Council to mandate curb cuts and the rest of the story is history.

One of millions, the curb cut was a part of our invention history.

Looking back 180 years, researchers recently tried to make sense out of close to 10 million patents. They hoped to provide analytic order to some messy data.

You can see below that they were able to figure out the rhythm of innovation. It seems to have unfolded in waves. The second wave peaked during the depths of the Great Depression in 1932 when the unemployment rate was just below 25%: 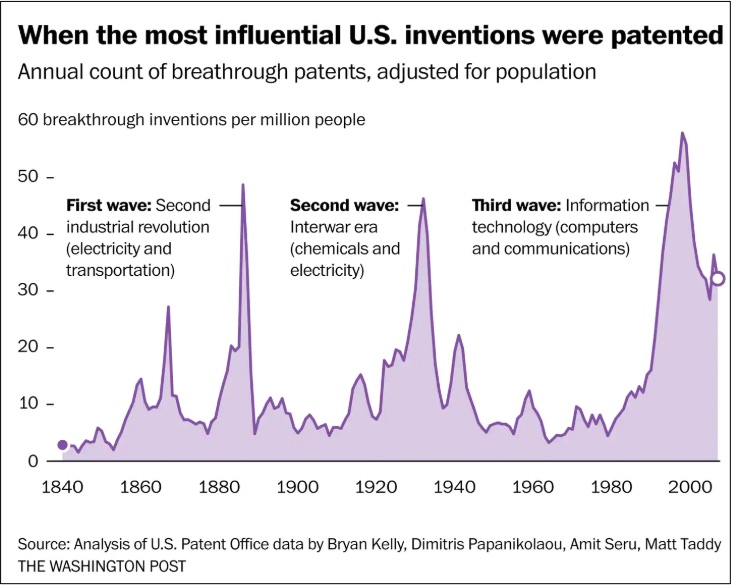 They also wanted to extract the most influential inventions from the data. To arrive at some conclusions, their algorithm looked for inventions with patents that were different from any that preceded them. On the other side, it identified innovations on which many subsequent patents were based. All combined, because the database started in 1836, their algorithm grabbed patents between 1840 and 2010.

Among the 100 “breakthrough” innovations that were listed, these were the top 25: 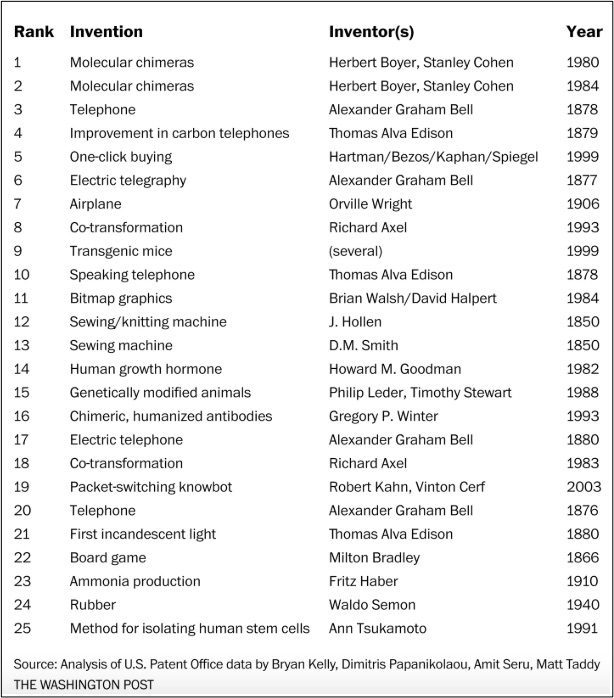 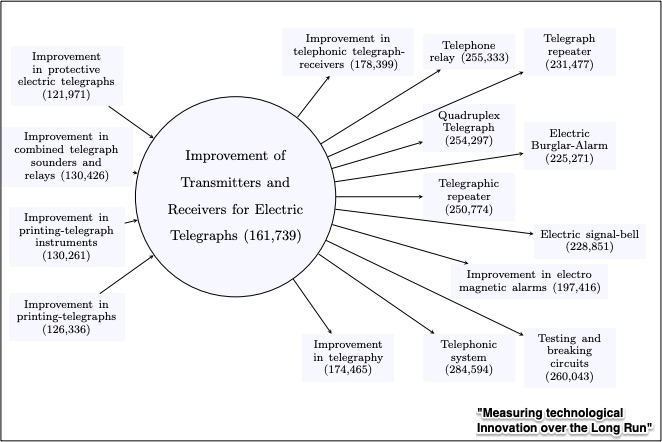 NYU economist Petra Moser said that “Innovation is the engine of growth.”

In 1998, a wave of innovations that relate to software and bioscience appear to have peaked. Now, the decline is evident. Knowing more about invention history can help us stimulate more in the future. We can try to accelerate a slowing rate of economic growth as measured by the increase in the GDP. 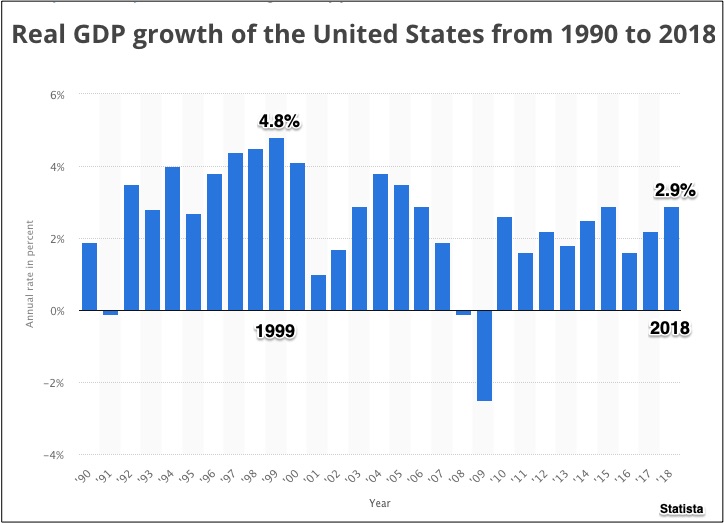 Where are we? Returning to where we started, yes, the curb cut was not among the most influential inventions. However, enabling us to get where we are going more easily, it and millions like it certainly added to the productivity that feeds economic growth.

My sources and more: The 99% Invisible story of the curb cut was the perfect complement to this The Washington Post invention history.  But if you want lots more detail, do look at the paper on which The Washington Post article was based. It is all phenomenal!