The Ripple of a No Deal Brexit

The United Kingdom could become what the European Union calls a “third country” on October 31st. If it leaves the EU without a deal, the rules that shaped the UK/EU connection will disappear. Those rules eliminated trade barriers, they let goods and people move freely, and they enabled data sharing. Erasing them creates massive uncertainty and productivity problems.

The EU trade agreements that shape market access, labor mobility, and product regulations create predictability. Those agreements facilitate access to better inputs and investment. In a new NBER paper, researchers looked at what happens when that predictability disappears. According to their estimates, uncertainty will drag investment down by 11%. It could result in a 2% to 5% productivity drop.

This is their Brexit Uncertainty Index: 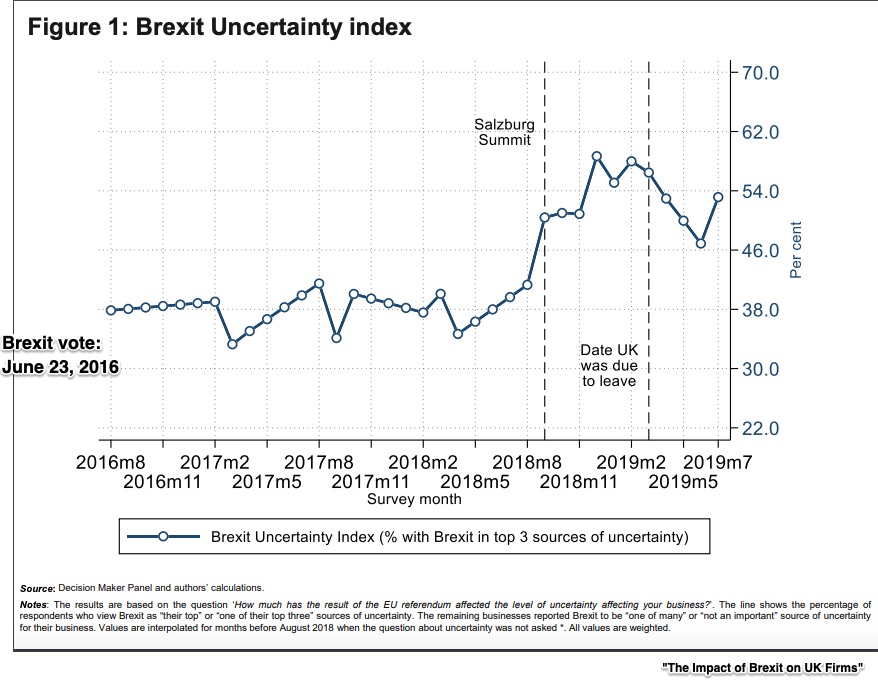 To expedite commerce, a no deal Brexit precipitously creates the need for new infrastructure at ports. Previously, many health and technical inspections were unnecessary. The number of customs declarations will skyrocket from 55 million to 250 million.

Imagining the impact on manufacturers, we can go to the Honda factory in Swindon. where they keep just one hour of inventory. Called just-in-time, everyday, the components for 350 trucks enter as parts and exit in vehicles. Because of port delays, this just-in-time efficiency will initially be impossible. 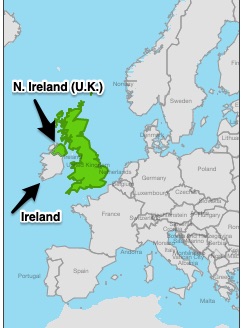 The border had been pretty much invisible. A dairy farmer, for example, could have her cows in the North and a bottling facility down South. Easy movement between both Irelands has been crucial. Instead, with a no deal Brexit, they could wind up with inspections and tariffs (and spoiled milk).

I know that no deal Brexit numbers are all hypothetical, But we can be sure that transaction costs will soar. As extra time, money, and aggravation, Brexit’s transaction costs will ripple through most economic activity. With EU business and labor relationships having evaporated, it will take time to replace them. During that time, per capita income could indeed fall.

My sources and more: Thanks to the Peterson Institute’s Trade Talks for its Brexit update. Then, their podcast took me to this paper.  Also, though David Wessel’s newsletter, I discovered and recommend this NBER paper. Finally, if you want more, Yellowhammer could be your last stop.

Our Weekly Economic News Roundup: From Slower Tennis to a Faster Brexit