Taco Bell is having some supply issues. So let’s take a look.

In case you wanted to schedule your August vacation at the Taco Bell pop-up hotel, it’s too late. Only two minutes after booking started on June 27, the hotel was sold out.

I added the arrow: 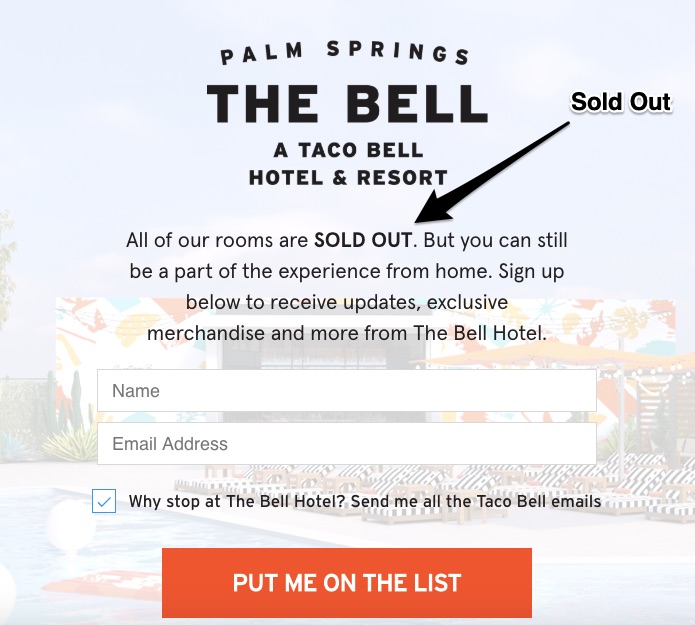 The hotel will have hot sauce keys for your room, Sauce Packet floaties at the pool, and “Bell hops” to carry your luggage. One executive told CNN that guests would snack on cheesy items throughout the day. And yes, the restaurant, the gift shop, the nail and hair salons are all Taco Bell themed.

This is a room at the Bell: 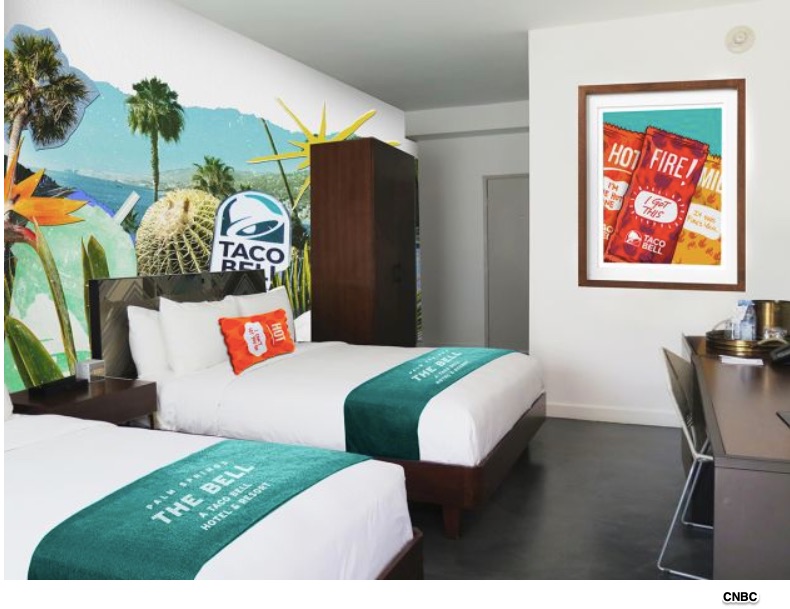 Open just four days (from August 8 to August 12) with only 70 rooms, the Bell would have cost you at least $169 per night. Because of the website traffic overload, Taco Bell fans were told to “keep your fingers crossed on that refresh button.”

At the same time, Taco Bell has what some have called the tortillapocalypse. Running out of tortillas in parts of Tennessee, New York, Michigan and other sections of the country, some diners are reputedly panicked. As one Twitter user said,” Thank goodness Nacho Fries are back or I would starve.” From another:  “Pray for us in this troubling time.” 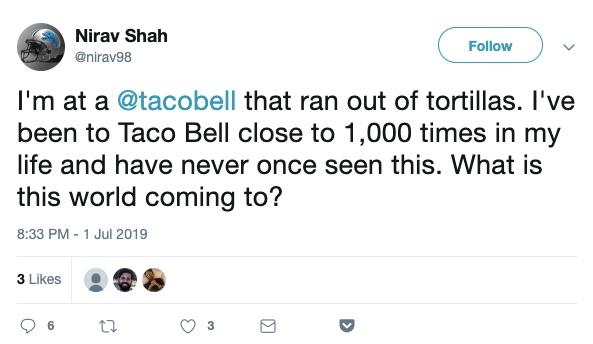 Taco Bell responded by encouraging diners to order alternatives like Cheesy Gordita Crunch instead of quesadillas and burritos.

An economist would say that the supply shortfalls for Bell Hotel rooms and for tortillas are not quite the same.

The supply side of a supply and demand graph would reflect the Taco Bell Hotel and Resort’s small number of rooms and the minuscule window during which they could be booked. As a vertical line, supply crosses demand at a point where many Taco Bell “super fans” won’t get rooms.

Shown by an inelastic vertical line, the supply of rooms at the Taco Bell Hotel and Resort is 70: 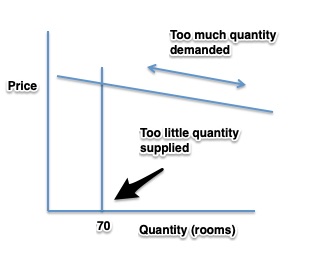 To illustrate a tortillapocalypse, the supply curve should shift upward and to the left, We would have a shorter line representing less supply and a higher equilibrium price. Here though, I suspect that Taco Bell is not raising prices. Consequently, I needed a second graph to show a shorter curve, less quantity, but the same equilibrium price. 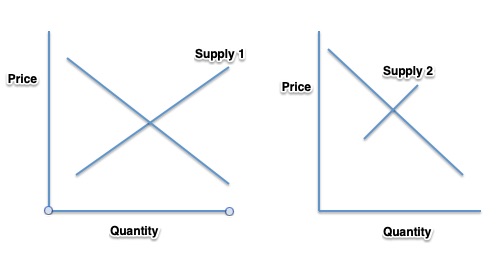 So yes, the supply problems are different but demand side sadness is the same.

My sources and more: The story of The Bell hotel is here, here, and here. Meanwhile, People, and Food and Wine explained the tortilla shortage.

Finally, I will admit that I have never been to a Taco Bell.