Why Healthcare Spending Might Be Less Than We Think

This Reuters headline is typical of the news about our healthcare spending:

The Reuters article tells us that “doctor visits and hospital stays aren’t the problem.” Instead, it’s drug costs.

In a new study, a Columbia Business School professor disagrees.

What We Get From Our Pharmaceutical Spending

From a cost effectiveness perspective, the drugs we take are reasonably priced. Here though, rather than looking at affordability, researchers priced a YLL–year of life lost. Looking at 66 diseases in 27 countries, they concluded that the pharmaceutical expenditures for each life year saved before age 85 totaled $2,837. At 8% of per capita GDP, the amount was called “very” cost effective. Then, using more extensive data from a subset of 22 countries, they estimated that 148.7 million life years were gained.

Essentially, they just wanted to figure out how much longer people lived because of new drug launches. Looking at the decline in mortality rates, they helped us imagine a counterfactual in which the drugs did not exist. The results? Had there been no new drug launches, then the years of life lost would have been 2.16 times higher than it was. They also commented that drugs elevate the quality of our lives when they diminish physical disability.

As we might expect, pharmaceutical innovation extends lifespans. However, new drug launches vary considerably from one nation to the next and for different diseases.

You can see below how nations vary: 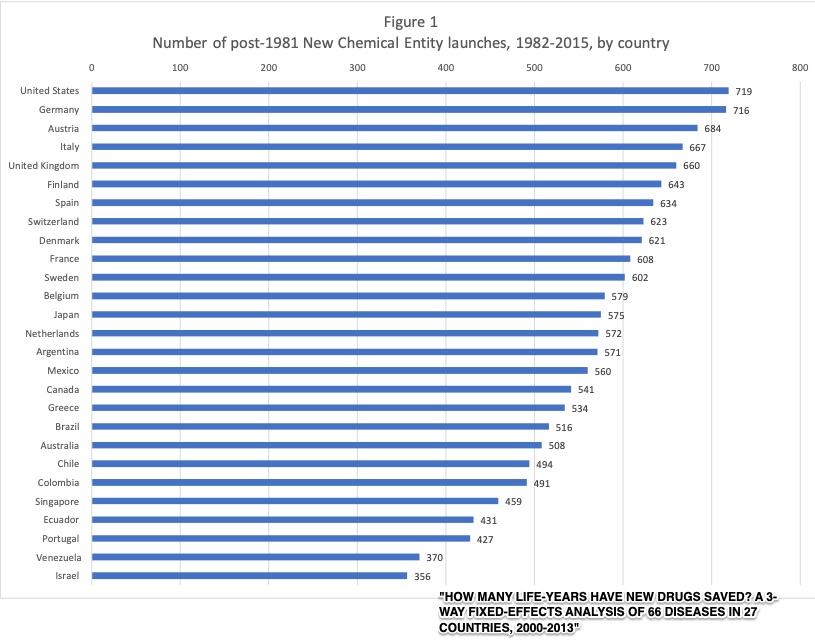 And also, the number of drug launches for diseases take us to vast differences: 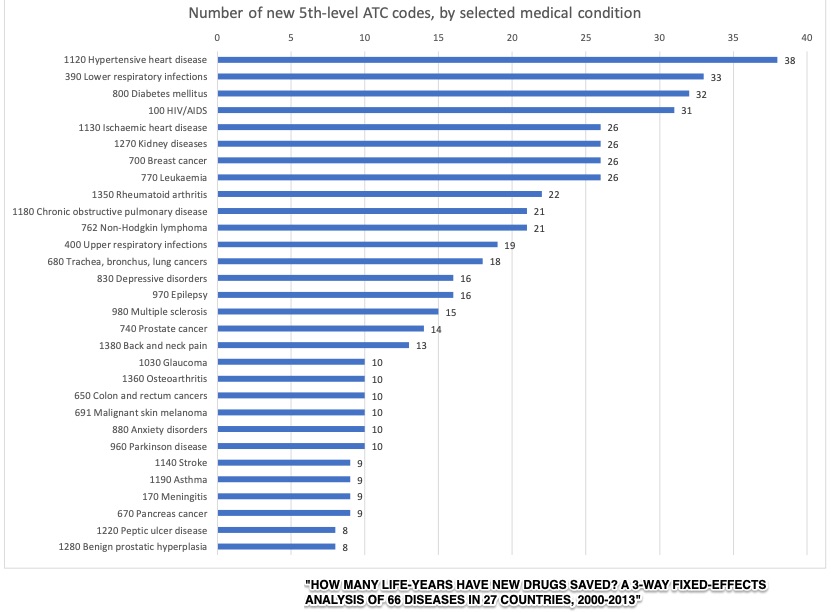 So yes, we can see the cost effectiveness of pharmaceutical innovation. But as the study’s author points out, we have not considered affordability. It is indeed possible, that the affordability component was the reason that countries did not launch certain drugs.

And, as we debate drug spending in the United States, I wonder whether we will establish a new balance among cost effectiveness, life years gained, and affordability.

My sources and more: Thanks to Marginal Revolution for alerting me to this summary of Dr. Lichtenberg’s research. If you want to read more, this is the original paper and a Reuters article with conflicting statistics.

A New Way to Look At Air Rage

The Secret Reason We Want Our Thin Mints