When a rock star food writer decided to open a beer hall, little worked out as he expected.

Where are we going? To the difference between a food writer and an economist when looking at a new dining establishment.

Kenji López-Alt is a scientific food writer who likes to ponder why it matters when you salt your meat. He considers how a surface to air ratio can change the taste of food. He wondered if city water improved New York pizza. (It doesn’t.)

I was captivated by his video on boiling eggs:

López-Alt was approached by friends of friends who owned a bar. They were going to open a beer hall and asked him to become a chef partner. It was supposed to be a casual, family-friendly, upscale place for beer and sausages. He said yes because it sounded like fun. After lining up investors, they started planning Wursthall.

The food was an initial consideration as well as finding the building and hiring the architects. They had to decide if the service style was closer to a bar or a restaurant. Their employees would include a kitchen and wait staff. Combining German with California, López-Alt created his own recipe booklet. It was a low-price high volume concept that focused on sausages and sandwiches.

I copied a small section from their website menu: 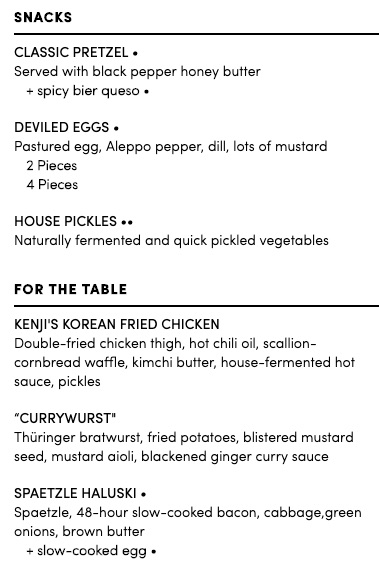 Right after opening the problems ranged from backed-up toilets to splotchy pretzels to  unacceptably slow service. They realized there was a lot to figure out.

On Freakonomics, Kenji told his story.

Our Bottom Line: The Economic Lens

An economist might have told less of a story and more about the factors of production.

We could simply start with the land. Wursthall is located in San Mateo, California on Baldwin Avenue: 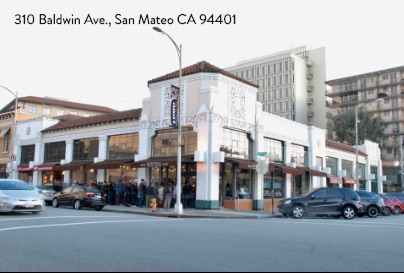 Providing potential and its constraints, their capital included a building, equipment, chairs, tables, computers, and inventory. They began with the building. Old, large, historic, it had good light. It would determine their capacity and even whether they could make their own sausages. For the sausages, the decision was no because they needed a refrigerated room. Otherwise sausage crumbles when you grind and mix it. Their doner kebab spit did not work out because the vegan meat fell off. Making the meat into hamburgers (inventory) became the only solution,

Hiring the labor for a wait staff and kitchen help, they soon concluded that dependability was more important than skills because of too many no-shows.  As for adding to their human capital, there was lots to learn. Because individualized sausages created very slow service, they had to develop a new system for adding each diner’s sausage topping. The pretzels were getting wet and splotchy because they arrived in the morning with salt that drew out their moisture. So they actually invented a squeeze bottle to shoot salt on pretzels before serving.

Yes, there is lots more but you see the different perspectives. A food writer has a story to tell with the food his focus. Meanwhile, the economist sees a production unit that uses land, capital, and labor to make the restaurant’s goods and services.

My sources and more: The Freakonomics episode on Wursthall was a great listen. While it had all the facts, if you want to read more, you could enjoy Kenji’s columns and videos at seriouseats and his book, The Food Lab. While cooking is not my specialty, the science side of Kenji grabbed me. In addition to the video (above) all you could ever want to know about hard boiled eggs is here.

What the IRS Says About Panera's Pay What You Want