Danish Dads get a two-week paid leave from work when their babies are born. After that, together with a spouse, they get another eight months that they can split. When one stays home, the other goes to work.

Sounds pretty equal? But it did not work out that way.

Our story starts with a cultural norm that is tough to change and then some economics.

In Denmark most women do more of the child care and the housework. Consequently, men do not expect to take even half of those eight months at home while their wives go to work. The work culture precludes it and many wives don’t expect it or even want it.

Meanwhile, maternity leave creates the incentive for employers to discriminate against young women through less pay and less competitive job opportunities. For her legal leave, a pregnant woman could depart four weeks before the baby arrives and then for 32 weeks after. When she is gone, it is likely that for awhile she will get full pay and then a government stipend. (It all depends on what her union negotiated.)

The result is a self-perpetuating gender pay gap. Employers pay women less because they expect them to take an extended maternity leave. Because their wives earn less, men refuse their paternity leave and continue their march up the work ladder.

So, even when a country has a generous paternity leave policy, it won’t narrow a gender gap if the dads don’t take it.

Our Bottom Line: The Childcare Penalty

Many countries do offer paternity leave: 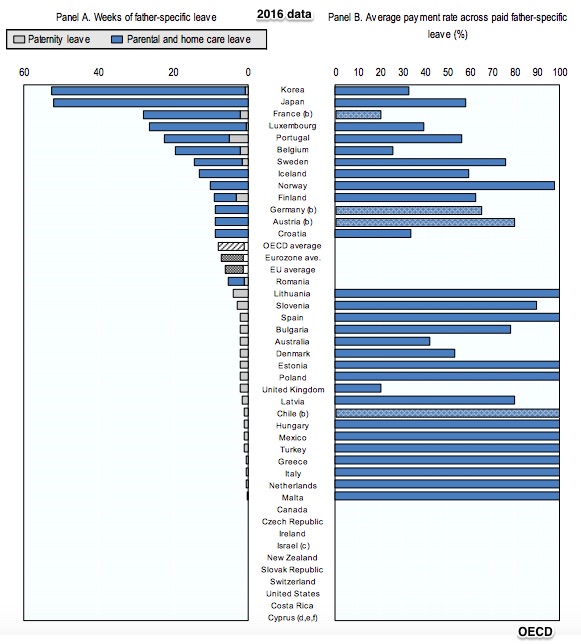 And even more have maternity leave. 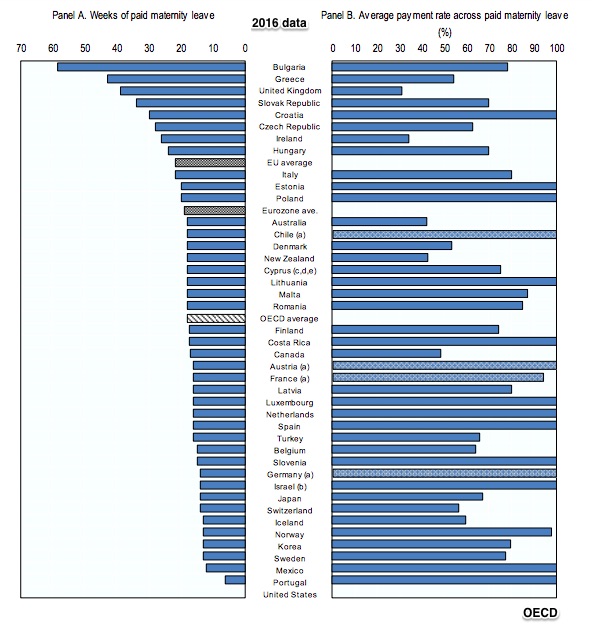 Still though, children affect women’s wages, how many hours they work, their job opportunities, and where they work.

After the first child, a women’s earnings drop: 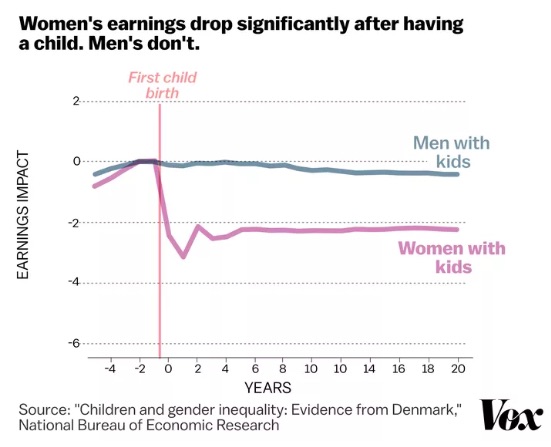 So yes, generous paternity leave policies could benefit women at work. But only when it becomes the norm for men to take them.

My sources and more: Vox’s The Impact podcast and this article took me back to the paternity leave issue. But for an up-to-date look at the reasons for the gender pay gap, this paper is ideal as is this OECD report.

The Gift You Didn't Want