Everybody in the U.S. knows that eating an Oreo is an experience. You split open the cookie, slowly swallow the filling, and then submerge its chocolate remains in your milk. At Kraft they call it, “Twist. Lick. Dunk.”

When the Oreo team brought their cookie to China in 1996, they expected that familiar enthusiastic response. Instead, sales were tepid. Consumers said the taste was too sweet and no one knew to “twist, lick and dunk.”

Taking a second look at the Chinese chocolate cookie eater, Kraft decided to redefine the Oreo experience. They made the cookie less sweet, created a cylindrical/straw-like Oreo that dipped but did not divide, and developed nonwhite fillings. With the new product, they marketed a cheaper package that more people could afford and an ad campaign that introduced the dunk in the milk concept. Soon they had a big hit.

Now, with hot chicken wing and wasabi, the Chinese Oreo is again evolving to rather surprising taste territory: 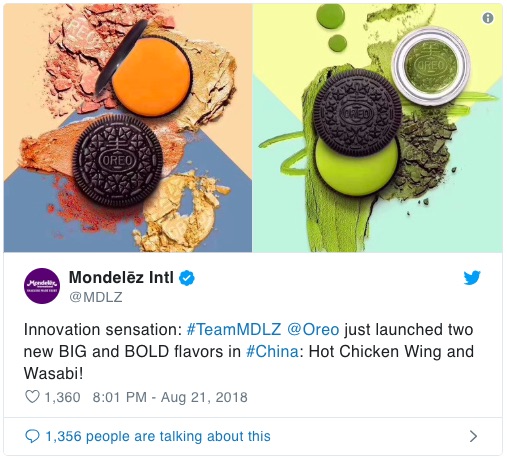 Where are we going? To how the world looks at chocolate.

In a list of 24 countries, the Swiss eat the most chocolate in the world and the Chinese, the least: 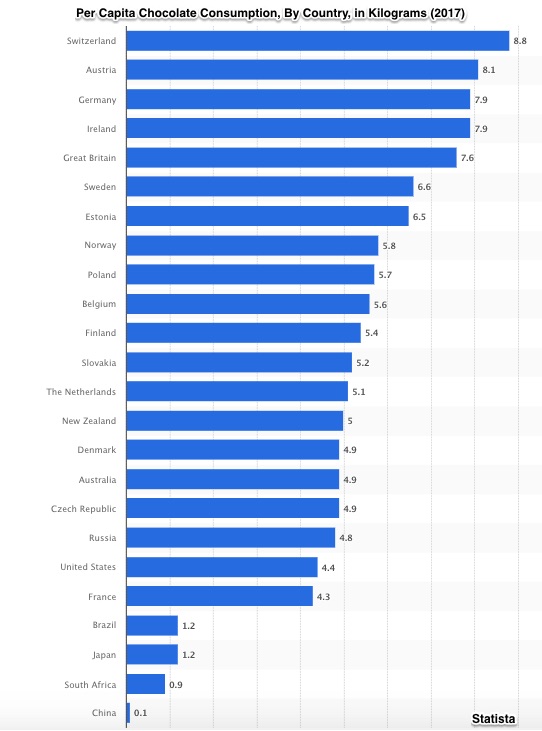 However, like Oreos, all chocolate is not the same.

With chocolate, the world is not one big melting pot (sorry). Instead, it typifies the differences that most multinational firms need to recognize.

Looking back at how U.S. manufacturers globalized, we can start with the 18th century New England merchants who facilitated trade through their ships and financial connections in Great Britain and Europe. Next, during the 19th century, businesses like I. M. Singer & Co. (sewing machines) secured foreign patents, sold exclusive selling rights to representatives abroad, and established foreign manufacturing facilities. Then came the foreign subsidiary through which the multinational firm increasingly took on the identity of its home away from home.

And that returns us to wasabi Oreos.

My sources and more: If you want to read more, this NPR Oreo tale is a good start with WSJ continuing the story. Then, for the current update, USA Today and Delish are possibilities as is gfluence for chocolate preferences around the world.

Please note that our Oreo in China history was previously published in an econlife post.