What We Do and Don’t Know About Immigration

In new research about immigrants, three Harvard economists explored the connection between attitudes and redistribution. They wondered if natives’ beliefs about immigration and their support for government assistance were related. To get some answers, they distributed surveys to approximately 22,500 people in six countries (U.S., U.K., Sweden, Italy, Germany, France).

The results indicated that many of us are misinformed.

I’ve selected five of the topics that the survey covered. Because the survey questions were much more detailed and carefully sequenced, you can see only a glimmer of their analytic potential. Still though, these topics do reveal the complexities of the immigration debate and the inaccuracies on which it can be based.

The survey participants thought that immigrants represent a much larger share of the U.S. population than their numbers indicate. Some estimated as much as 50%. The real number is closer to 10%:

In the five other countries, you see similar misinformation: 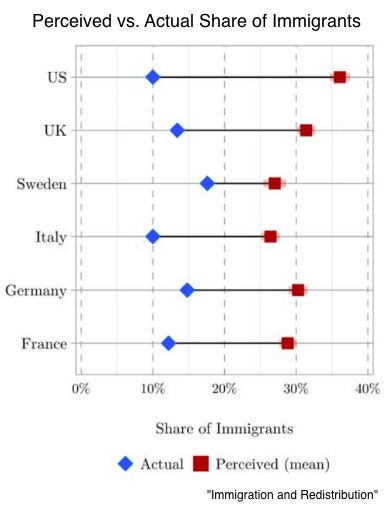 Many of us inaccurately expect immigrants to be unemployed: 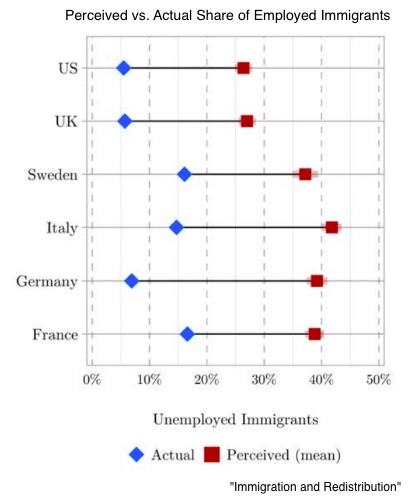 We also are underestimating the number of immigrants with higher education: 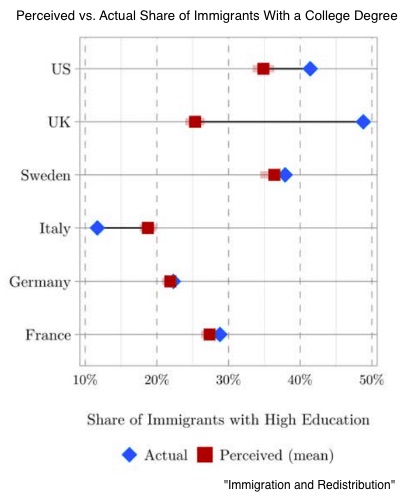 And over-estimating the numbers with less education: 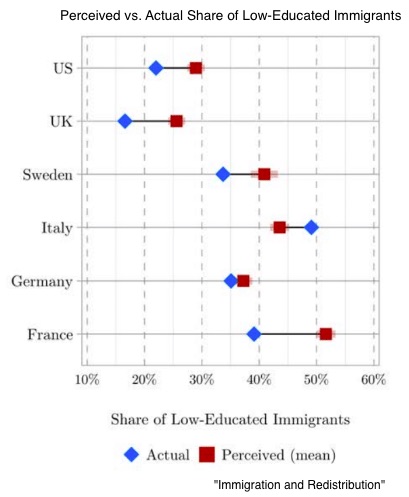 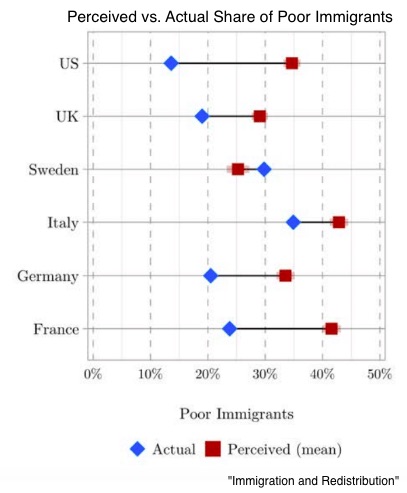 We tend to overestimate Muslim migration: 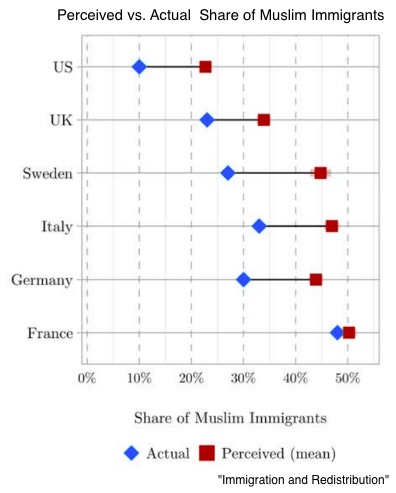 And underestimate the Christian immigrant population: 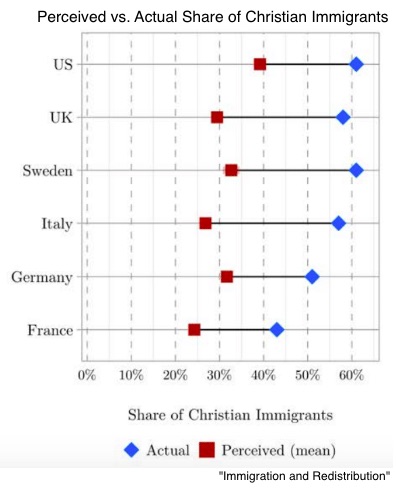 In its final comments, the study asked the impact of being misinformed. Their conclusion? We wound up with some correlation and perhaps causation as well. What people believed impacted their attitudes about redistribution. The natives with a negative opinion about immigrants thought that they deserve less help from government.

Defined as the most desirable alternative, the opportunity cost of a decision is what we sacrifice. It is what we did not do. It is pizza we did not eat or the year at college that we postponed. To make those everyday decisions, the following table could come in handy.

It also would be useful for determining informed immigration policy: 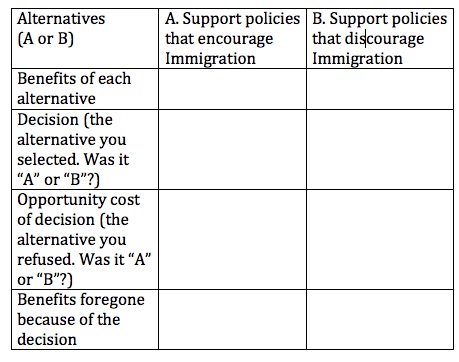 My sources and more: This econtalk podcast was a “good listen” during one of my walks. It was based on this paper. Finally, complementing the contemporary foundation of the Harvard study, some history is here in an NBER study.

Why We Suffer From FOMO