The Waze Wars That Locals Were Losing

It just got tougher to sidestep hour-long GW Bridge delays by wiggling through tiny Leonia, New Jersey. A new law says that only residents can drive through the town during the morning and evening rush hour. Employees of local businesses are also allowed. 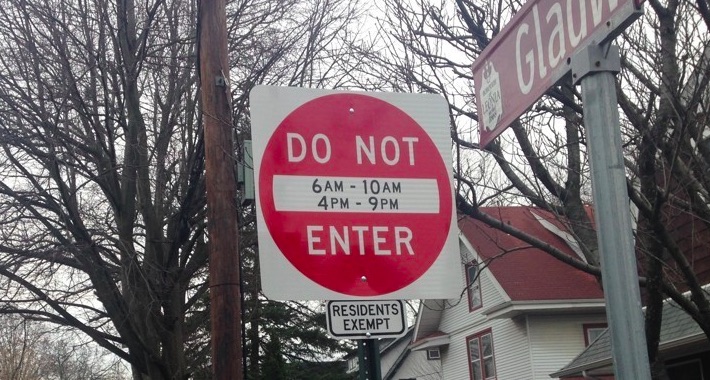 Where are we going? To why everyone can’t do the same thing.

But first our traffic story…

The Waze app and others like it have created a dilemma.

When they divert thousands of cars to neighborhood streets, the drivers are happy. During rush hour, I gleefully cut though Jersey City to get to the Holland Tunnel or Weehawken when Lincoln Tunnel traffic is at a standstill. Now though I realize the downside for the locals.

Below is one Leonia neighborhood before the new law. A resident said sometimes she couldn’t even leave her driveway: 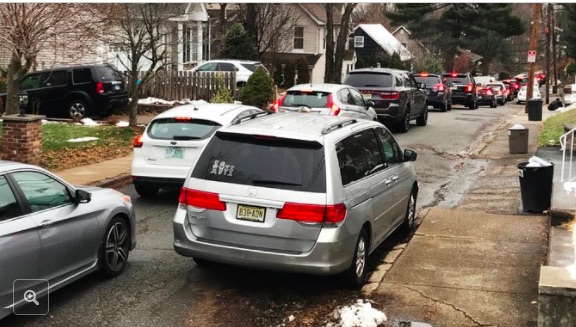 But Leonia is the only one to just say “No.” Since January 22nd, they’ve closed approximately 60 streets to non-residents. Those who “belong” there during the morning and evening rush hours were given yellow tags to hang in their cars. Others can expect a $200 fine.

According to town officials, the response has been mixed. While many are pleased, local businesses miss the lost revenue. Nearby communities have also complained. They say that their residents could have access problems if they cannot drive through Leonia.

So, is this okay? An economist might cite the fallacy of composition.

Called the fallacy of composition, sometimes what works for an individual is bad for the group.

If one farmer has a bumper crop, she can take advantage of high prices. However, when everyone harvests more, the supply curve shifts to the right and price plunges. Similarly, government can guarantee a demand deposit or a mortgage but if everyone needs a simultaneous bailout, we have a big problem.

As for Leonia, one municipality can restrict its roads primarily to residents. But when all do, no one can go anywhere. As a result, does New Jersey have to void Leonia’s traffic ordinance?

My sources and more: In its daily email, City Lab had the Leonia story and the NY Times had reported on it during January. But if you read just one article, do go to the Washington Post. Finally, for some economic analysis that I don’t mention, you might enjoy pondering whether Leonia’s roads are public goods by reading what economist Tyler Cowen says at econlib.

Please note that I call Leonia a town but it is actually a borough.

The Mystery of the Disappearing Credit Card Signature