The Food Fights Between the U.S. and China

During the 1990s, no one in the U.S. cared about chicken feet. Used for animal feed, they were close to worthless. But they became big business.

Chicken feet (called paws in China) are a perfect U.S. export. Plump because we grow big chickens and scarce since there are only two per bird, U.S. chicken paws are a Chinese delicacy. Or, as one poultry executive explained, “Thankfully, paw exports are a win/win: The Chinese get more of what they love and we get the employment and profits from a part of the chicken that otherwise wouldn’t have much value.”

Similar to chicken paws, the Chinese prefer parts of pigs that most of us don’t consume. Talking to “Planet Money,” Illinois hog farmer Brian Duncan named those parts. They are called variety meats: 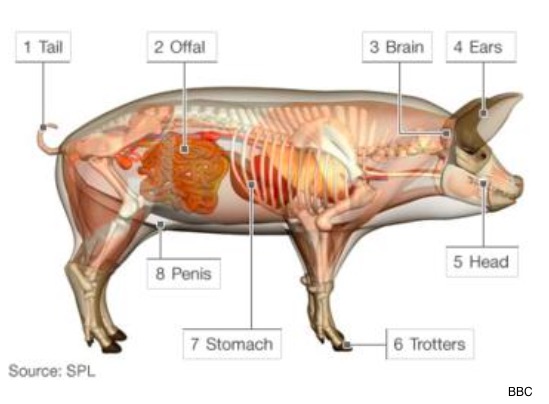 Mr. Duncan and other hog farmers are worried about the 25% retaliatory levies on hogs that China threatened as a response to our steel and aluminum tariffs. China has become the second largest recipient of U.S. pork and pork variety meats: 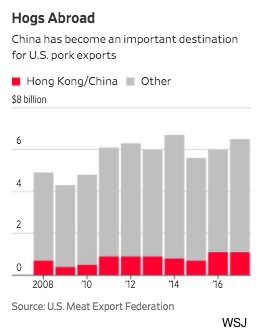 And this is Brian Duncan. (Living 883 miles from Polo, Illinois in suburban New Jersey, I found it helpful seeing him and hearing that his farm, totaling 70,000 hogs, is considered small.): 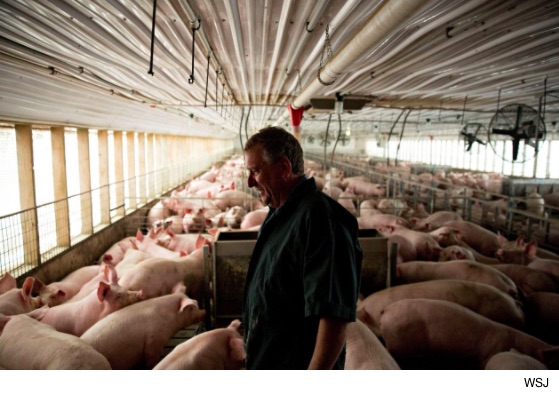 Fighting over tariffs with China is nothing new. During the Obama presidency, the U.S. initiated 16 WTO (World Trade Organization) anti-dumping cases against China.

As for chickens, the U.S. just won a WTO ruling against China. That ruling was just one episode of a multi-year trade saga that included a U.S. tariff on Chinese tires, a Chinese chicken tax retaliation, and a WTO decision for the U.S. We could go on and on but you get the picture. The current trade dispute is not entirely new.

And yet it is.

Rather than going to the WTO, the Trump administration has entered uncharted (and dangerous) trade war territory.

U.S. hog farmers are concerned that Chinese importers will buy less from them if a 25% tariff is levied. Using an economic lens, you can see below that tariffs increase prices by crossing the domestic supply curve at a higher point: 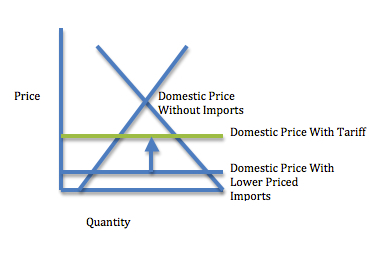 Whether that price increase is large or small for individual consumers, together we wind up with a massive cost.

My sources and more: Thanks to Planet Money making my four-mile daily walk more interesting with their visit to an Illinois hog farmer. From there, I returned to an econlife post on chicken tariffs, and to a Reuters and a WTO update. Finally if you still want more detail, I recommend this WSJ look at the current tariff exchange. Most excellent though was this Vox summary of the WTO.

Note: Several parts of this post were published in a past econlife and it was slightly edited after publication.