With infrastructure in the news, let’s see today how most projects are about much more than steel, asphalt, and federal funding.

In Breezewood, Pennsylvania, they never built a bypass that connected Route 70 to Route 76 because the federal government, the state, and local authorities each refused to pay for it. Instead, they wound up with a loop that created massive congestion as traffic moved through town to get from 70 to 76.

The American Transportation Research Institute estimates that truck drivers waste 142,363 hours each year by driving through Breezewood. Local legend says that Clint Eastwood never paid a speeding ticket that he got in Breezewood. But most doubt his car could have moved that quickly.

The Breezewood bypass is just a teeny part of the U.S. infrastructure that the American Society of Civil Engineers divided into these nine categories: 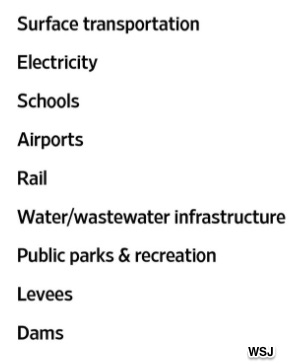 But to see the complexity of the U.S. infrastructure, these wonderful Washington Post maps display what any spending plan really involves:

Powered by coal, hydropower, wind, and natural gas, the U.S. electrical grid has more than 160,000 miles of high-voltage transmission lines: 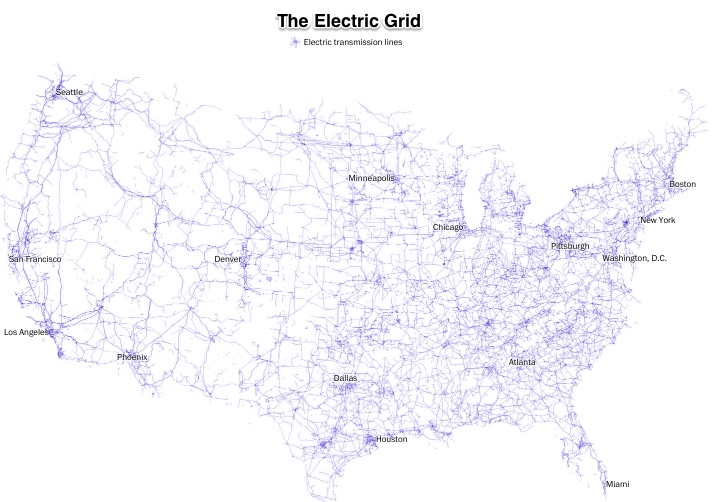 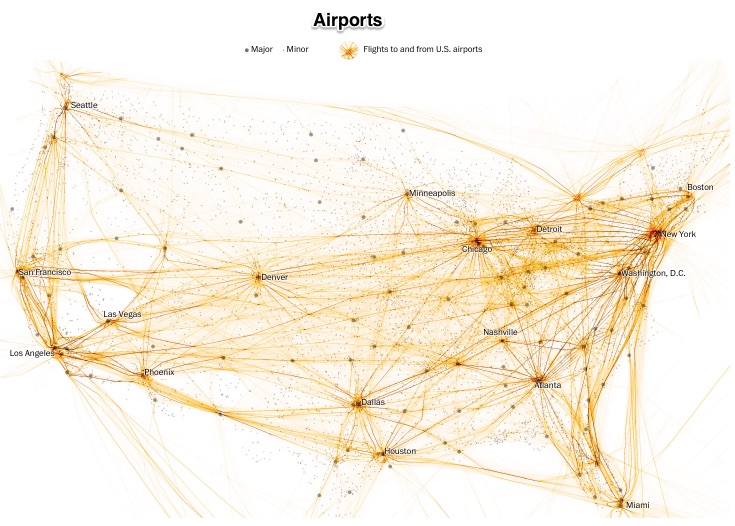 Among the 600,000 (approximately) bridges in the U.S., Iowa has the most that are structurally deficient: 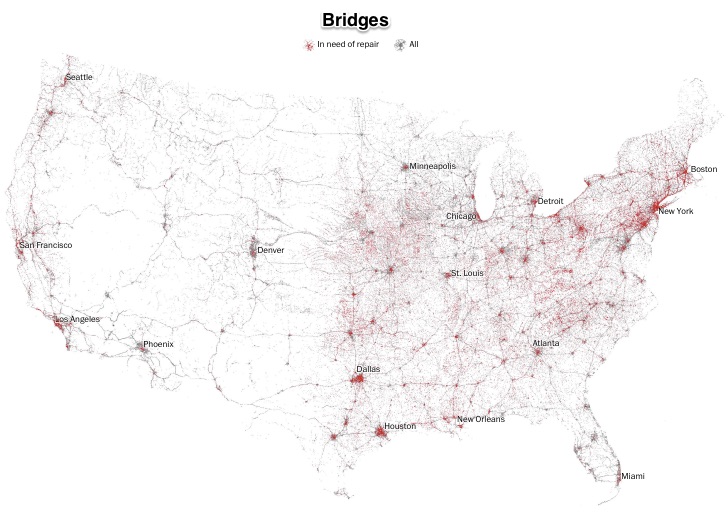 With our local example coming from Breezewood, and the big picture from the Washington Post’s maps, our last step is the money.

Yes, the media talk about federal, state and local funding. But how were past projects funded? Below, the Pew Charitable Trust created an excellent summary. The message they send is that funding has always been tilted toward the state and local level: 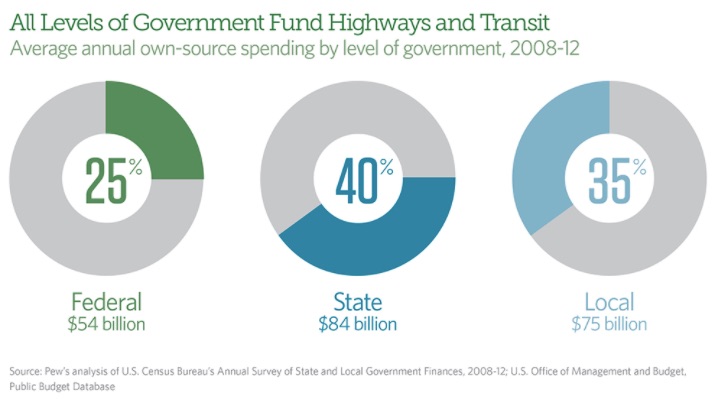 Most crucially though, below, you can see who pays. Recalling the quote attributed to House Speaker Tip O’Neill, “All politics is local,” we can say that all transportation spending is state and local.

The funding flows for surface transportation: 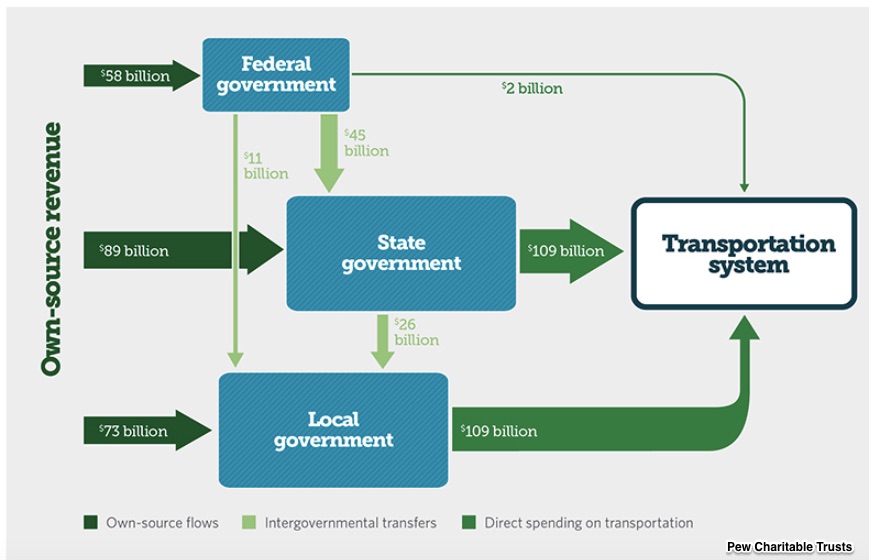 Where does all of this leave us? It takes us to what fractal mathematician Benoit Mandelbrot said about the British coastline. From afar we see the big picture of a smooth curving line. But look more closely at the coast (or U.S. infrastructure) and you see its countless zigs and zags.

My sources and more: If you would like to read more about the Breezewood project, do look at this econlife and the NY Times. Equally rieting, there are additional maps at the Washington Post and more about spending at Pew. But if you just want an up-to-date summary of the Trump proposal, I suggest The Hill and WSJ.

Why Valentine's Roses Bloom in Colombia

What Men and Women Want in a Mate