The Problem With a Bendy Straw Law

The bendy straw was invented at the Varsity Sweet Shop in 1937.

Where are we going? To why it’s tough to eliminate the bendy straw.

But first some history…

The Invention of the Bendy Straw

Sitting at the Varsity Sweet Shop counter, Joseph Friedman noticed that his little daughter was having difficulty drinking her soda. So he took her straw, placed a screw inside of it, and tightly wrapped some dental floss around the straw. After removing the screw, he wound up with ridges…the first bendy straw.

This is what he did:

And this was his design for a patent: 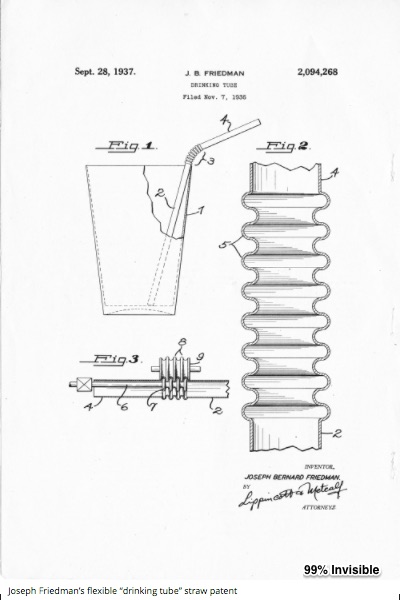 It took a decade for the idea to catch on. At first, only hospitals were excited. They saw the bendy straw could save labor and increase sanitation. 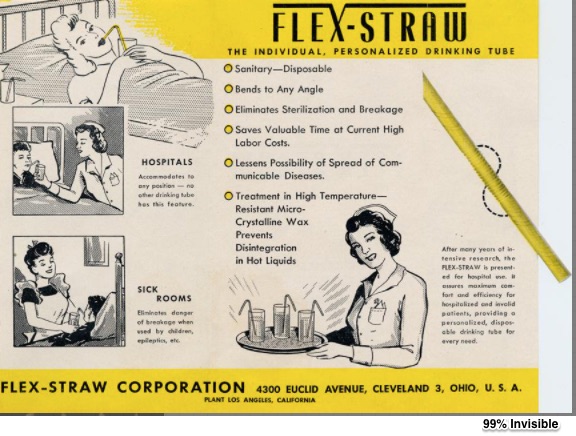 But then, the rest of the story is history. From restaurants to bars to kids’ juicy juice boxes, our plastic bendy straws are a part of our lives. In fact when one Washington restaurant tried to eliminate them, bartenders got fewer tips and diners were furious.

Because bendy straws are made from plastic, because we might use hundreds of millions of them a day, and because we do not recycle them, California’s lawmakers are talking about them. At first people thought waiters could wind up in jail for serving a drink with a plastic straw if #AB1884 passes. But the majority leader clarified the mandate. His hope is to have us ask for a straw if we want one: 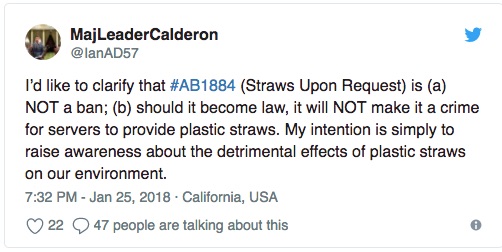 The idea is not new. Starting in July,  Seattle will ban plastic straws and utensils. In California, Davis and San Luis Obispo already require patrons to ask waiters for their straws.

I wonder if we are so attached to our straws because they are complementary goods.When we demand one item, we automatically want its complement. Like peanut butter and jelly or iPhones and their carrying cases, our bendy straws accompany our drinks and juices.

How then to minimize their use?

My sources and more: I started reading about the bendy straw at 99% Invisible. Only the beginning, their article took me to  Munchies and then to the Washington Post and the Sacramento Bee. I recommend all. The topic just sucks you in! (Sorry)

Six Facts We Need to Know About Social Security