What Not To Tell During a Job Interview

Assume that a new employee in a similar position will be earning more than you. Your attempt to get a raise does not work so you look for a new job. In most states, you could have a problem.

Only California, Delaware, and NYC have implemented a salary question ban that covers all public and private employees: 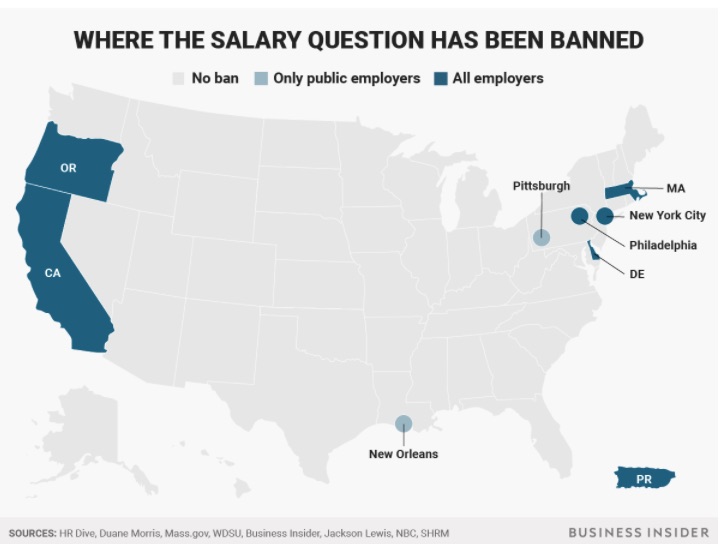 During a job interview, it is tough to dodge the salary question. If someone asks what you earned in a previous job, you could answer with a targeted salary range. But the dialogue could get uncomfortable, especially with unfair pay.

And that takes us to women and the gender pay gap. The media tell us that women earn 79 cents for every dollar that men are paid. Although the real gap is much more complicated, for today, let’s stick with that number.

At a new job, you could narrow the gap by starting on a higher rung of the wage ladder. However, your previous salary could diminish a pay offer. To eliminate the influence of your wage history, laws are multiplying that prohibit the salary question during job interviews.

You can see below where laws banning the salary question have been passed and proposed. Since the graphic was created, Delaware and Oregon passed legislation. The Delaware law kicked in last month while Oregon’s will not be in effect until January, 2019. 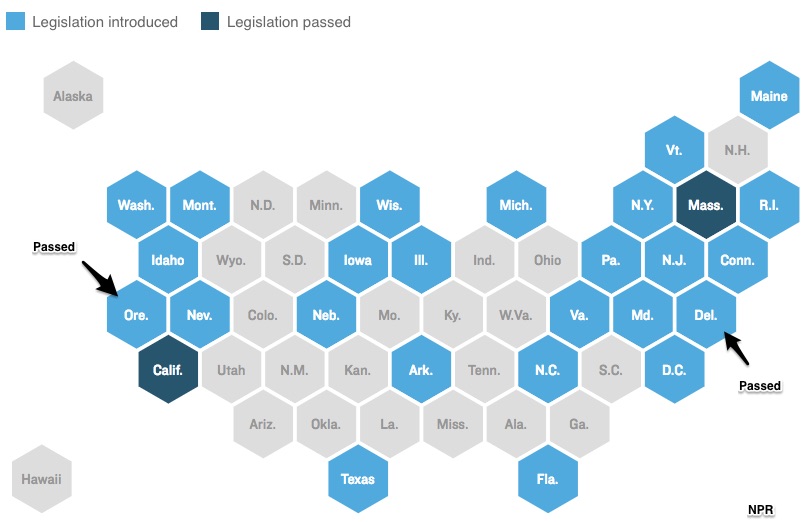 Our Bottom Line: The Anchoring Effect

In Thinking Fast and Slow, Nobel laureate Daniel Kahneman discusses a supermarket sign that limited soup purchases to 12 cans. When the sign was up, shoppers bought more soup than when there was no cap. Similarly, when asked how long Mahatma Gandhi lived, the question made a difference. Respondents offered a higher answer when they were asked, “Was Gandhi 144 years old when he died?”

The anchoring effect links soup purchases and Gandhi’s life span. As a number that influences our subsequent behavior, the anchoring effect can justify the salary history ban. When told a lower number, a prospective employer might offer less.

My sources and more: Thanks to NPR for alerting me to the dreaded interview question. BusinessInsider was also a handy source through their states overview. But for some insight, do look at the XXfactor at Slate.