People living near Portland, Oregon were recently told to hold on to many of their plastics. The local recycler was no longer accepting them.

Where are we going? To a massive shift in waste.

China has told the WTO (World Trade Organization) that it will no longer take 24 kinds of waste. The decision was a whopper. As the prime destination for the world’s recyclables, China gets a lot of our waste. 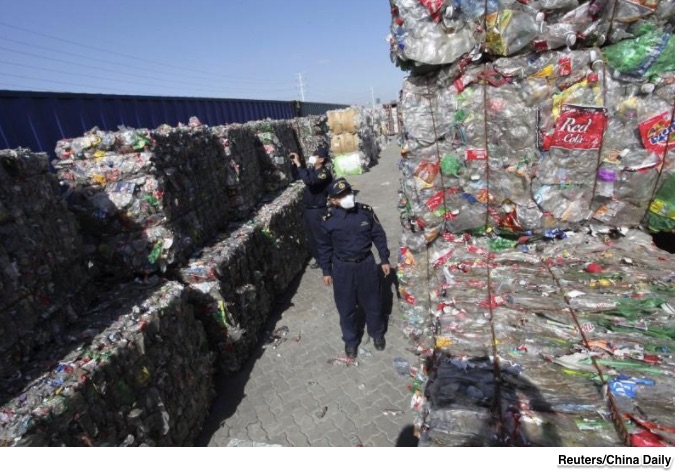 As polyethylenes imported from the U.S., the images will soon be very different.

China recycled 56% of the world’s plastics. It received 20 million tons of US scrap metal in one year. It got hundreds of thousand of tons of waste paper.

Last year, it told the WTO that, “By the end of 2017, China will forbid the import of 4 classes, 24 kinds of solid wastes, including plastics waste from living sources, vanadium slag, unsorted waste paper and waste textile materials.”

The result will surely be a ripple of externalities. Hong Kong’s elderly waste paper collectors will lose their income. Portland and other municipalities will lose the income they received from selling recyclables. On the other hand, makers of virgin polyethylene (like DowDuPont) will have a new market. In the EU, Australia, Japan, Korea, Hong Kong and the U.S., countless businesses will rethink the flow of waste.

Quartz said that when China sneezes, the world…you know.

My sources and more: Always interesting, Quartz reminded me that it was time to return to China’s recycling role. The Quartz article had multiple superb links. It took me to documents that ranged from a WTO notice to an Oregon metro article. I also read what is happening to communities in California and this Bloomberg analysis.

What Not To Tell During a Job Interview

The Rise and Fall of Organic Milk