How Many Peanuts Are in Real Peanut Butter?

Ruth Desmond was a 1960s housewife who regularly attended and then reported on FDA hearings in her newsletter. During one meeting she said to General Foods attorneys that peanut butter with less than 95% peanuts should be called “peanut spread” or “cold cream.”

During the 1950s, Ruth Desmond first contacted the FDA about chemical additives because she was concerned with her husband’s cancer. Realizing that food preparation was increasingly in the factory instead of at home, Mrs. Desmond wanted to know who made sure that her food was safe. The person on the other end suggested that she attend a hearing to learn more.

A picture of Ruth Desmond, taken by her daughter: 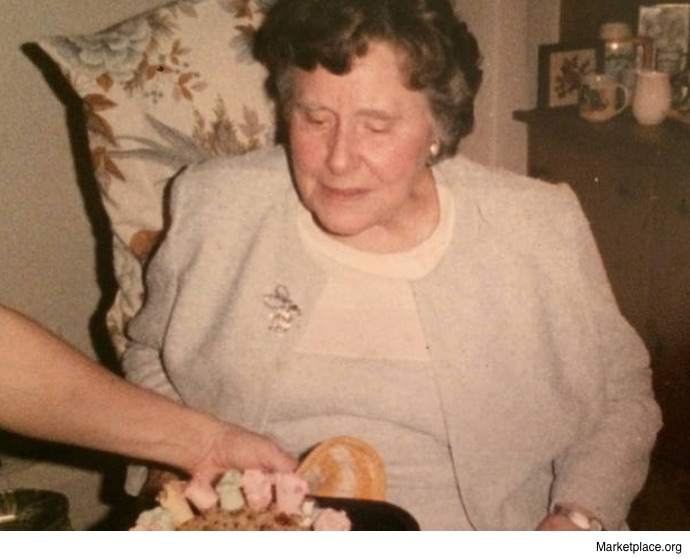 We should note here that Ruth Desmond was not a think tank associate nor a college professor. She was a wife and mother with a very good brain. I suspect her matronly image at FDA hearings helped her learn more than she otherwise would have known. The result was a highly effective consumer activist.

Peanut butter attracted Ms. Desmond’s attention after Procter & Gamble’s Jif was introduced. More appealing to the palate than Skippy and Peter Pan, Jif had fewer peanuts and more oils. While Jif was 75% peanuts, the leading brands were closer to 90%. Add to that, Jif’s “Crisco base” of hydrogenated oils and, according to Mrs. Desmond, you get cold cream, not peanut butter.

A pre-WW II tin of peanut butter from the Derby’s subsidiary of Swift & Company: 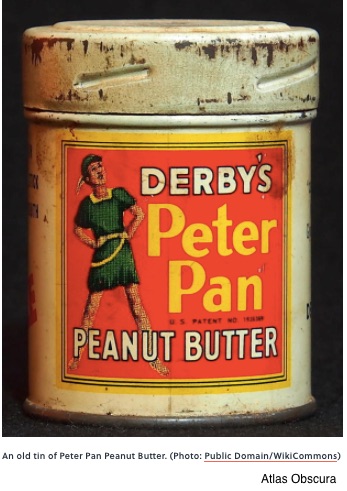 Their final decision was it had to be 90% peanuts. But the oils that stopped it from separating were okay as additives.

Nudged by Ruth Desmond, the FDA standardized the definition of peanut butter. So today, when we buy any item labeled peanut butter, we know that it is made from at least 90% peanuts.

Looking back to 18th century France, you can see why all of us need standardization. The size of a pint could have varied by 20% between villages. And that was just one metric. Imagine dealing with many when buying and selling merchandise.

Today in the U.S., NIST (National Institute of Standards and Technology) is the place to go for a measurement standard. Whether you want to know the duration of a second, the length of an inch, or the standard chemical properties for peanut butter (#2387), NIST has it.

But for the peanut butter standard in the supermarket, we can thank the FDA and Ruth Desmond.

My sources and more: During three 4-mile walks, I enjoyed the story of the peanut butter grandmother. Complementing the excellent podcast series, this Washington Post article had some good quotes and Atlas Obscura had more facts. But the best written source was this paper.

Please note that several sentences in Our Bottom Line were published in a past econlife post.