The Power of Saudi Female Drivers

By royal decree, a Saudi woman can drive by June 24, 2018. But she still might need permission from her husband to buy a car.

Narrowing the Saudi gender gap will be complicated.

First, let’s see where the gender gap is now.

A male guardian–a  brother, a husband, a son–remains in charge of a woman’s financial and legal decisions. He buys property and opens bank accounts. He okays her travel plans and even certain medical procedures. Unable to drive, women depend on male relatives and hired chauffeurs.

In the WEF Global Gender Gap Report 2016, Saudi Arabia ranks 141 out of 144 nations. The takeaway from the Report is female underutilization. The labor force participation rate among women with advanced degrees is 57%. For men it is 95%. Compared to men, women have an education and they have health. But their participation in the economy is way below where it might be. 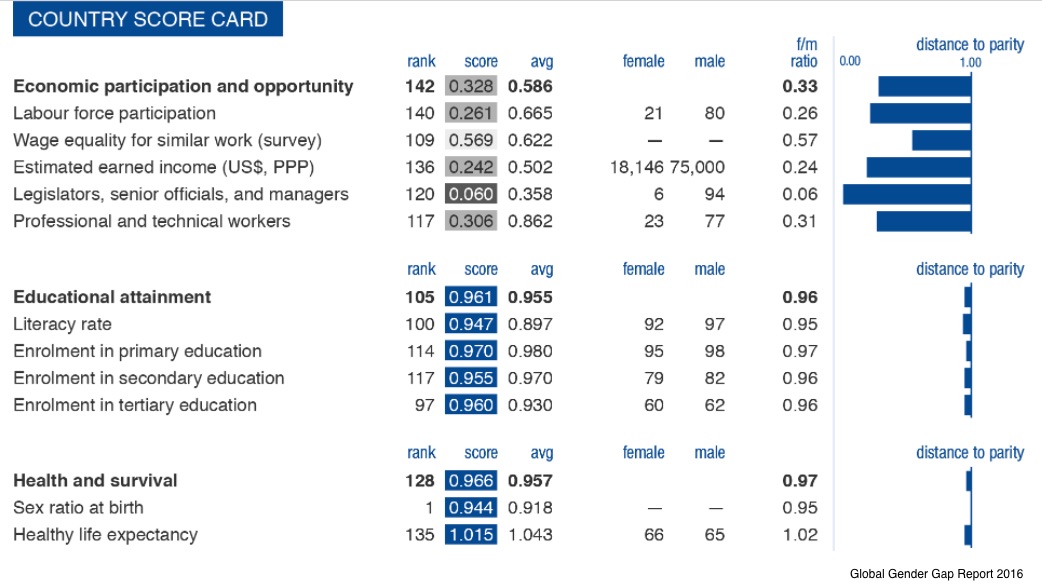 Female mobility can transform social norms. With less influence from a male guardian, at home women have more power. Their spending changes. At the least, Uber gets less and spending elsewhere increases.

Similarly, job markets change. With more women working, and men interacting with them, women gain power. There are close to  one million drivers who might have their jobs threatened. The car business could benefit.

As you can see, this driving baby step relates to a gargantuan social norm. As it gets eroded, everyone is affected.

Taking a huge leap, I suspect we can sum up the momentum created by the multiplication of female drivers with a production possibilities graph.

With the dot representing now, and the line the Saudi potential, we see massive underutilization of their talent. However, with driving, that dot can move closer to the curve.

My sources and more: A good starting point, WSJ looked at Saudi women drivers from one perspective and Quartz from another. But there was much more. Because each article has a slightly different spin I also suggest the Washington Post and the NY Times. And, the WEF Global Gender Repot 2016 is here. Finally, econlife has looked at a Saudi driving activist.

Why the Panama Canal is Bigger and Better