How to Get Team Chemistry

In Major League Baseball, sometimes you can look at everyone’s individual statistics, combine the numbers, and predict the outcome. But when your expectations are far less than the results, you can bet that some other ingredient boosted the team’s performance.

Where are we going? To human capital.

The diameter of the Chicago Cubs new locker room is 60 feet 6 inches–precisely the distance from the pitcher’s mound to home plate. It has nightclub lighting and space ship ambiance.

But do consider the design. The razzle-dazzle is just surface. Because the room has a circular design, much more is going on: 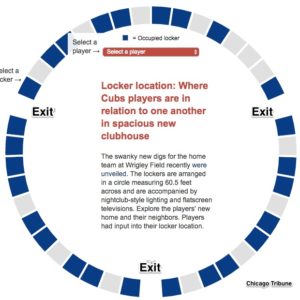 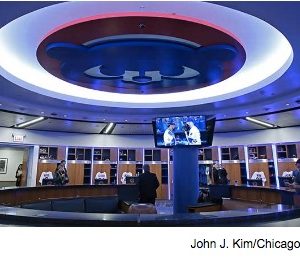 Through a circle, the Cubs management hoped to encourage collaboration. Getting somewhere, you have to walk around. Management wanted random encounters between players who might not necessarily chat.

Explaining another purpose of the locker room set-up, team president Theo Epstein said, “…there’s no one player who has a loftier position or loftier stature than any other player. They’re all equals. They’re all teammates.”

Former MLB catcher Dave Ross could be called an overachiever. At .229, his lifetime batting average was mediocre. However, a Dave Ross team had more of a chance at being a winning team. In 2013 (Boston Red Sox) and 2016 (Chicago Cubs) his team won the World Series. In a 15 season major league career, he was in 25 postseason games.

Researchers knew there was something about Ross that elevated a team’s potential. When Ross was there, a team’s performance was greater than the combined statistical reach of each of the players. In an MIT Sports Conference paper, researchers said that Ross is “someone who made everyone around him better.” He was the “glue guy,” the player whose “contribution to the performance of others is much greater than his own.”

As economists, we can say that team chemistry returns us to human capital. In baseball and beyond, there is a synergy between people and good design and one person and the rest of the group that can increase a group’s productivity.

My sources and more: If you would like one example of how to quantify team chemistry, do read this paper from MIT Sloan Sports and its summary in a WSJ article.  From there, I do recommend this article on the  Chicago Cubs locker room. But what I enjoyed the most was reading how Steve Jobs sought to promote innovation through the design of the (then) new Pixar HQ.