What Most of Us Don’t Know About the G20

1. The G20 is overwhelmingly male: 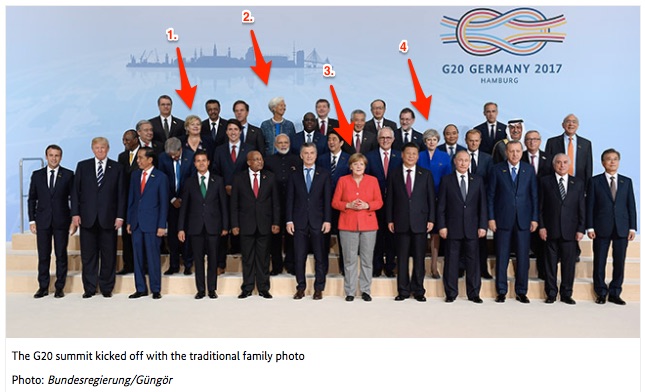 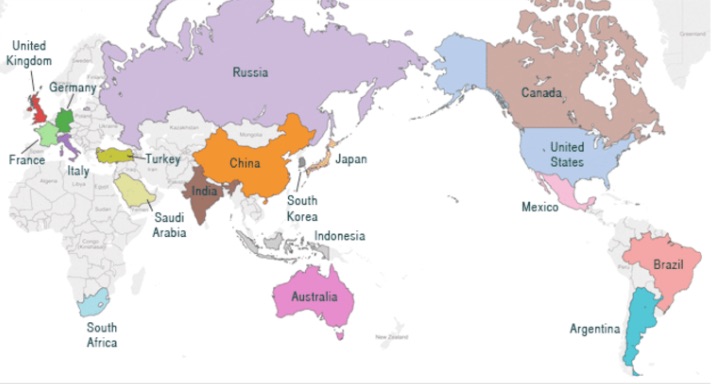 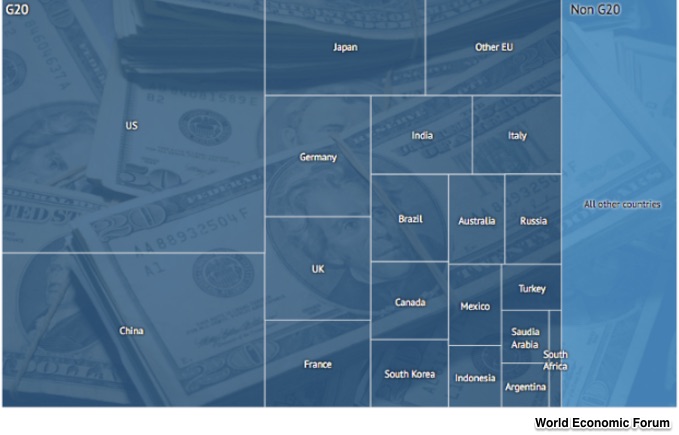 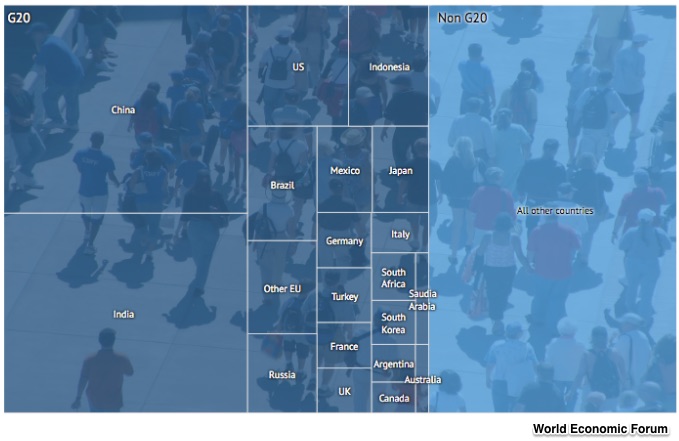 The individuals who help “guide” G20 leaders, do the diplomatic legwork, and navigate challenging terrain are called sherpas (really). Earlier this year, the sherpas met in Bonn to plan for Hamburg.

The U.S. delegation reputedly had trouble finding luxury hotel rooms. The Four Seasons was booked by the Saudis by the time they called. So they wound up at Hamburg’s Senate guest house and the U.S. Consulate General.

When the Russians hosted the 2013 G20 meeting, the goodie bags they gave to delegates were said to have contained “spying gadgets.” Those items included USB thumb drives and phone chargers.

G20 leaders expressed their continuing commitment to globalization and to sustained growth in their concluding declaration. It is nice to see that most world leaders remain aware of the benefits of an interconnected world.

Next year they meet in Argentina, Japan in 2019 and then Saudi Arabia.

My sources and more: Vox had the hotel story while the gift bags were described in the LA Times and the Telegraph. However, for the key G20 facts, do go to the WEF and for the concluding Declaration, The Australian. Finally, if you want to continue, China’s (fascinating) preparations for the 2016 G20 are here.

The Surprising Impact of Seeing Red