How to Google Gender Bias

When people do a Google image search for “CEO,” at first they see more than thirty pictures of men, then one woman and Barbie! 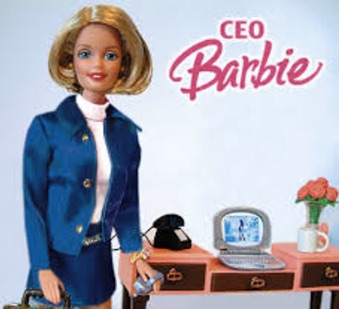 Where are we going? To gender bias in Google images.

Believing that Google’s occupational images influence us, a group of researchers checked their accuracy. Their goal was to find 1) stereotype exaggeration and 2) incorrect gender numbers for jobs. Also they noted how women were 3) inappropriately depicted.

They found all three.

For more than half of the 45 occupations they surveyed, the images inaccurately reinforced our stereotypes. With CEOs, there were a disproportionate number of men. In their “author” search of Google images, one quarter were women. But the BLS tells us that the actual number shows a female majority of 56%. Similarly, Google images failed to convey the occupational dominance of female bartenders. With telemarketers, Google images showed a majority of females. However, the job really has a 50/50 split between men and women.

As for inappropriate representation, some photos were unprofessional. Some female construction workers looked too sexy. For working women, the message was a frazzled mom rather than a competent professional.

Asked to think of an image of a scientist, many of us see an Einstein. Meanwhile the voice could be Neil deGrasse Tyson or Carl Sagan.

There is a reason that we perceive a white male.

According to an NIH scientist and editor, we need pictures of women. Asked to find photographs of black female scientists, she discovered it was an impossible task. Correspondingly, Vox tells us that male scientists’ faces outnumber the women 3 to 1 in children’s textbooks.

Image searches can create negative externalities. When they exaggerate an employment stereotype or unprofessionally depict a woman, the message moves beyond Google. We can hypothesize that it reinforces attitudes that constrain women in the workplace. But we need further research to confirm the connection.

My sources and more: For more female CEO data, I recommend Catalyst as a starting point. Then though there are many possibilities ranging from the BLS, to this summary of the Google images academic paper to the study itself. I also suggest this Vox article on invisible female scientists. Finally, you might enjoy this Justin Wolfers column on the Glass Ceiling Index and a description of Sheryl Sandberg’s Lean In collection with Getty Images.

Why the Congress Needs to Raise the Debt Ceiling Again