In a recent Financial Times column, opinion writer Martin Wolf tilted toward wage and price controls. As evidence that could push us to agree, he presented the expense that lower income U.K. households absorb.

In his graph, we can see the poorest U.K. households’ energy bills reddish line topping 50 percent of disposal income during October 2022: 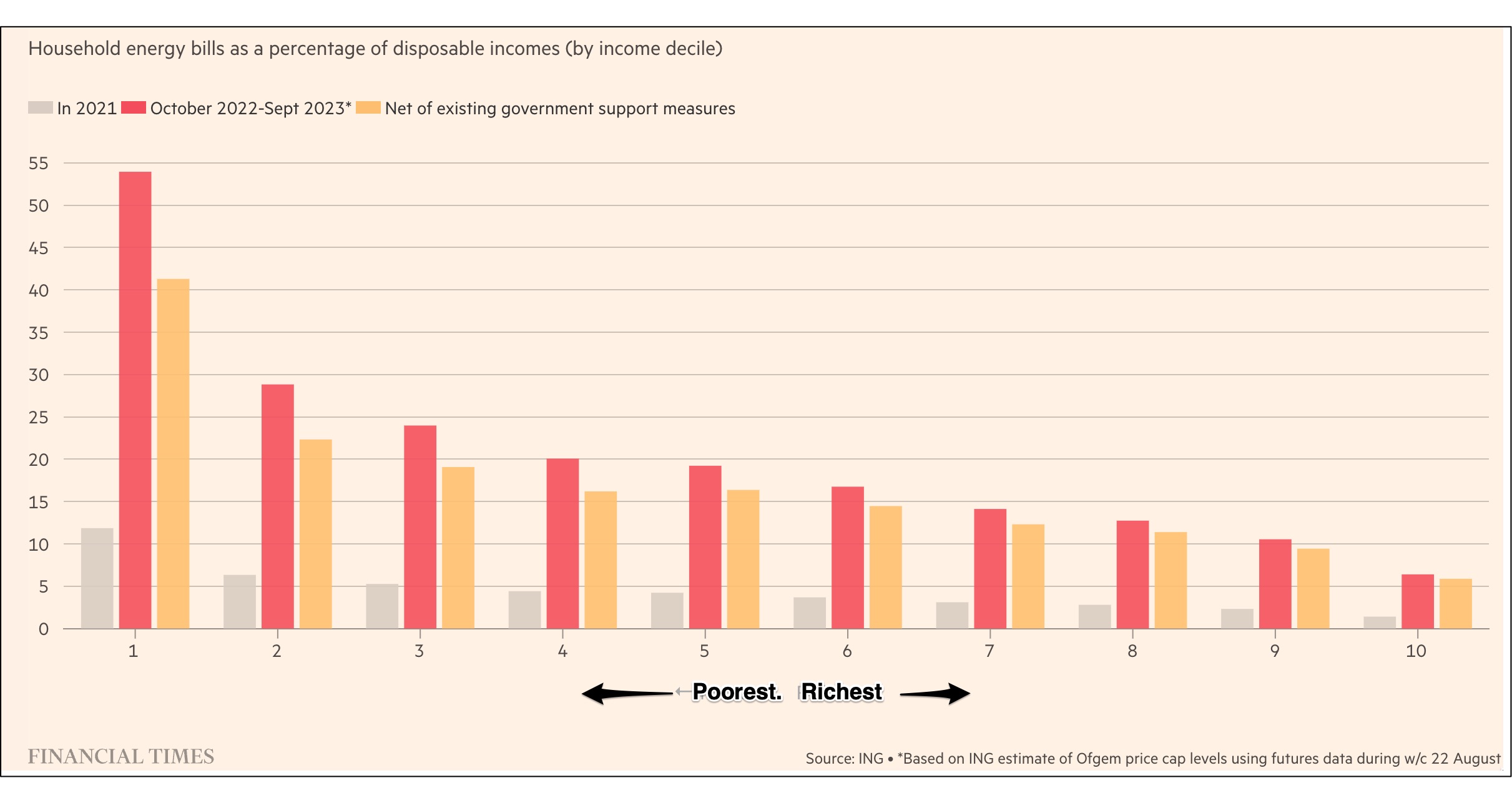 A 1970 5.8 percent inflation rate nudged President Richard Nixon toward the precipice of wage and price controls. But, from the beginning, he had problems. Nixon and his advisors were worried about the timing of his speech. Scheduled for a Sunday evening in August 1971, the speech was going to pre-empt Bonanza (the most popular 1960s Western series), They proceeded though because he had to announce the decision before the financial markets opened on Monday morning.

Then, leaping to 1974, we can say that the U.S. economy had a “pressure cooker” reaction to Nixon’s economic policy. Inflation dropped during the controls and then skyrocketed to 11 percent when the lid was lifted during 1974.

The inflationary peaks are rather horrifying: 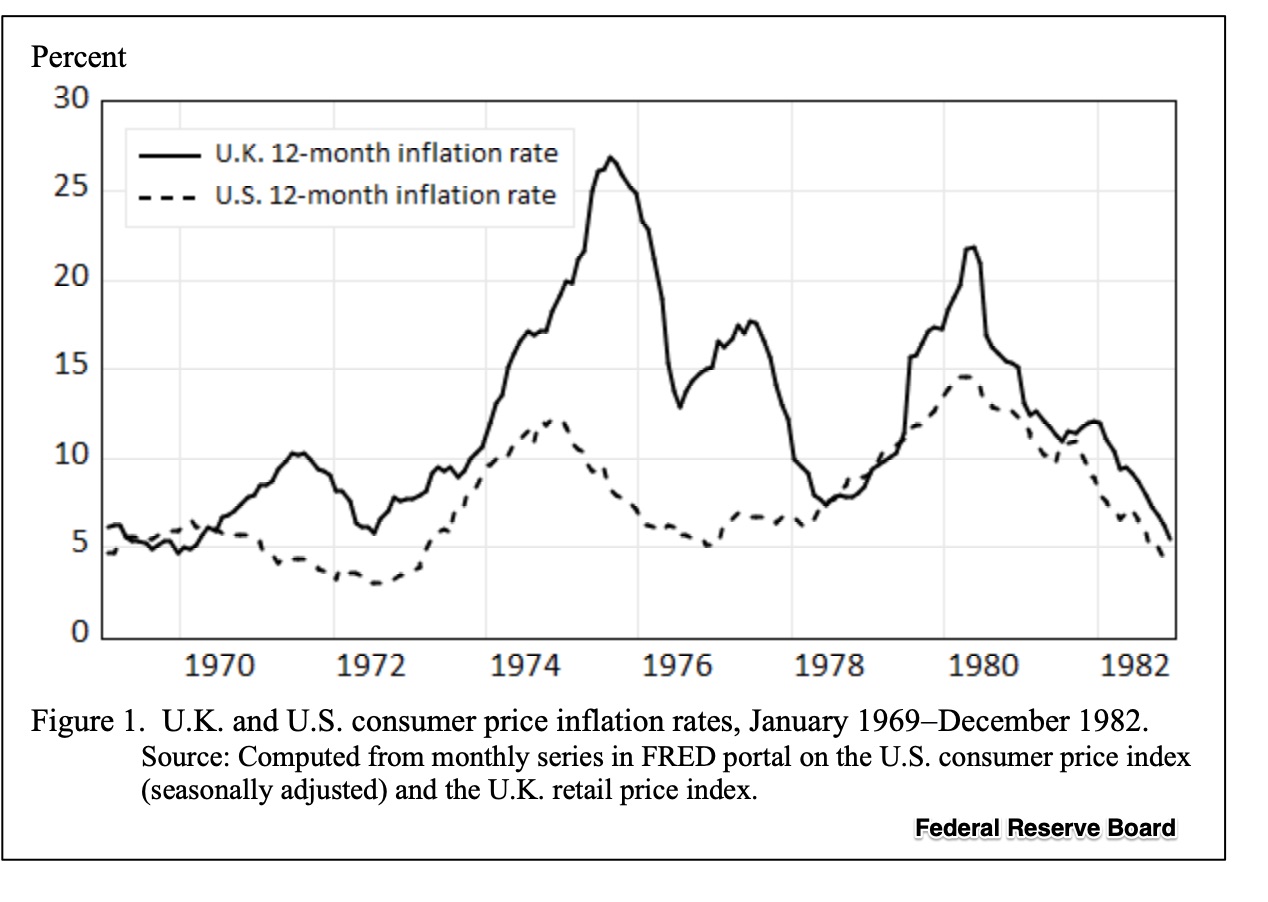 While economists usually disapprove of price caps, there is some movement in that direction. 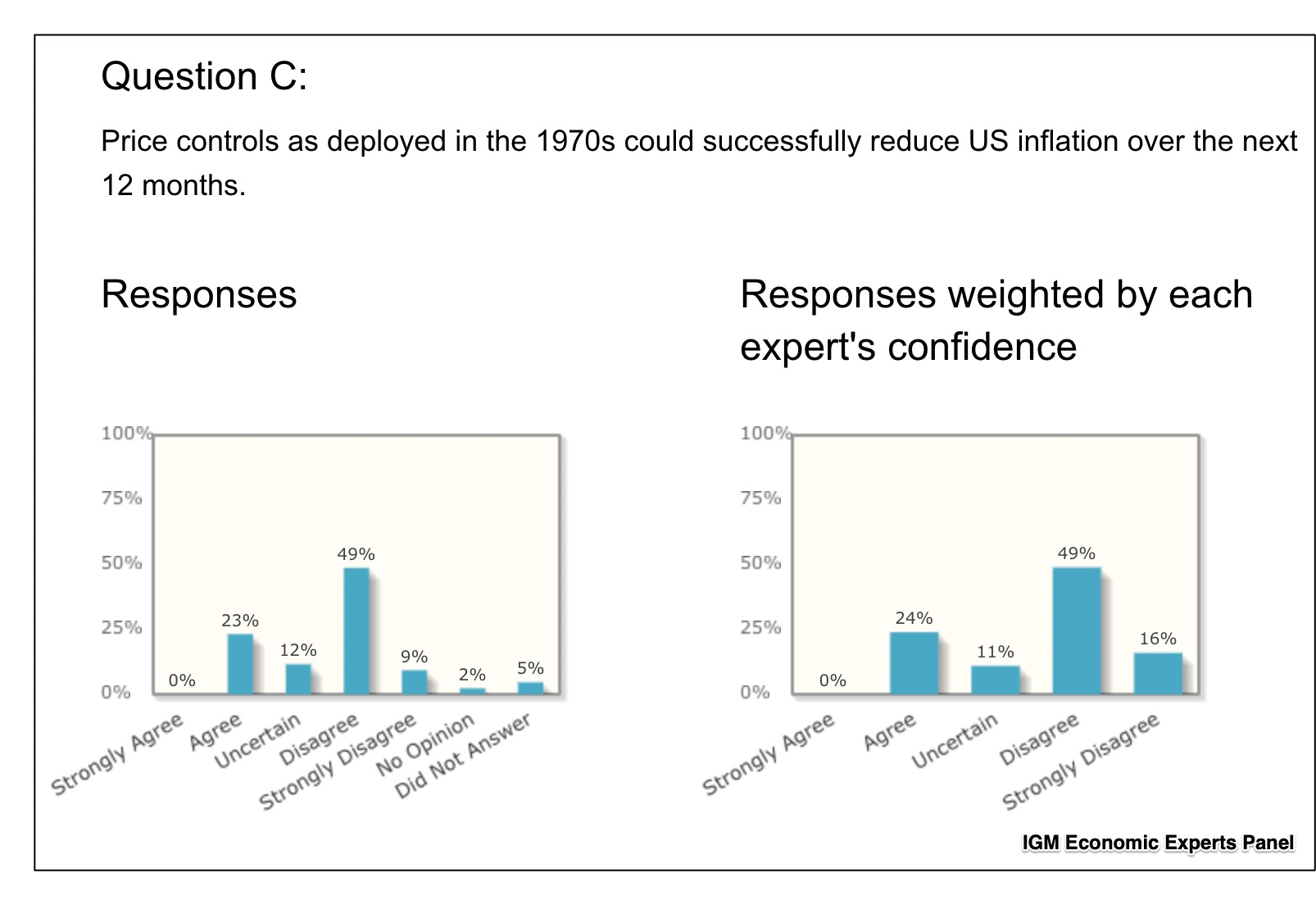 Referring to wage and price controls, price caps are just a horizontal line on a graph. In real life though, they are so much more complicated. According to the law of demand, a lower price increases what consumers are willing and able to purchase. Meanwhile, on the supply side, we have the incentive to produce less.

Because a price cap is located below equilibrium, we wind up to shortages. You can see that the price cap line creates a quantity demanded that is much more than the quantity supplied. Because price caps stop price from moving up to equilibrium, they are also called price ceilings:

So where are we? With gas price gliding downward and the CPI (perhaps) peaking, we can see that the 1970s are different from now.

My sources and more: This week, the (always interesting) Saturday Slate Money podcast alerted me to the Martin Wolf column. From there, Marketplace and the IGM came in handy. And finally, you might want to see what Nobel Laureate says about fairness. But finally, this Federal Reserve Paper perfectly shows the difference between The 1970s/80s inflation and now.

The Subjective Side of Ranking Statistics