To do a wash, the typical late 19th century woman had to boil the water, use her scrub board, wring out the water, hang up the clothes, and carry out the dirty water. For four children, she would have washed 40,000 diapers. During one week, doing the family wash occupied 7 hours.

Yes, a lot has changed since the late 19th century. But still, because children occupy huge time and energy, they can reduce women’s labor force participation and formal education.

A recent IWPR (Institute for Women’s Policy Research) paper summarizes the connection between access to abortion and a woman’s economic well-being. They mostly focus on employment and education.

The data tell us that women with fewer children are more able to join the labor force. Then, bringing additional income to a household, the working woman helps the entire family. They emphasize though that especially among Black women, access to abortion has increased the opportunity to earn a living.

In addition, delayed or eliminated pregnancies open the door to more education and job training. Again, for Black women, the rates of high school graduation and college attendance go up. From there, we can point to the increase in human capital that boosts wages and economic security.

In Norway, when Oslo’s early abortion access was compared to the rest of the country, there was a positive educational, income, and employment effect. Another study with a 97-country focus quantified the impact of additional births on the labor supply. It concluded that 1.9 years of work were lost for each child born.

So, where are we? Some of our data is not optimal. Dated, it comes from decades-old research. Still, studies indicate that abortion access, especially for lower income women of color, will affect years of school, labor force participation, and the well-being of the next generation.

Below you can see that women’s participation rates have grown:

Still though, men’s participation rates are far higher than women’s: 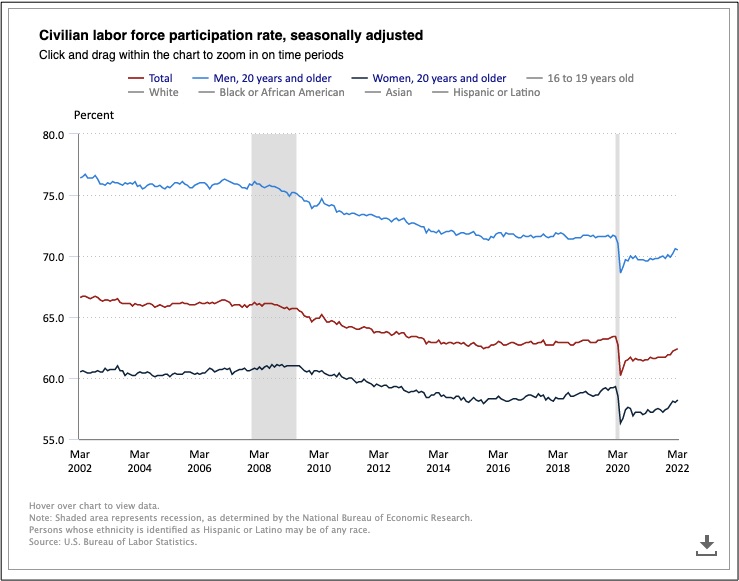 To conclude, we can ask how nullifying Roe v. Wade (as indeed the U.S. Supreme Court might soon do) would affect participation rates: 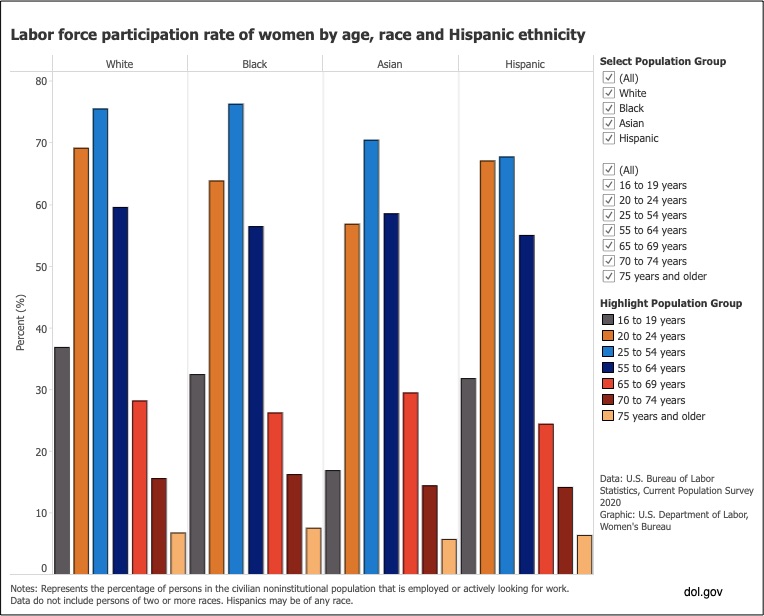 My sources and more: While Claudia Goldin has been my go-to scholar for the economic impact of the pill, this IWPR paper took the next step. It details a treasure trove of resources that link abortion and the economy. Then, for more detail, this paper’s international perspective was enlightening as was Nobel Laureate J. Angrist’s look at access to abortion. And lastly, I find it handy to return to Pursuing Happiness, a fact-filled history of the American consumer (and my source of doing-the-wash statistics).

The Surprising Reasons We Need Insurance