The Surprising Reasons We Need Insurance

With bovine bingo, contest participants select a number from the equivalent of a huge bingo card that has 100 or more numbered squares. Next, as you might have guessed, a cow jogs around this field until she poops. If she poops on your pre-selected number, you could win many hundreds of dollars.

I’ve read that Cow Chip Bingo is popular in the Midwest. As a NYC person, it was new to me:

Cow chip bingo (aka cow patty bingo or cow plop drop) is one of many charitable contests for which organizers purchase prize indemnity insurance.

It can be pretty expensive if a golfer gets a hole-in-one or someone makes the half-court shot. However, the chances are slim: 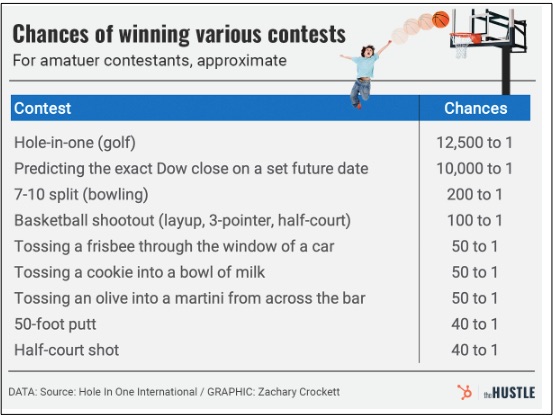 But still, it does happen.

One amateur golfer won $1 million for his hole-in-one at a charity event. (He wound up with an annuity that paid $25,000 a year.) During 2021 at the LPGA’s Pelican Women’s Championship, three pro-golfers won 2-year Lamborghini leases. Reputedly, no one expected three people to get the pricey prize.

Because of her 147 yard shot on the par-3 12th, Austin Ernst was one of those golfers: 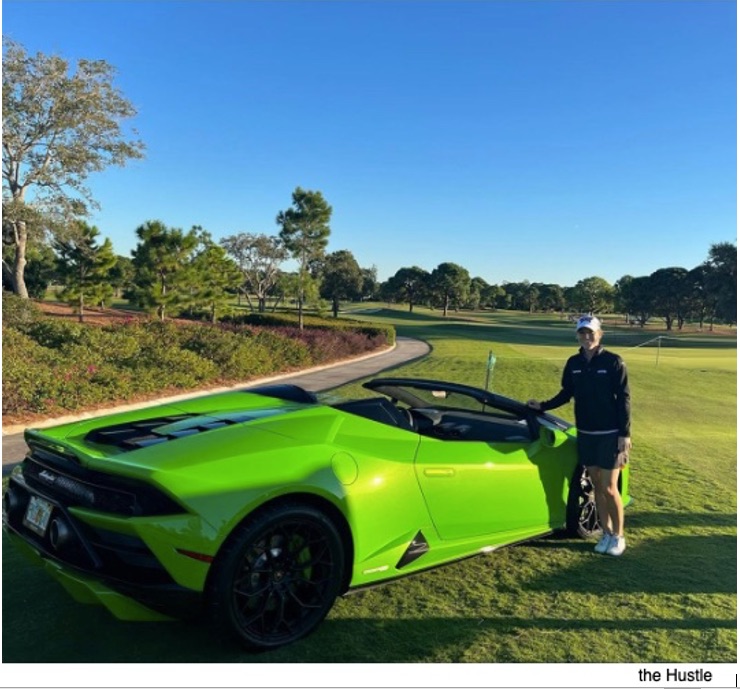 Recognizing someone could win, event organizers pay a relatively small amount to eliminate the chance of having a huge payout. With golf, the amount depends on whether the participants are pro or amateur, the length of the shot, the size of the prize: 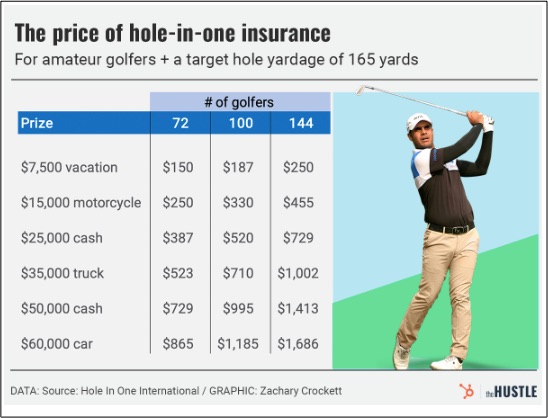 Other events covered by a prize indemnity insurer include guessing the jelly beans in a jar, what the Dow might be on a certain day, and tossing an olive into a martini glass across a bar.

Whether it’s our bank deposits, hurricanes, or our health, for each, we can protect ourselves from the cost of a calamity. Unwilling to incur a risk, we can pay someone else to bear it. That someone could be government or a private company. At one extreme we have government providing Social Security to 69 million people. Then, we also have hole-in-one insurance.

My sources and more: Sometimes my Hustle email gives an in-depth look that I cannot resist sharing. Most of today’s facts come from their post. But GolfDigest told me a bit more about winning a Lamborghini. Meanwhile, rather dryly, Econlib tell us all we need to know about insurance.