At COP26, 200 (or so) nations are sharing greenhouse gas facts. From the bottom up, the information comes from each country’s data collectors. Some might be counting their cows, quantifying their burps, and then calculating their methane emissions. Others, reducing their emissions totals, decide how much carbon a forest’s “carbon sink” absorbed.

Then, having gathered those numbers, statisticians concluded that the most recent GHG global emissions totals were 44.2 billion tons. Disagreeing, The Washington Post suggests that the real number could be as high as 57.4 billion tons: 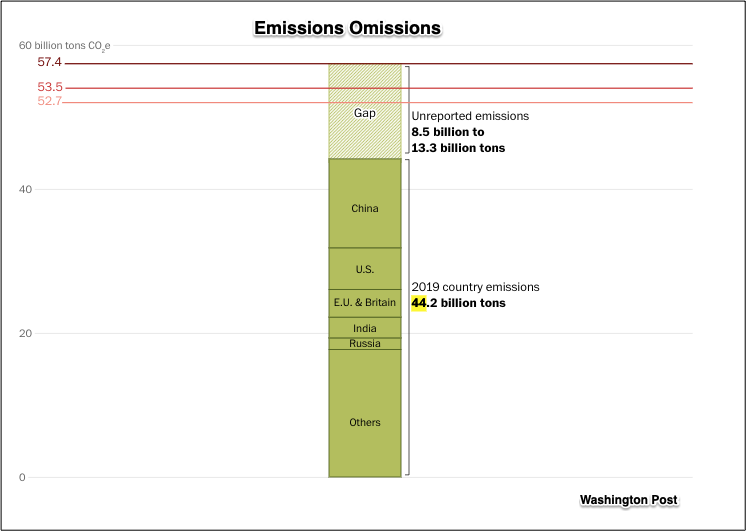 It all adds up to flawed emissions data. Let’s see why.

The problems range from lagging data to underreporting.

Among the 200 COP26 countries, 45 had the most up-to-date facts–and they were two years old. Meanwhile 45 have had no new data since 2009 and others provided facts from the mid-1990s and after.

China’s most recent emissions numbers date back to 2014. Before then, we have just four reports: 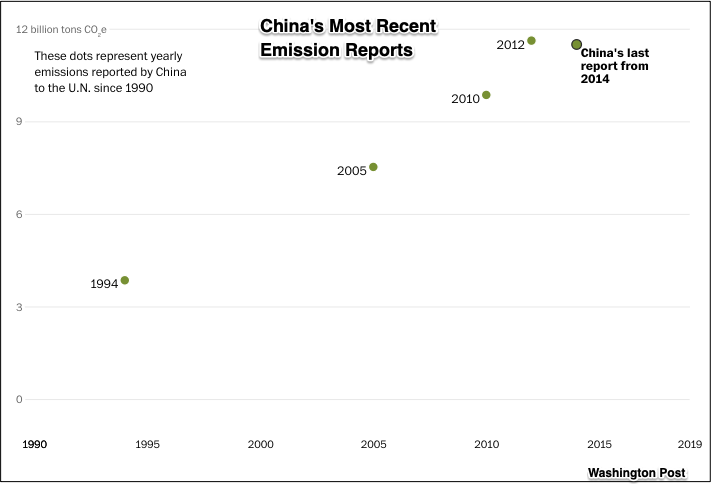 China is not the exception. More typically than not, the emissions facts are outdated. Mozambique’s numbers are from the early 1990s. For India, the year was 2016. Large oil and gas emitters like Iran have not reported since 2010. It gets worse with Algeria, 2000, and Qatar, 2007: 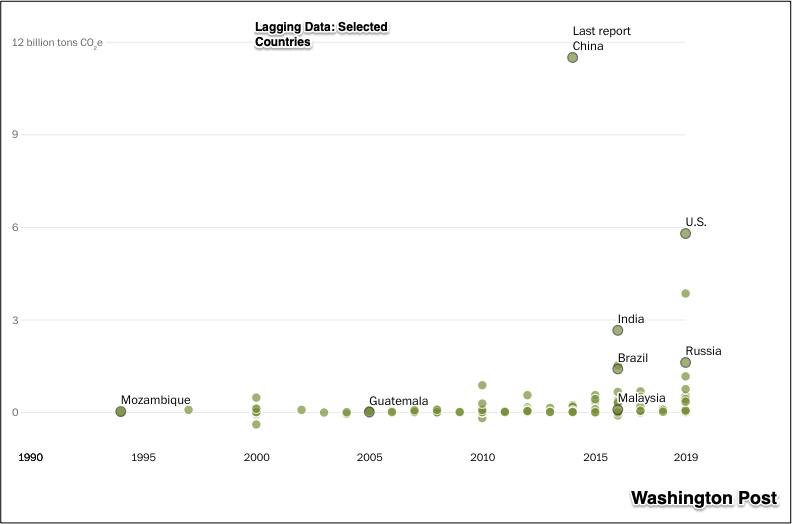 Under-reporters had different reasons. Malaysia’s emissions totals were among the top 25 in the world. But then, rather dubiously, they claimed their forests absorbed 73 percent of that carbon in 2016. With five times as much forest land, neighboring Indonesia proclaimed the same “carbon sink.” For Australia, it was underestimation of their forest fires’ emissions impact. Somewhat similarly, oil producing nations underreport the methane they emit. For Russia, the UAE, and Qatar, methane leakage from fossil fuel could be seven times what they report.

Then to all of this we can add the need for top down reporting from satellites and other global technology. We also have nations that claim to have eliminated fluorinated gas emissions from refrigeration, electricity, and air conditioning. They did not. (And I wonder if they could since the ladder of development movs them up to more technology.)

We are concerned that the world is getting warmer: 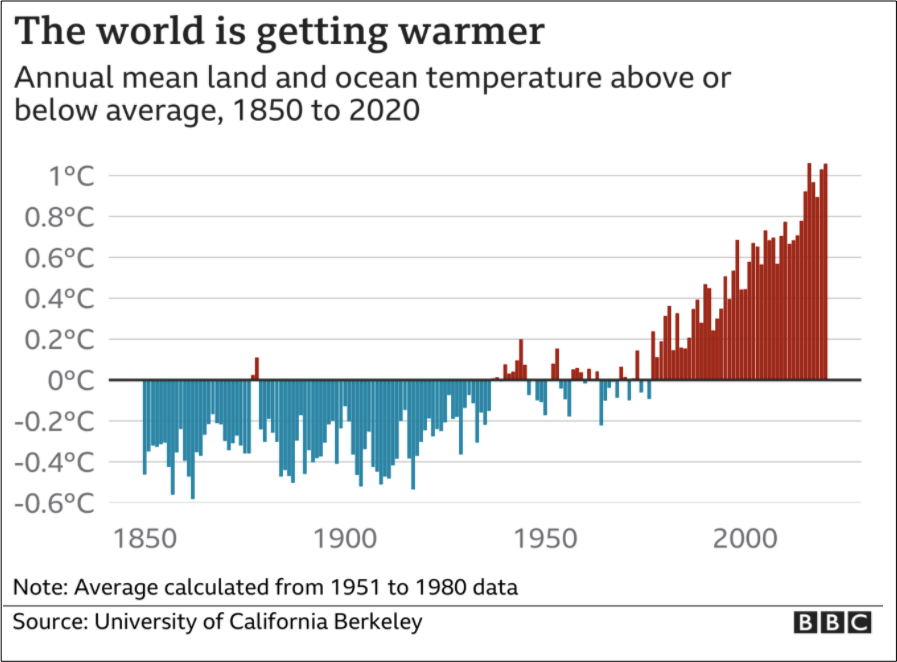 Instead though we could say that we have an emissions omissions problem.

My sources and more: The Washington Post had the report on flawed emissions data. I also suggest Vox and the BBC for the perfect complement if you want COP26 background information