Six Ways to Look at Innovation

In this year’s Global Innovation Index, once again, Switzerland was ranked #1, followed by Sweden and the United States.

While most of us want the high rank, we are not as pleased with the creative destruction that can accompany it.

In the Global Innovation Index 2021, statisticians used 81 different indicators to rank 132 economies. Still though, Switzerland and Sweden led the list for a decade with the U.S. and the U.K. joining them in the top spots during the past three years. However, the most notable leap came from the Republic of Korea. At #10 last year, now they are #5: 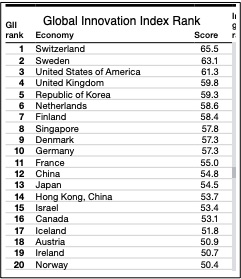 You can see below that the top three– Switzerland, Sweden and the U.S.–excelled in each of the report’s seven basic criteria. As for weaknesses, Switzerland fared worst with Institutions while  Sweden’s dip was Market Sophistication, and the U.S., Infrastructure:

Each of the seven basic criteria has three sub-categories. They placed sustainability under Infrastructure and investment with Market Sophistication. As you might expect, research & development was under Human Capital: 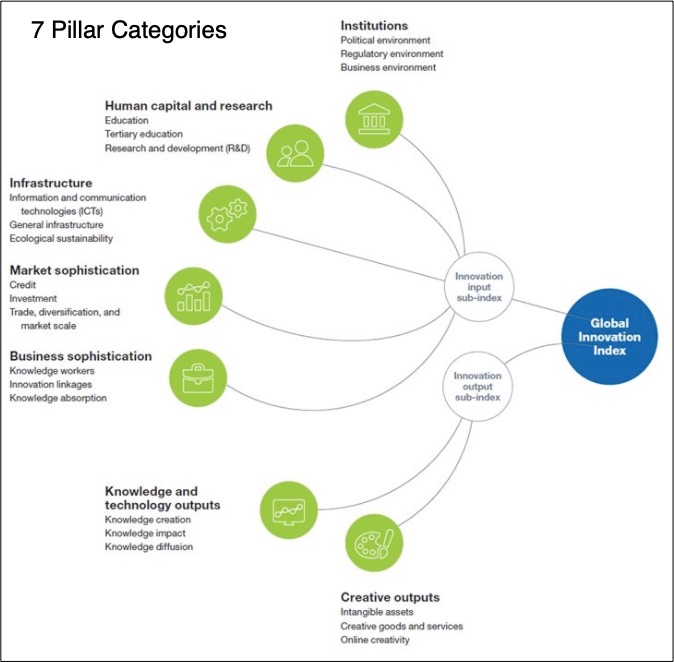 Pivoting slightly, we can judge innovation through an income group lens. Then, we would see that China was the only middle income nation to be ranked in the top 30. In addition, we can look at the TVIPs –Turkey, Vietnam, India, the Philippines–for other countries (with South Korea) that have recently risen in the ranking:

As for where, the top 25 innovative economies are mainly in Europe and Northern America. But, SE Asia, East Asia, and Oceania is the up and coming region that is closing Northern America’s and Europe’s leadership gap: 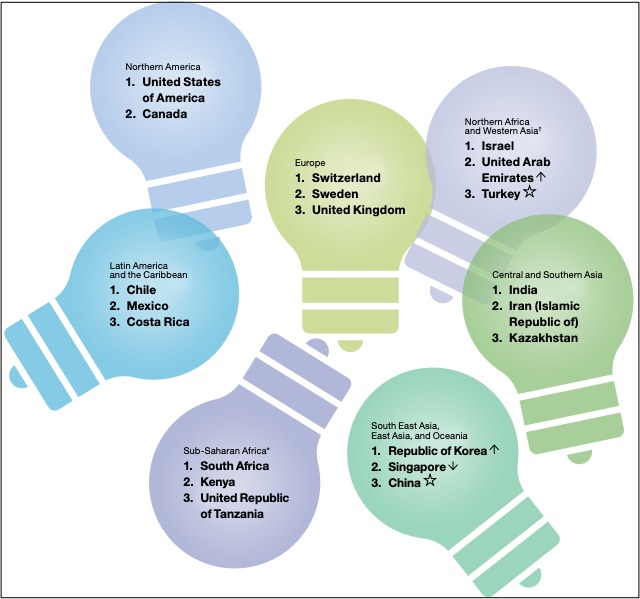 Moving from regions to a closer geographical look takes us to the world’s innovation clusters. Then we wind up in Tokyo-Yokohama, Shenzhen-Hong Kong-Guangzhou, Beijing, Seoul, and San Jose-San Francisco. If we were counting the clusters, the U.S. has the most, next China, then Germany and Japan.

Innovation truly makes a difference when the result is creative destruction. First described by economist Joseph Schumpeter (1883-1950), creative destruction is a painful process. Replacing existing industries with new businesses, skills, and ideas, it requires the structural changes that eliminate jobs and erase stale leadership. Yes, the results are economic growth and vitality. But also we get the dislocation and distress that can block progress.

The Global Innovation Indicators tell us where we might observe the most growth and the upheaval.

My sources and more: Today’s facts and diagrams were from the Global Innovation Index 2021 Report.

Our Weekly Economic News Roundup: From Garbage Pails to a Green Google