What Central Banks Could Do To Our Cash

At a bank in central Stockholm, during 2013, an aspiring bank robber was told he had selected a “cash-free” location. Sadly leaving with nothing, he asked a teller, “Where else can I go?” The answer then and now would be almost nowhere. Sweden has become increasingly cashless. One reason is a CBCD (Central Bank Digital Currency).

Globally, countries vary from no CBDC development to a CBDC launch: 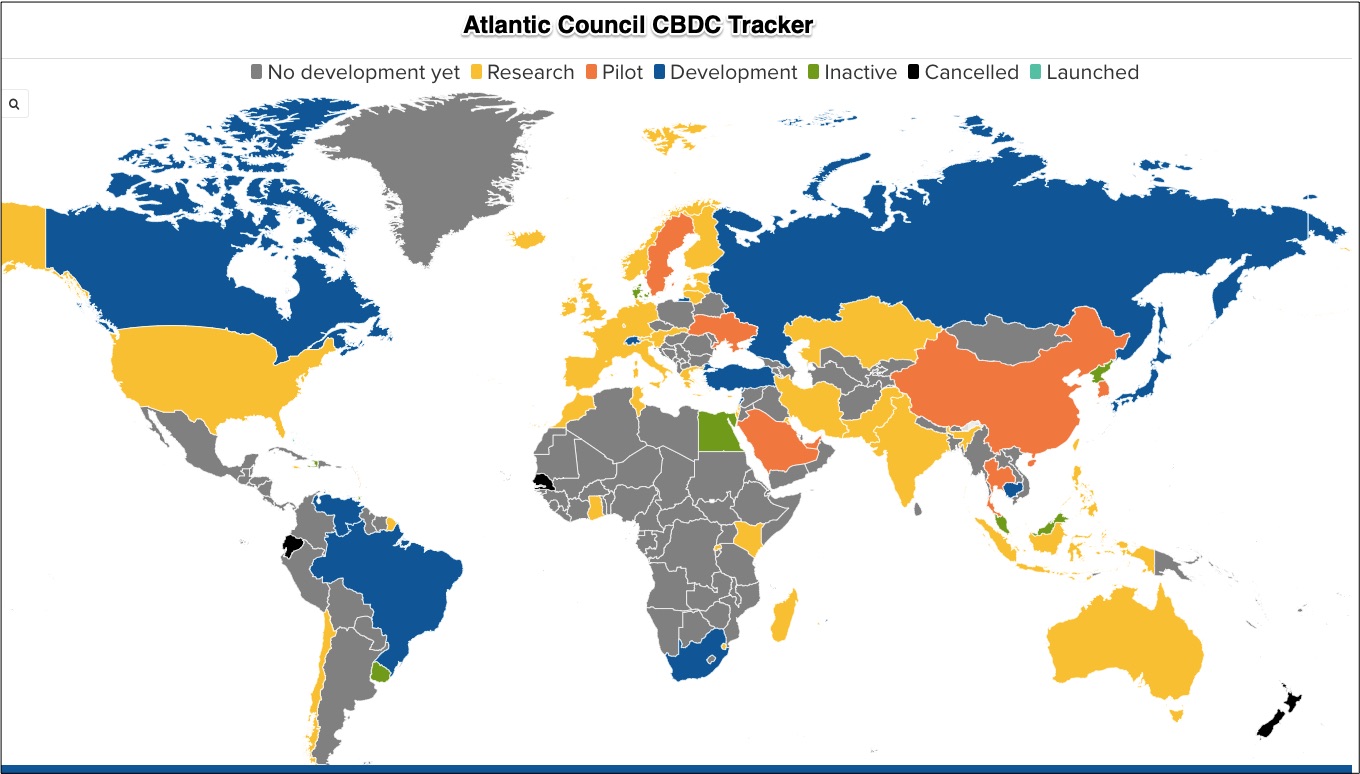 We soon could have a U.S. fedcoin and an e-euro. But there really are e-kronor and digital yuan that Sweden and China are testing. Each is developing a currency that sidesteps the traditional banking system. Instead, individuals have an account with the government rather than a bank. To make a purchase, you might just open your central bank “wallet” on your phone or smart watch. Instantaneously, you know how much you have to spend. Involving no credit or debit cards, the money is right there.

The Economist calls CBDCs “free, safe, instant, and universal.” The magazine adds that we might also wind up with a slew of unintended consequences because the traditional world of banking could disappear. Through Sweden’s and China’s pilot projects, we will learn more.

During April, 2021, Sweden’s Riksbank issued an initial report on its e-krona pilot. The report said there was a lot they still had to investigate. They were concerned with the “magnitude” of transactions the system would have to process safely. They also were contemplating how to create offline access and a new money pathway that paralleled the old one.

Used by over 500,000 people, China’s digital yuan pilot is estimated to total RMB 150 million (US $23 million). To imagine it, just think of an image on your phone. Essentially, you are using a wallet that has a certain amount of “cash.”

Through its digital yuan, China can see every transaction. It can detect criminal activity. It can even encourage more purchases by giving the money an expiration date. In its video on the e-yuan, China said its digital currency could “circulate” in developing nations. Furthermore, individuals limited by U.S. sanctions could use the e-yuan to bypass the SWIFT money transfer regulations that the world’s major banks observe.

You might enjoy (as did I) pondering this brief video from The Economist:

Just like physics, friction slows economic transactions. My favorite example of friction is the CVS message to callers. Making it tough to access a person, you wait for a hierarchy of instructions until the last one says you can talk with the pharmacy. That friction diminishes the incentive to speak with a human being.

Completely the opposite, (if it works) the CBDC reduces monetary friction.

My sources and more: Thanks to WSJ for nudging me toward a cashless post. From there, the possibilities multiplied. WSJ described the digital yuan and The Economist had reports, here and here, on central bank digital currencies. I also returned to the story of the Swedish robber selecting a bank with no cash and found out more from the Riksbank about Sweden’s e-krona. In addition, this Atlantic Council article was helpful.

Our featured image is from The Economist. Please note also that several of today’s sentences were in a previous econlife post.

Why Metrics Can Be Misleading