In a 2017 Gallup/Wells Fargo Survey, investors expressed the most worry about the geopolitical climate. A new IMF working paper confirms their concern. Social unrest does affect stock markets.

But the impact can vary.

When researchers looked at 156 examples of social unrest in 72 countries, they concluded that stock market performance does sink. In the following map, countries with the darkest orange shading had the most social unrest: 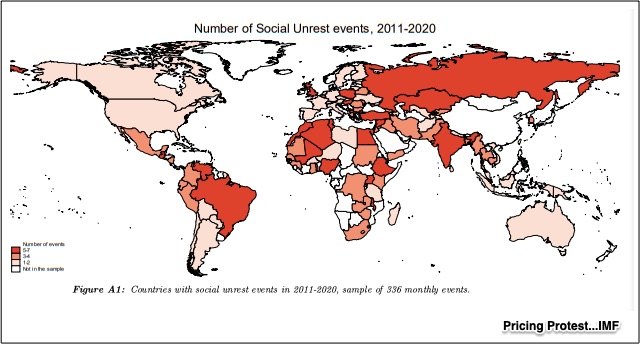 Ranging from the United States and France to Iran and Brazil, these are some examples: 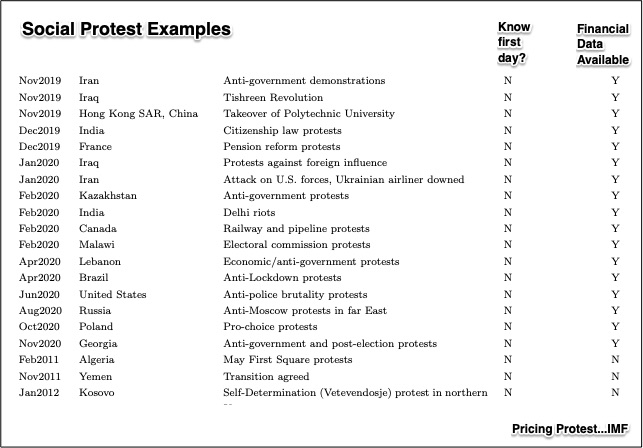 However, the impact on stock market performance depended on three variables. The duration of the unrest mattered. As you would expect, long lasting events had more impact. Also, the durability of political institutions was crucial as was the voice that people believed they could express. In the IMF paper, researchers correlated the World Bank’s World Governance Indicators with stock market performance. They said that Regulatory Quality and Voice and Accountability were most crucial for a smaller market reaction: 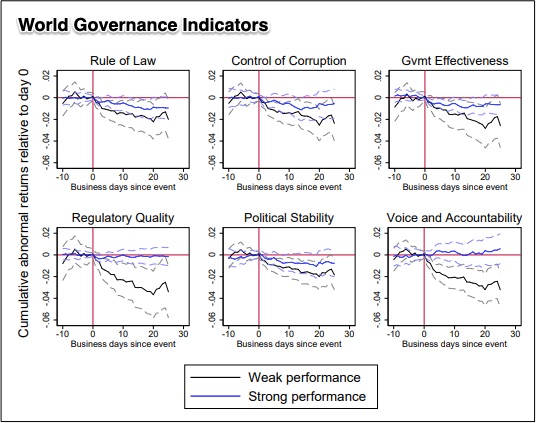 Below, you can see that markets dip soon after the social unrest event everywhere. However, they recover in developed nations with democratic institutions: 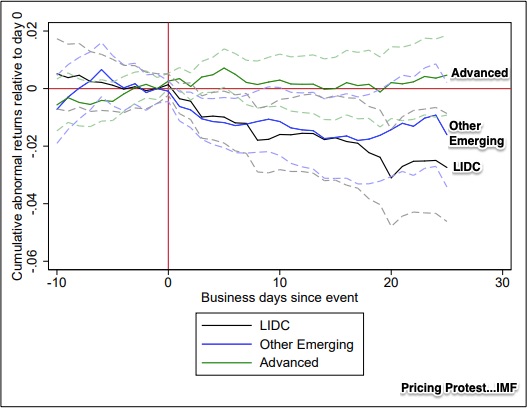 As forward looking institutions, stock markets can tell us what to expect. Markets could be saying that social unrest will physically impact production. They also might be expressing a more abstract message about a shift in sentiment that will affect the investing climate. An economist would say that markets are alerting us to the spillover of social unrest.

And that returns us to where we began. Investor concern with social unrest is valid. But  there will be less spillover in democracies with developed economies when the event is brief.

My sources and more: My IMF email came in handy yesterday when I saw their stock market blog. It reminded me of a recent paper on why equity markets fluctuate. Then, this last puzzle piece from a Gallup/Wells Fargo survey completed the picture.