Where and Why We Move

Moving from California to Florida, one family was told their stuff would arrive in no more than 12 days. Four weeks later, they were still waiting for the delivery .

They were not the only movers that might have had problems.

Let’s start, though, by looking at where we move and why.

In their annual migration patterns survey, the Atlas Group looked at 64,858 moves and concluded that Idaho was the #1 inbound state during 2020 . The rank was based on a comparison of each state’s inbound  and outbound residents. Below, we have 23 (red) balanced states, 15 (blue) inbound states, and 12 (mustard) that had more outbound moves: 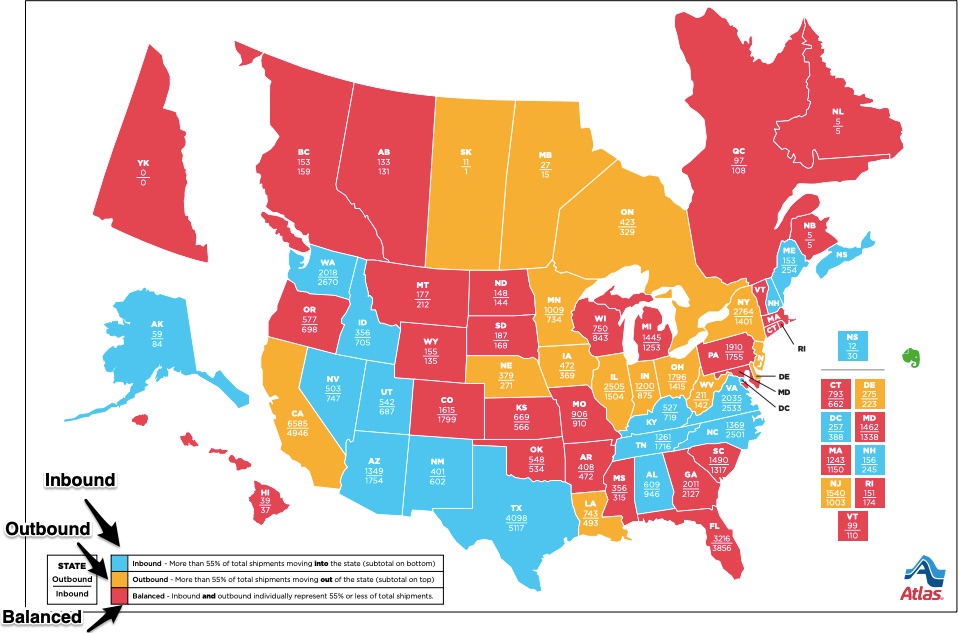 In their Top Ten inbound and outbound list, Atlas grouped North Carolina and Maine with Idaho, Meanwhile, Illinois and my own state, N.J., led the departures list. The percent next to each state represents the proportion of moves that were inbound or outbound: 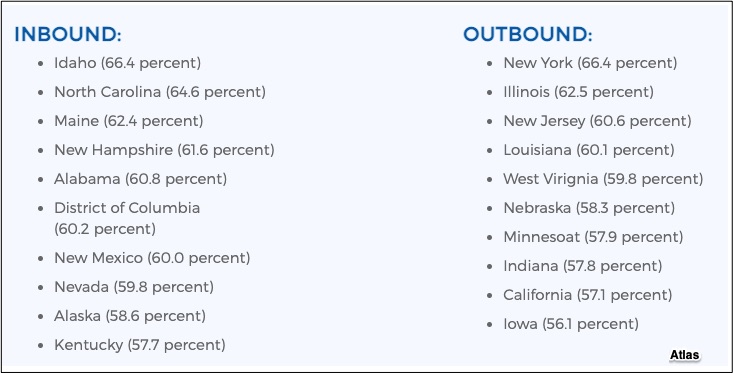 Asked why, Atlas cited Covid as a major moving reason because they unexpectedly had to move students from their dorms and employees to smaller communities from big cities. The Census though, appears to have ignored the pandemic. Their categories were housing, family, and employment related (and other):

I wonder though if Covid accelerated the downward moving trend: 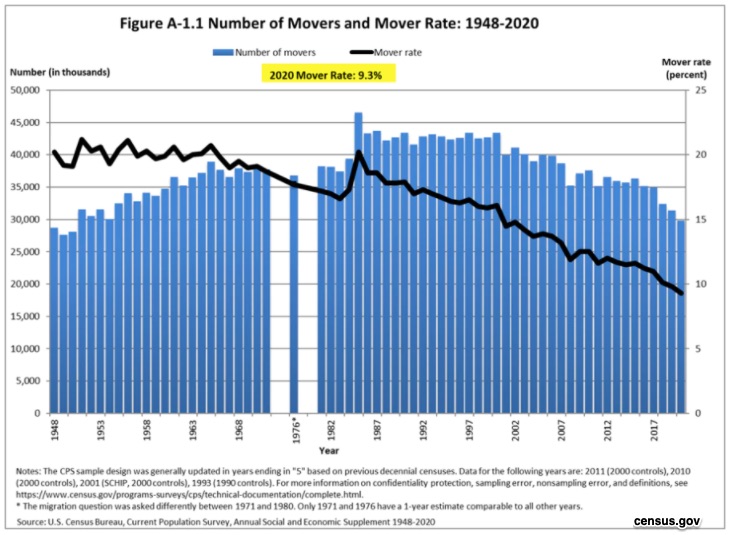 Again identifying where, for many it was close by. The interstate moves documented by Atlas were in the minority:

Returning to where we began, the California family had a shipment delay because of a truck driver shortage. Truck drivers are a human part of our transportation infrastructure. While our politicians debate what composes the infrastructure, as economists we can definitely say it has physical and human capital.

The physical capital began with our 18th century roads, our 19th century canals and railroads, and a 20th century interstate highway system. It also includes our airports, airplanes  tunnels, and bridges. And the human capital takes us to our truck driver shortage.

My sources and more: Useful for identifying national moving trends, the annual Atlas World Group migration report provides a consistent summary with the U.S. Census Bureau, the perfect complement. Then, completing the picture, WSJ and the American trucker had the driver shortage details.

The Meaning of the Switch From Sweatpants