How the Pandemic Changed Six Kinds of Traffic

The pandemic has shifted how and where we travel.

When we combine cautious consumer spending, fewer new cars in dealer lots, and fear of public transit (and even Uber), we get a spike in used car and truck purchases. And when demand increases, you know the impact on prices: 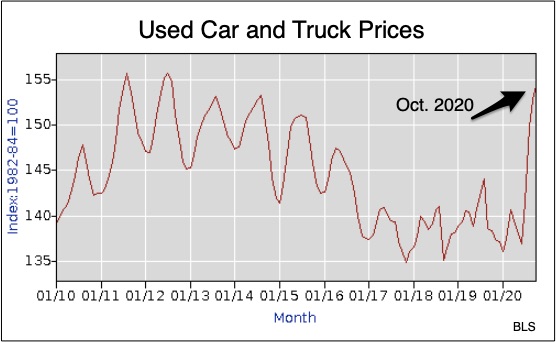 In NYC, predictably, there has been an inverse connection between public transit use and Covid-19 cases:

Updated, the trend is similar: 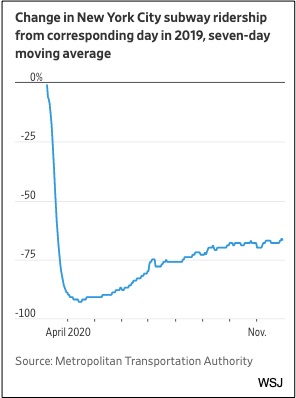 Milan and Seoul, though, had a different public transit response: 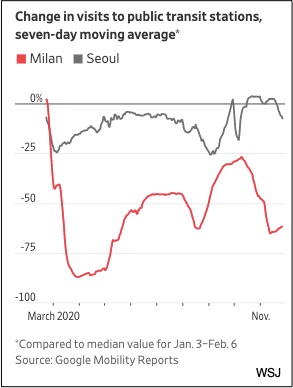 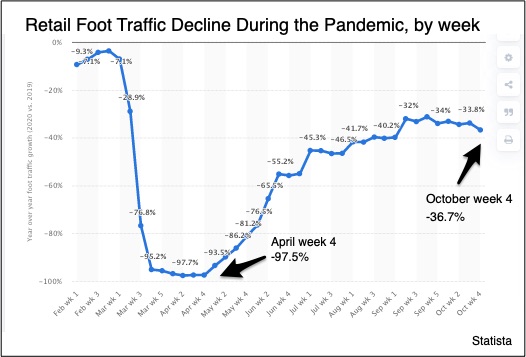 Asia is where more than half of the world’s busiest air routes began or ended during November. Just two were in Europe, and one, the U.S.: 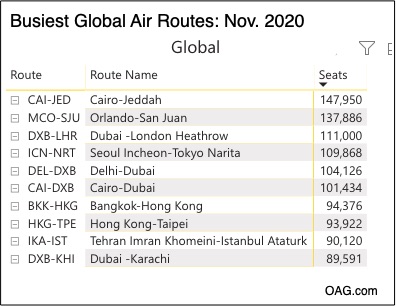 Below, globally, we can see parallel ups and downs in traffic congestion: 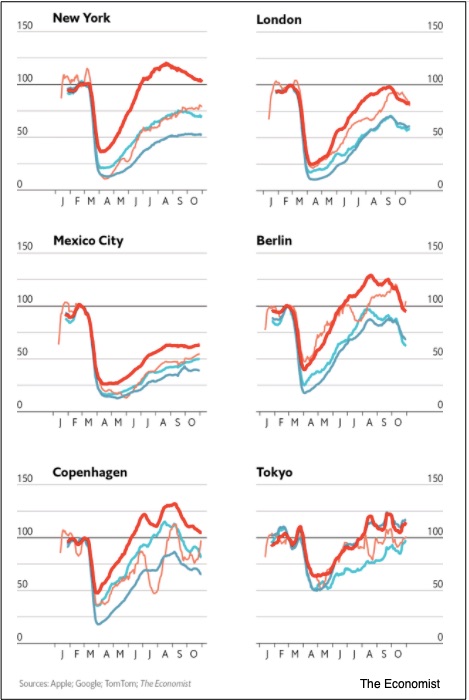 Moving from 18th century roads to 19th century canals and railroads to a 20th century interstate highway system, our transportation infrastructure has changed how we move goods and people.

We can ask if the pandemic will permanently impact 21st century travel.

My sources and more: Today’s journey started with WSJ’s  story about the pandemic and public transit. Next, I saw used trucks and cars at CNBC and BLS and then went back to WSJ for foot traffic. The best part of the trip though was winding up at The Economist.

Our Weekly Economic News Roundup: From Masks to the McRib

Deciding What We Mean By Globalization