There once was a world without teabags. Tea drinkers had to brew the leaves in a whole pot and then drink it all or waste it. Making just one cup was tough because residue from the leaves could spoil the taste.

But then someone invented the teabag.

There are two origin stories for the teabag. The first possibility is two women’s 1901 application for a mesh bag that held tea leaves. Others say it was the tea merchant who sent sample bags to his customers. Those samples, as you would expect, were dunked in water and became what we now call the teabag. Though probably true, neither initiative seems to have spread. No one really knows how the teabag took the leap from one person’s idea to a million people’s pleasure.

But, by the 1920s, we were were using teabags. And, since then, the bag has remained pretty much the same: 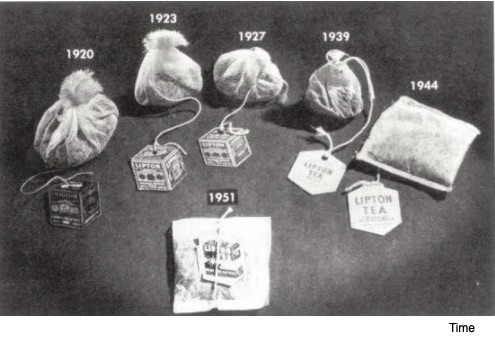 As you would expect, the coronavirus pandemic has affected our tea consumption. While demand from restaurants and coffee houses declined, stuck at home, most of us are drinking more tea. According to Euromonitor, a majority of the American people have some tea during the day (not I) . However, rather than a cup of hot tea, we increasingly prefer iced black tea.

Returning to today’s title, the trouble that is brewing is the price. We could see our black tea become more expensive because wholesale tea leaf prices have soared. The reasons were primarily weather in Sri Lanka while it was the pandemic in India:

Similarly, but by much less, the price of the packaged tea in teabags is up by just 1.7 percent.

Long ago, Edwin Mansfield (1930-1997), a University of Pennsylvania economist, said that a seemingly small innovation can have a large impact through its private and social return. While he was referring to manufacturing inputs like new kinds of thread, a teabag also will generate a private and a social return. Its private return will go to the initial producers.

Below, you can see Sir Thomas Lipton’s 19th century family store in Glasgow. In the U.S, he was the first teabag seller to get the private return on his investment: 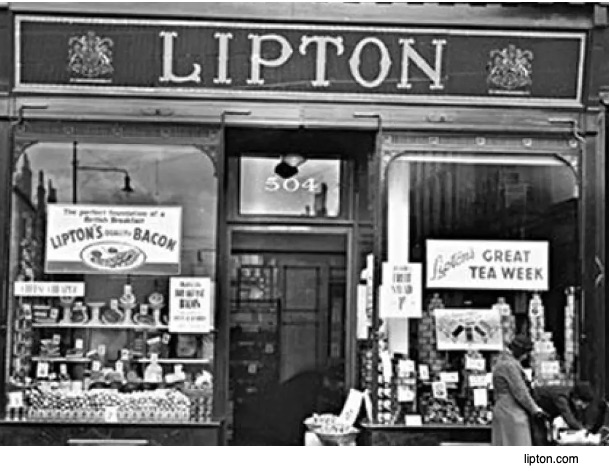 The next step was the spread of a social benefit among the millions of individuals who enjoy the efficiencies of teabags.

My sources and more: Yesterday, WSJ started my quest to learn more about tea. That took me to the Smithsonian Magazine’s article on the teabag, to the teabag patent application, and to Time.

Please note that some of our “Bottom Line” was in a previous econlife post.

Our Weekly Economic News Roundup: From Jumbo Jets to Teabags