The Covid-19 Test That Does More With Less

You could start your academic year at Michigan State University with a $3 Spit Test:

An economist would say it’s all about factor productivity.

Volunteers create the sample, place it in a second container with a preservative, and then use a plastic bag with a bar code for the lab. At the lab, the sample is combined with approximately 8 to 12 others.

Imagine the benefit of using 10 tests for 100 people instead of 100. Especially when you have a low positivity rate, pooling requires fewer resources and less time while testing more people. At 2,000 people a day, MSU will be able to use the reagents they would need for 200 tests and still know the results within 36 to 48 hours. From there they can identify the infected person, isolate that individual, and trace contacts.

You can see that a lower infection rate increases the group benefit: 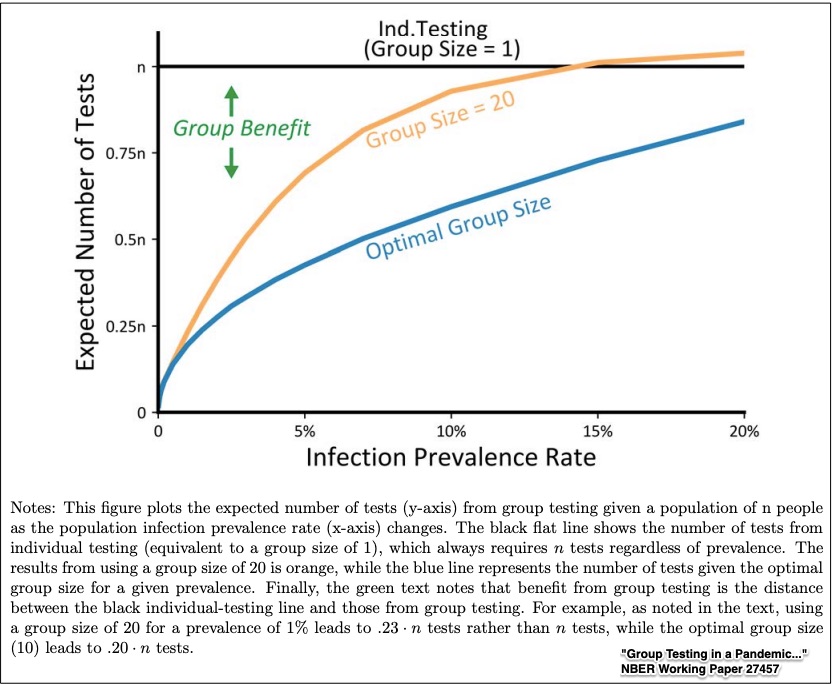 Doing more with less land, labor and/or capital is what productivity is all about. Defined, an uptick in productivity means you get more output from the same input. This BLS video does a good job of displaying how Clem’s Bakery is able to move from two cakes an hour to six. Similarly the MSU lab will boost its productivity to 2,000 people a day while using the reagents needed for many fewer tests.

Below, Clem the baker increased her productivity by producing more from fewer resources. The 2 1/2 minute video is worth a look:

So yes, more cake and Covid-19 tests are good for the economy. Both fuel economic growth.

My sources and more: After learning about the benefits of pool testing at MSU during a newscast, I wanted to learn more. But for all the details and computations, this NBER paper is a good starting (and ending)  point.

The Downside of Made in America