What Switzerland is Best At

Along the Magnolia River in Alabama, the US Postal Service delivers mail and packages to 31 miles of dock-side mailboxes. In Peach Springs, Arizona, a US Post Office has walk-in freezers where it stores the food that travels by mule train to the bottom of the Grand Canyon.

According to the Universal Postal Union, the U.S. Postal Service gets a high score for “Reach.”  However, three other “Rs” are also important.

In its 2019 Report, the Universal Postal Union used the four Rs to rank 172 countries’ postal services. As you would expect, Reliability refers to speed and predictability. Meanwhile, Reach is about global connectivity, Relevance takes us to demand, and Resilience involves revenue streams and innovation.

Shown by the darkest green, Switzerland’s postal service was ranked #1 and the Netherlands, #2. The U.S was #9: 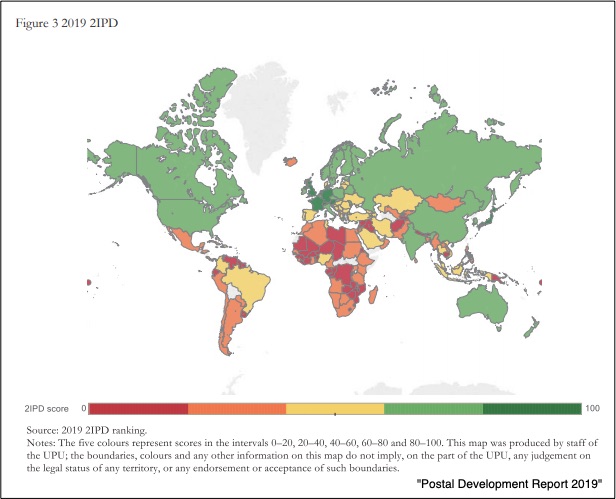 The number given a country is somewhere between 100 (the top) and 0 (the bottom). Countries in between receive numbers that display their distance from the top or the bottom. Each winds up in one one of four slots: Postal champions (60+), Good performers (40-60), Potential performers (15-40), Least developed operators (below 15). 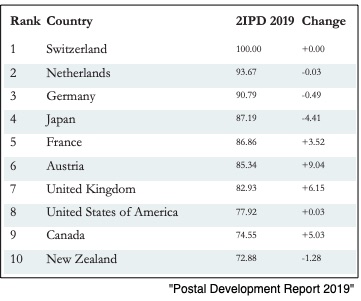 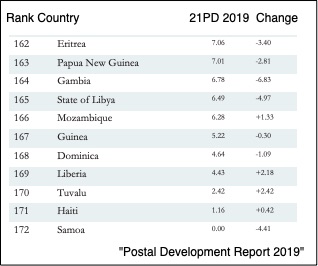 For centuries, the Post Office would have gotten a high Resilience score.

As our first Postmaster, Ben Franklin established our home mail delivery system and cut in half the delivery time between New York and Philadelphia. He just added wagons that traveled at night to the normal daytime routes. Similarly, late 19th century mail delivery got faster when someone decided to sort letters on the trains that carried them. And you can only imagine what a difference pneumatic tubes made when they sped the mail between cities that included Philadelphia, New York and Chicago.

This is a sorting car on a train:

Holding 600 letters, this canister moved at 35 miles an hour in a pneumatic tube: 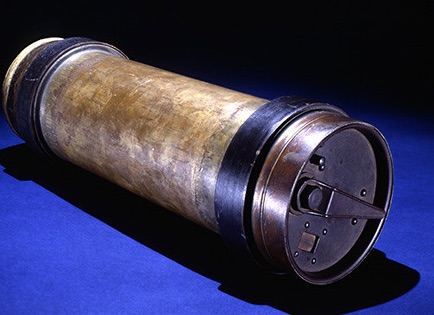 But now innovation is constrained. You have a Congress that has limited what the USPS is allowed to do on its own and a postal union that wants to preserve jobs. Add to that lagging technology and cascading letter volume and you have a big problem.

A transaction cost need not involve money. Instead, cost can refer to what you “pay” in extra time time or effort. Postal innovations diminish transaction costs. Saving time and effort, they make fast and predictable mail delivery.

In the Postal Union report, they displayed the correlation between economic productivity and postal development: 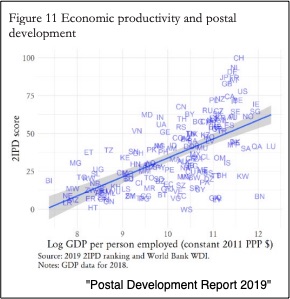 So yes, a mule train and walk-in freezer are crucial for Reach. But we need much more.

My sources and more: This 2019 report from the Universal Postal Union is a good starting point for the whole mail story. From there, the USPS has some interesting facts. But for real substance, do go to Politico, here and here, for USPS history.

Our featured image is from Pixabay and several  of today’s sentences were in a past econlife.