What Outer Space Adds to the GDP

On February 6, 2018,  Starman and a red Tesla were launched in a SpaceX rocket:

A year later they were 226 million miles away from home.

Pew took a look at our Outer Space priorities. The response placed climate research at the top of the list while the moon and Mars were at the bottom: 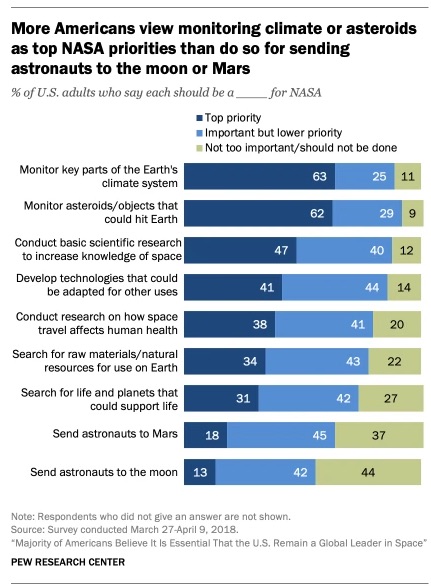 The space economy can be defined through three main categories. Its manufacturing component refers to the parts and equipment it produces. Then, when you think of the services slices, GPS and Satellite Radio can come to mind: 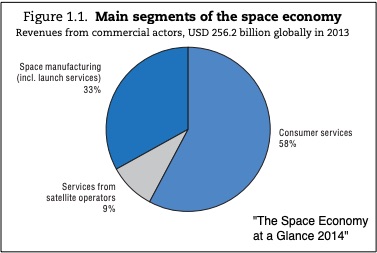 More specifically, in the U.S., the space industry represents two percent of our GDP. Its focus ranges from government funded defense to civilian communications: 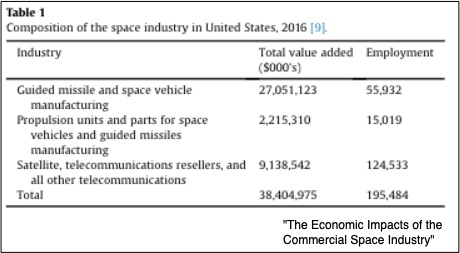 Divided differently, the space economy is a part of many industry sectors:

And they require thousands of jobs: 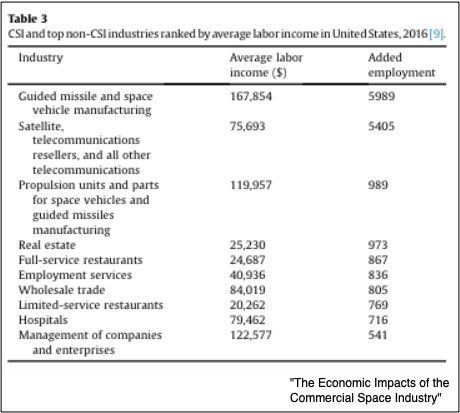 We could say that space spending is all about the GDP.  For now, its main contributions are to the Gross Investment and Government components–not Consumption Expenditures. Focusing on business spending primarily, the Gross Investment part of the GDP takes us to R&D, and tools and equipment. The Government part is about whatever government agencies like NASA and Defense purchase.

Most crucially, the GDP has been reflecting a shift in space economy spending from government to the private sector: 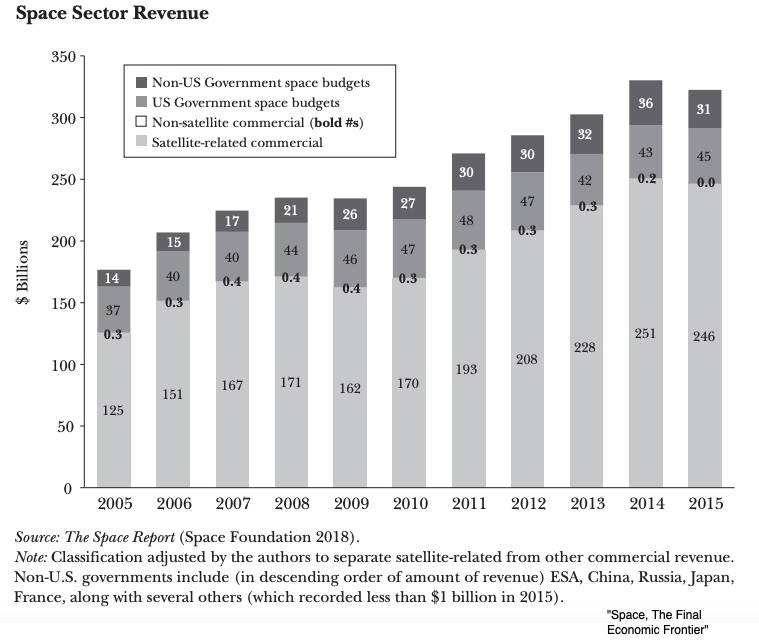 What I love though is that the U.S. BEA (Bureau of Economic Analysis) recently said it was looking at the Space Economy through its Satellite Accounts. Called a satellite account because it refers to supplementary data, still, the name takes on new meaning when it refers to outer space spending.

As for the Space Economy adding substantially to Consumption Expenditures, I guess we have to wait until Starman is a real man or woman.

My sources and more: Descriptions of the space economy range from the OECD’s 146 page overview to this 2019 article on the commercial side to the up-to-date paper. I also recommend taking a look at some riveting detail on the SpaceX launch at Space.com.

The Toilet That is Supposed to Boost Productivity