How a (Resource) Curse Created a Chicken Shortage

It is not quite working out.

Nigeria seems not to have done its import math. Producing just one-third of the poultry and close to half of the rice it consumed, it said that many fewer chickens and much less rice can enter from its tiny neighbor, Benin. To make it worse, the chickens that enter by sea have a 70 percent tax.

Destined for Nigeria, goods can easily move into and out of Benin: 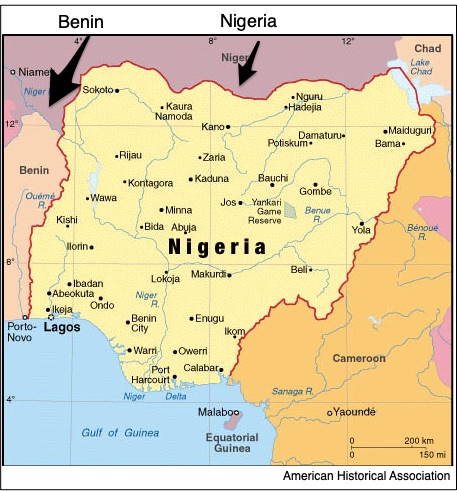 In 2015 Benin’s frozen chicken count was close to the U.K.’s and its rice imports nearly equaled China’s totals. But its 11 million residents were not the consumers. Countless chickens and massive amounts of rice entered its borders and then left for Nigeria. Even when Nigeria officially limited the trade, still it moved through “porous” borders on motorcycles, in taxis, in buckets on women’s heads.

Always, through informal trafficking, large quantities entered Nigeria, even when banned before: 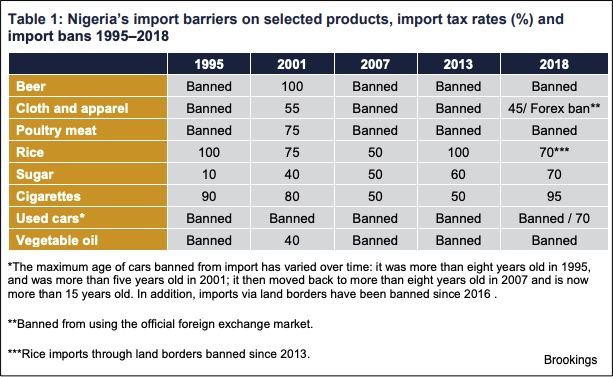 Recently though, the tightening seems to be having more success. Nigeria’s Chicken Republic chain sold its Chicken with spicy jollof rice without the chicken and some of Mr. Bigg’s 170 outlets ran out of drumsticks, And, as you might expect, chicken and rice prices are up. A 50 kg bag of rice was $24 in 2015, then, in 2017 soared to $82 and fell to $34, and, during this year, ascended again to $49.

Our Bottom Line: The Resource Curse

When economies with commodity wealth fail to soar, the reason might be the natural resource curse. A single-minded focus on one economic sector means ignoring the others. It means a less diversified economy that sacrifices its total potential. In other words, channeling resources toward one industry can lead to distorting prices and “crowding out” in others.

For Nigeria, oil wealth distorted food prices and crowded out food production. For years, they compensated with formal and informal imports through Benin and other neighbors.

Oil was the blessing and the curse. Its price correlated to demand for the imports the country needed: 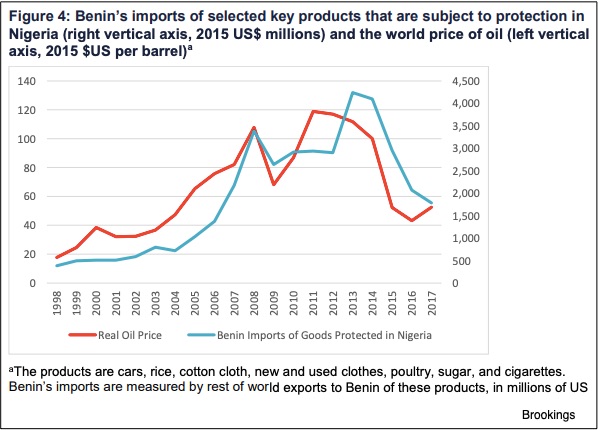 Now, they seem to be trying to offset the curse.

My sources and more: Interesting and informed, WSJ had the facts for Kenya’s chicken shortage. Then, the BBC told more of the story. Lastly, and best of all, Brookings here and here took a lengthy look.

Our Weekly Economic News Roundup: From Stock Markets to Sneakers