Throwback Thursday: What a Kitchen Says About Us

#TBT: Looking back, we can see how a kitchen is about more than a meal.

What Kitchen History Tells Us

Our story starts during the 1920s when an Austrian architect was asked to design a kitchen. Part of a massive public housing project in Frankfurt, what she created was reproduced in 10,000 German apartments.

The kitchen that Margarete Schütte-Lihotzky (1897-2000) envisioned was for a working woman. Schütte-Lihotzky did time and motion studies. To minimize steps, the room was small. To maximize efficiency, its appliances and cabinets had a precise layout.

Imagine a space that is approximately 6′ x 11′. Called the Frankfurt kitchen, its earliest version had a stove and a window. It included a food cupboard, a swivel chair, and a waste bin. There was a dish draining board and a fold-out ironing board while later versions had refrigerators. Rice, sugar, and flour could easily be poured from built-in bins. All were selected to save space, money, and time.

You can see that the layout of the Frankfurt Kitchen was compact: 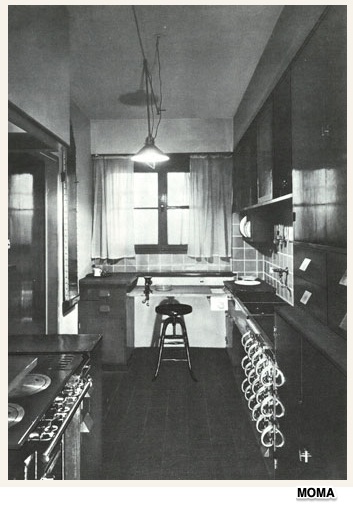 As Schütte-Lihotzky explained, “The truth of the matter was, I’d never run a household before designing the Frankfurt Kitchen, I’d never cooked, and had no idea about cooking.” It did not matter. Her homemaker was a “kitchen engineer,” someone who worked in the kitchen. Efficiency was what counted.

Far from the factory, the Frankfurt Kitchen reflected the same kind of productivity. Reflecting more output from her land, land, and capital inputs, it satisfied the needs of a working woman who had little time for the kitchen. Still today, smaller urban apartments embody the same design.

However, you can see that kitchens have changed. And so too has what they say about us and our economy: 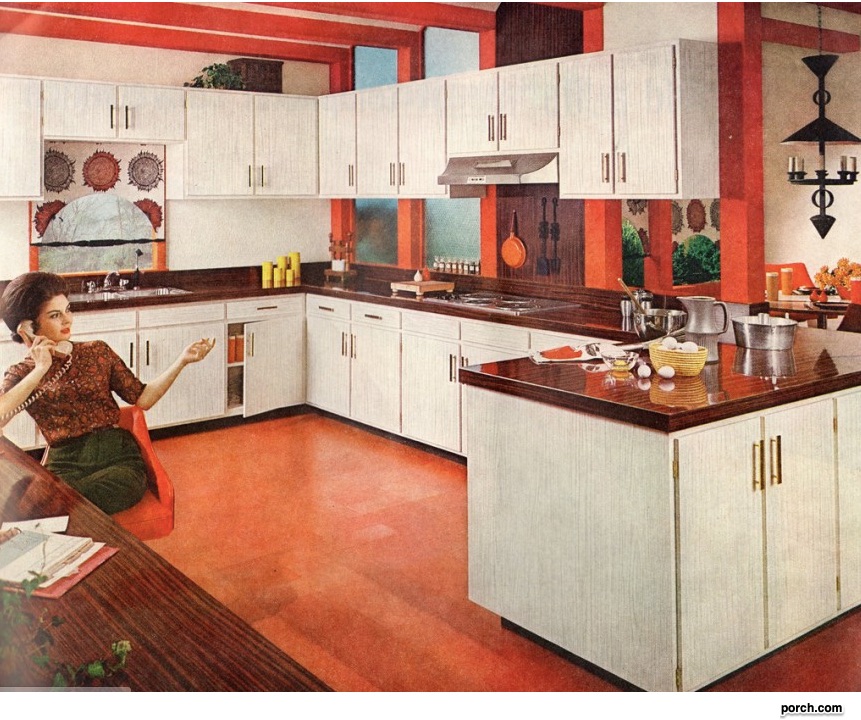 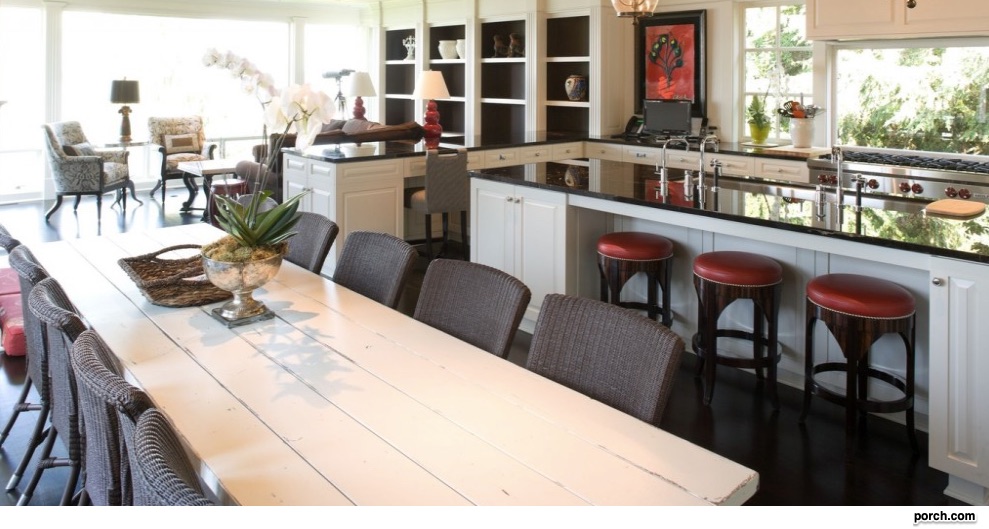 My sources and more: Thanks to City Lab for alerting me to the history of the kitchen. From there, I discovered this paper, more from The Guardian, and this MOMA exhibit.

Our featured image is from Pixabay. This post was slightly edited after publication with additions about productivity.

The Rise and Fall of the Subway Five Dollar Footlong