A beer can primer: 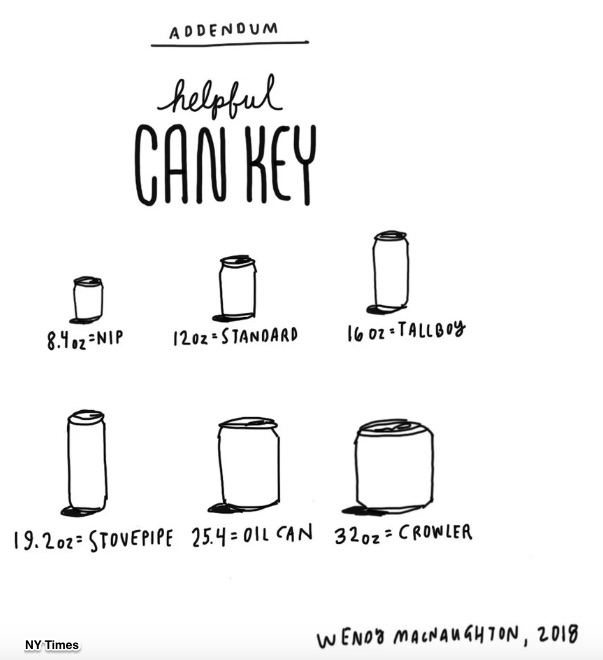 Because the beer industry uses 36 billion cans a year, they care about the aluminum tariff.

The aluminum tariff has been announced, suspended, and partially implemented. These are some excerpts from a Peterson Institute timeline:

There is more. But you get the picture.

The Impact of the Tariff

The benchmark price of aluminum went up 19% just after President Trump announced the tariff. According to a report for the Beer Institute, beer cans will cost five cents more because of aluminum price increases. In addition, the report predicted that higher cost shipments would boost the price of insurance, warehousing, and transport.

So yes, five cents does not sound like very much. However, for a small brewery in Kentucky, the increase could be 20%. Or, as the brewery owner said, “On a per can basis, if I’m buying a $30,000 dollar truckload of cans, a 20 percent increase is significant,”

You can see that all of this sounds rather unpredictable.

If higher costs are passed along to beer drinkers, then the law of demand could kick in with fewer purchases. It is also possible that they could get a decrease in demand if people switch to substitutes like wine or imported beer.

On the supply side, the report suggests that higher aluminum prices could lead to diminished aluminum purchases and fewer cans. If so, there could be job losses at breweries, in transport, for warehouses, and, even with concession staff at athletic events. Meanwhile, lower industry profits would mean fewer tax dollars go to federal coffers.

No one is positive.

My sources and more: More has been written about beer cans than I ever expected. So, if you want to continue, do go to the NY Times for the cartoons, to this paper for extra facts, and to the Peterson Institute for the tariff timeline. Also, my small brewery quote came from here.

Six Facts About How Supermarkets Influence What We Buy