Lighting Up Our Lives

Artificial light was once too costly to use. And now, it is so cheap that we barely notice it.

One reason is our illumination infrastructure. But first let’s start with some history.

In one of his farm journals, Thomas Jefferson documented the importance of light.

You can see below how the length of the workday varied with the seasons. During July, more daylight meant they could increase their spinning:

We depended on natural light because artificial illumination was too expensive. The president of Harvard noted in a 1743 diary entry that it took his household two days to make 78 pounds of tallow candles. Six months later he wrote, “Candles all gone.” Similarly, George Washington calculated that it cost him £8 a year (more than $1,000 today) to burn a spermaceti candle for five hours a night.

Like candles, nineteenth century sperm oil, gas, and kerosene lamps were expensive. In 1800, a typical middle class urban household spent approximately 4% of its income on the oil, lamps, matches and candles that illuminated their lives.

Today we spend much less for so much more. A Yale scholar estimated that we use less than 1% of our income for approximately 100 times as much artificial illumination. It is mind boggling to think that the labor that had created close to one hour of quality light several centuries ago now can illuminate us for 52 years.

You can see (below) the lighting price plunge at the beginning of the 20th century: 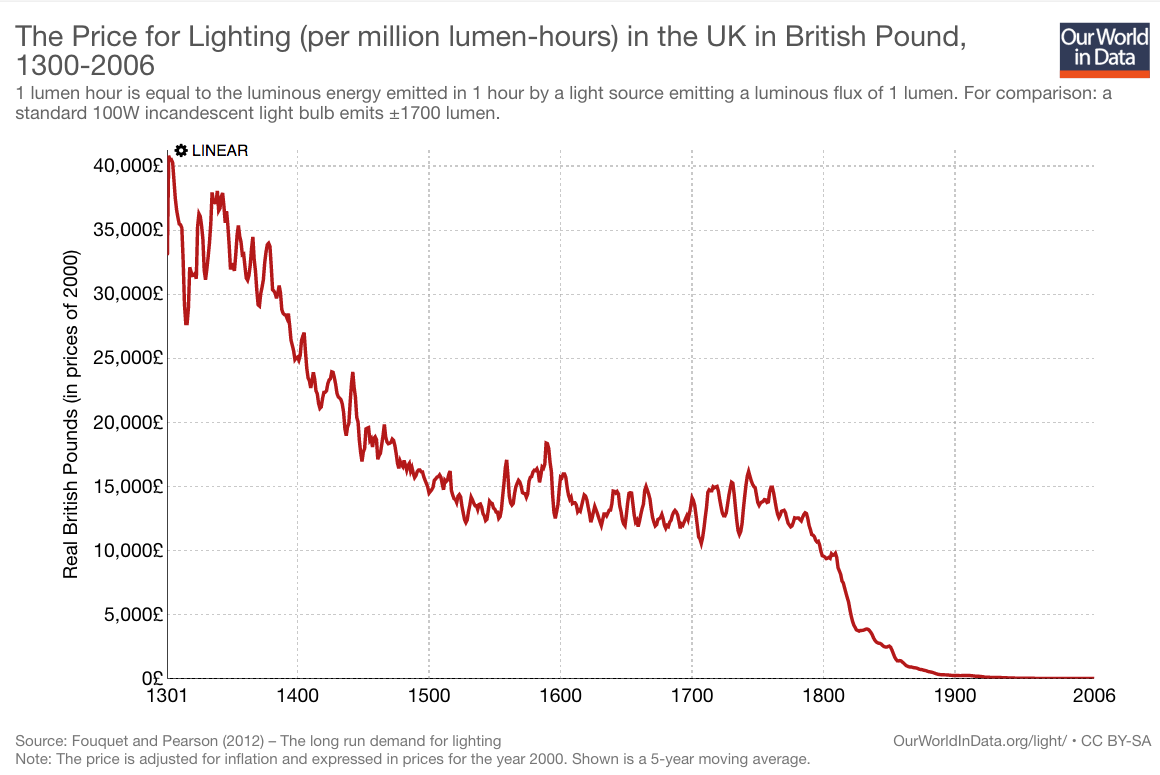 Our Bottom Line: An Illumination Infrastructure

The Washington Post mapped the infrastructure that provides the power for our lighting: 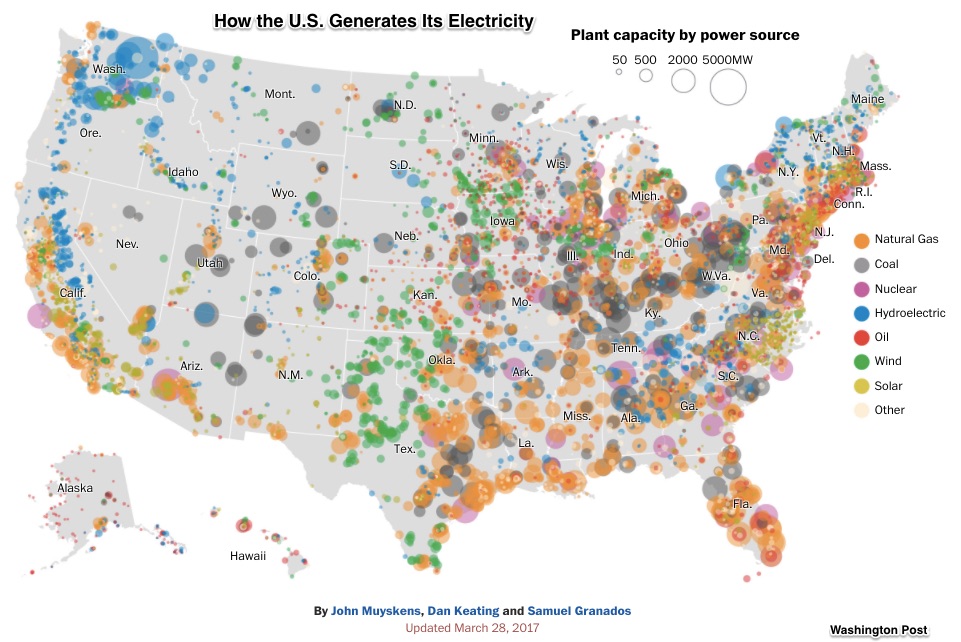 And these are the 160,000 miles of high-voltage electric transmission lines: 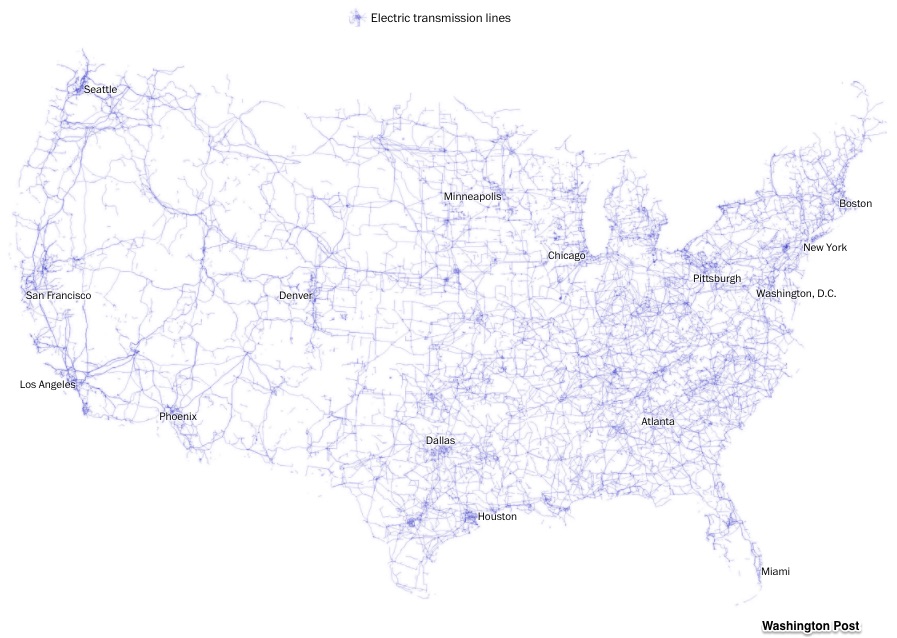 Amazing to think that it all started with a tallow candle.

Sources and resources: This article conveys where the U.S. began while this one is about our current infrastructure. If you want more detail on illumination history and wage inflation, this Nordhaus paper is a classic (and summarized somewhat here). Then switching to the light side, this Tim Harford podcast is wonderful. Please note that I paraphrase several sentences from Tim Harford in this post.