What a Sock Can Teach Us

For nine years, Gina Locklear has made sustainable socks. 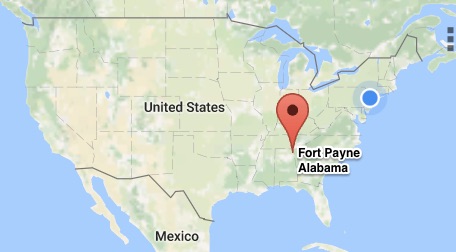 The “cluster” could be the reason she makes them in Fort Payne, Alabama.

The Sock Capital of the World

Fort Payne, Alabama has been called the “Sock Capital of the World.” The place where the cushioned athletic sock was invented, Fort Payne (reputedly) knitted one eighth of the world’s socks. Its 120 factories were the city’s lifeblood until most of the work moved to countries that could produce socks more cheaply. Still though, Fort Payne is a sock city.

Somewhat like Fort Payne, Manhattan’s garment industry supports a group of sister firms. Composed of just eight or so blocks, the area has stores with buttons and thread; it employs pattern makers and seamstresses. It has similarly engaged firms that demand the same types of land, labor and capital.

To see another cluster of firms, you could travel between Philadelphia, PA and Newark, NJ along a stretch of Interstate 95 called the “Stink Highway.” Actually the name refers to firms committed to eliminating bad smells. Your “tour” could take you to one firm that figured out the composition of sweat, another that makes deodorant and a third with products that mask bad smells.

Other firm clusters? Wall Street and Hollywood. And below, you have a map of regional biopharmaceutical firm groups. 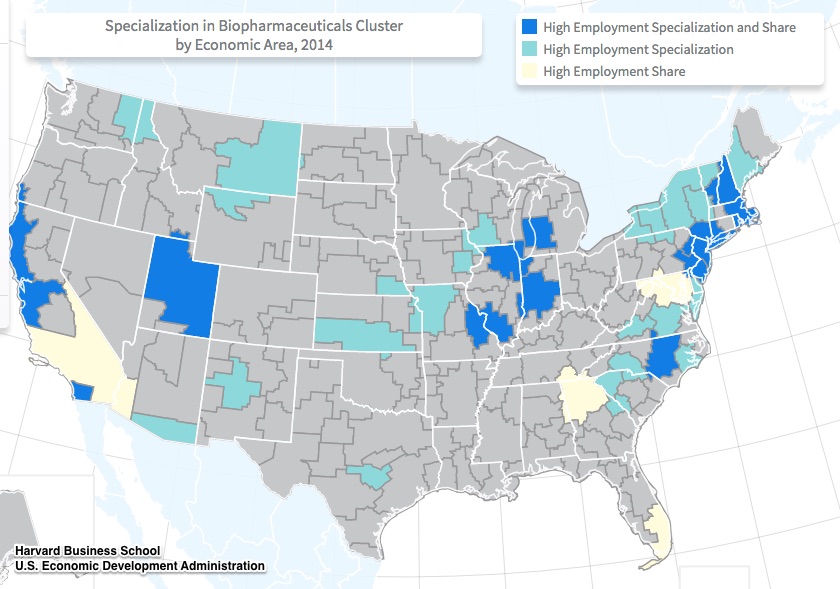 Our Bottom Line: Economies of “Agglomeration”

To end with economies of agglomeration, we need to start with Adam Smith. In his Wealth of Nations, Adam Smith described the benefits of mass production. Focusing on one pin factory, he showed how a division of labor saved time and elevated production. It just required multiplying the labor and machinery under one roof.

Similarly, clusters of businesses in a related industry create synergies. Requiring the same types of inputs, regional groups of businesses can be more of a magnet than a single firm for the knowledge, skills and materials they all employ. As a result, research indicates that they tend to support job creation, innovation and regional performance …as do sock makers in Fort Payne, Alabama.

My sources and more: I am delighted that Planet Money’s Adam Davidson is now at the New Yorker. His recent column on manufacturing clusters was the perfect springboard for looking at the new and the old Fort Payne sock business. It also took me to garment industry clusters, Harvard’s cluster mapping and an academic paper  that explained clusters.