We just found out what the Fed said.

In 1800 pages of transcripts from 11 policy-making FOMC (Federal Open Market Committee) meetings and conference calls during 2009, the Fed debated how to manage the money and credit supply of a very troubled economy. Their deliberations included 303 moments of laughter (which we know because “laughter” was parenthetically noted after each one). Some of those lighter moments were reminders of the state of the economy only six years ago, 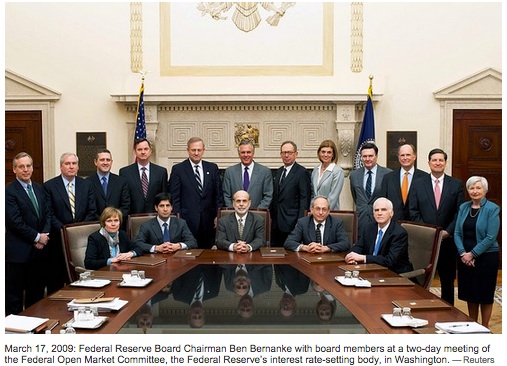 Only during the Great Depression had the economy lost more jobs than during 2009. 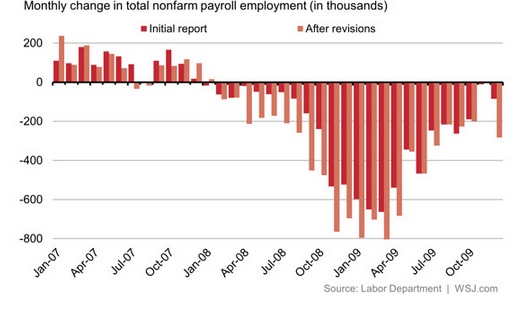 Ben Bernanke and a staff member:

With the recession extending from December 2007 to June 2009, the FOMC had to cope with every U.S. region contracting. 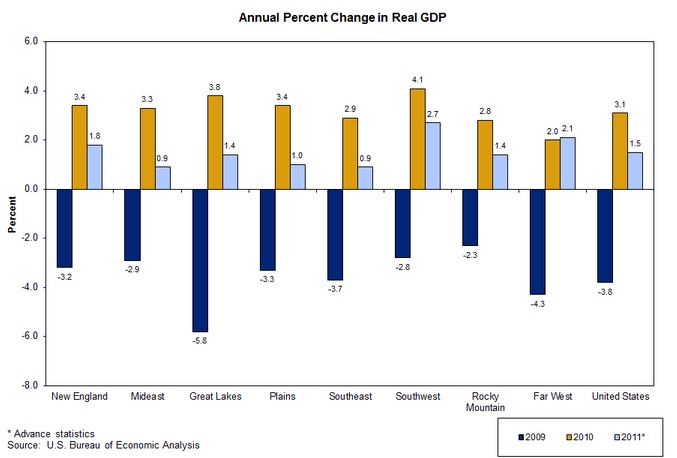 “Before I move to asset purchases, I’d like to start with the story of an elderly wealthy gentleman who had taken a young bride and begun to spend money like crazy. His friends got very concerned that he was going to go through his entire fortune, and they elected one of their number to go and talk to him about it. He said, ‘Sam, We’re really concerned. We want to make sure that you know you can’t buy love.’ Sam said: ‘I know you can’t buy love, but if you spend enough money you can buy something that looks so close you can hardly tell the difference.'” 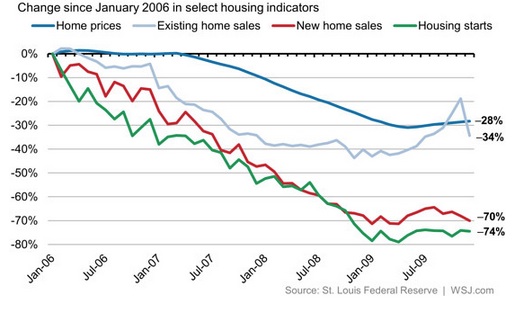 Nominating Ben Bernanke as the Chair of the FOMC (which the Fed Chair always leads), Donald Kohn (Fed Vice-Chair 2006-2010) wonders if the appointment could be retribution:

You can see the plunge in the Dow as the 2009 FOMC meetings unfolded: 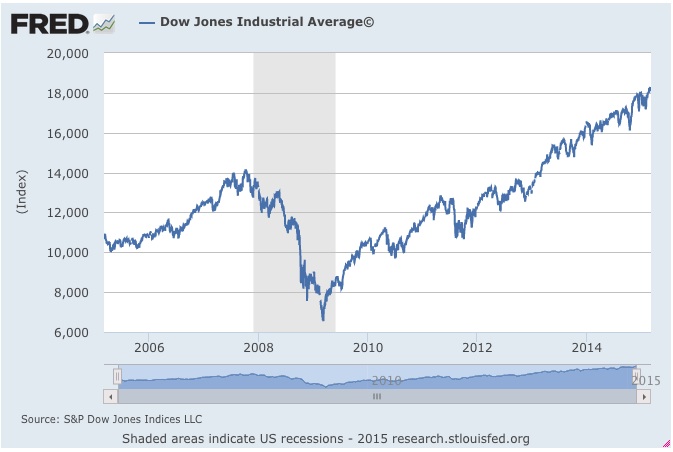 More specifically, do look at price of Lehman Brothers stock (orange line) at the end of 2008.

When economic activity slows, the Fed digs into its tool box and uses a lower discount rate and securities purchases to increase bank loans. 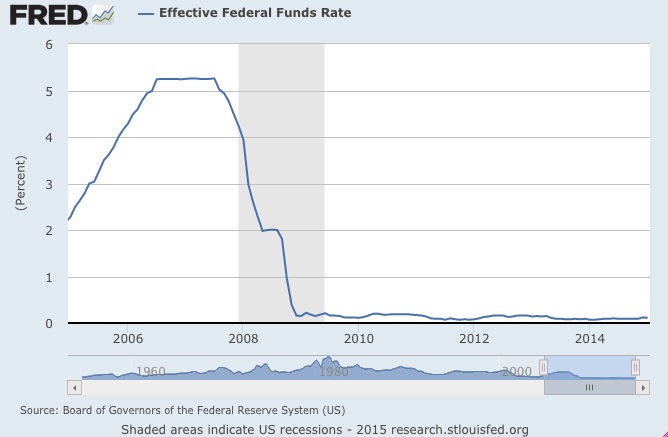 You can see why the press called the Fed’s lighter moments “gallows humor.”

How an ATM is More Than a Money Machine

Weekly Roundup: From Fed Humor to the Wisdom of Warren Buffett