Problems With the Unemployment Rate

Almost everyone is saying the unemployment rate is a problem. At 6.6% and with job creation at 113,000, the numbers reflect a troubled jobs market.

We began collecting employment statistics during the 1880s. For the 1880 census,  we asked everyone, aged 10 or older, engaged in a “profession, occupation or trade” how long he was unemployed between June 1, 1879 and May 31, 1880. While subsequent census reports looked at employment data, stopped in 1920 and then started again, it was the Great Depression that cemented the jobs report’s importance. Questions remained though on defining unemployment and collecting labor market statistics.

In this excerpt from a 1937 Census Bureau questionnaire, you can see that rather than only counting gainfully employed individuals, they started to include people who wanted a job.

The unemployment rate is based on a survey of 60,000 households, maybe 110,000 individuals, who are gainfully employed or looking for a job. The jobs creation number uses payroll data from approximately 144,000 businesses and government agencies at close to 554,000 individual worksites. Reported on the first Friday of each month (with occasional exceptions), the 2 statistics are clear, easy to understand and rather definitive.

Actually, the unemployment rate depends on whom you are looking at: 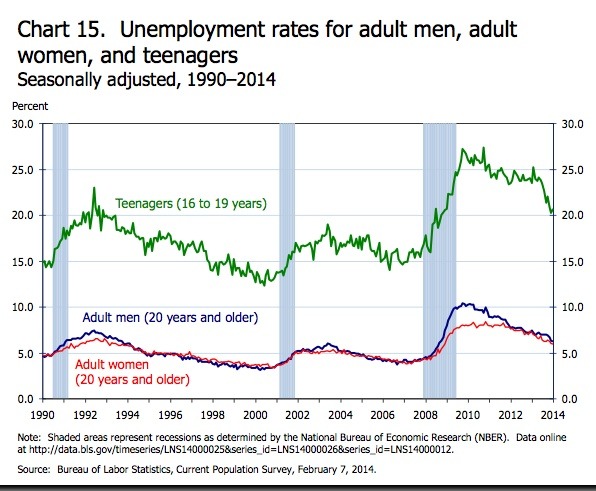 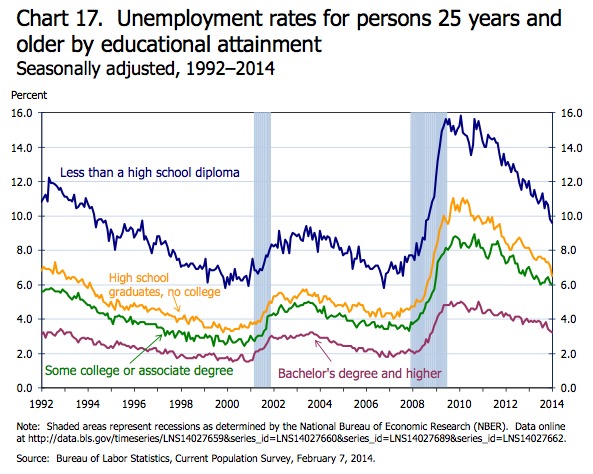 Economist Michael Mandell has said that what we measure shapes the policies we implement. Because of the huge variety that is generalized in the monthly report, would a different approach for monthly unemployment numbers be more productive?

Sources and Resources: I felt like I found a charts bonanza when I discovered that BLS just released a new series of jobs related graphs and enjoyed the David Card paper on unemployment history. H/T to Zachary Karabell for the WSJ column that started my investigation of the topic and my unemployment history graph also came from the WSJ.

What is the Real Gender Wage Gap?