One Reason That $1.1 Trillion is Not So Much

The Congress just agreed on $1.1 trillion in federal spending.

Each year, I give my class a federal budget graph and ask them to identify the relative size of 17 main spending categories. Together, these 17 examples of federal spending represent close to the entire $3.8 trillion budget that has been proposed for 2014:

Here are the answers: 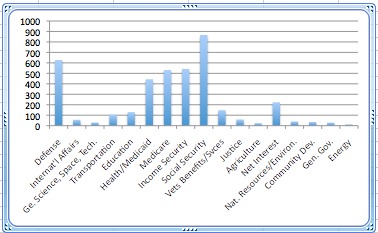 Another way to look at it (not all slices are labeled): 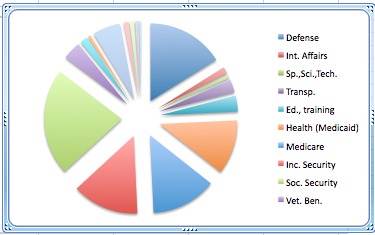 You can see the federal budget part getting larger as premiums and payroll taxes become increasingly inadequate. 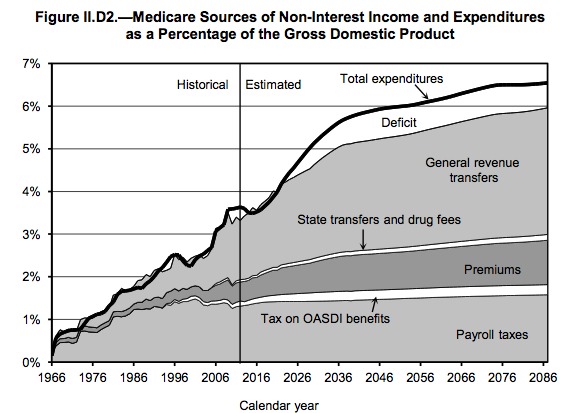 So yes, for the time being we do have Congressional agreement on the budget. The House, the Senate and the President agreed to $1.1 trillion in discretionary spending. Called discretionary because lawmakers do not have to spent it a certain way, half of that $1.1 trillion is for defense and the other half, lots of things. For example, do you recall those incandescent light bulbs that we all have to switch to? The Congress decided not to fund enforcement of the new requirement.

Seeing the media focus on the budget deal, I just wanted to place it in perspective.

Sources and Resources: With a helpful interactive series of graphics, in addition to the numbers I used in my 17 expenditures graph, the Washington Post has a good budget summary. For worries with which you can agree or disagree, economist Lawrence Kotlikoff described his concern about our current deficit in an excellent Econtalk discussion and here is how Paul Krugman disagrees with him. As for the current budget negotiations, you can read about them here while the annual government reports on Medicare and Social Security were the sources of my graphs.

One Way That the "Poor Beat the Rich"