Why “the Pill” Was Powerful

Our story starts with the Mary Tyler Moore Show.

Aired from 1970 to 1977, the show chronicled the life of Mary Richards. Single, a TV news producer, age 30ish, she was the happy role model for the unmarried woman.

Not quite explicitly, except for this video, she also was an example of the power “the pill” gave women:

As a result, Mary Richards reflected “the Quiet Revolution.”

The Quiet Revolution and the Power of “the Pill”

Harvard economist Claudia Goldin called it a “Quiet Revolution.” In her new book, Career & Family, she describes a new happiness formula for women. She tells us how the pill changed education, marriage, and the family.

“The Pill” was first sold with a prescription in 1961. By the 1970s, available to married and unmarried women, it transformed lives. Scholars who matched birth rates and marriage records for 1700-1950 concluded that one fifth of all brides were pregnant when they tied the knot. With “the Pill,” women could delay marriage as indeed they did.

You can see that the upward marriage age trajectory becomes steeper after 1970. Now, it’s around 28: 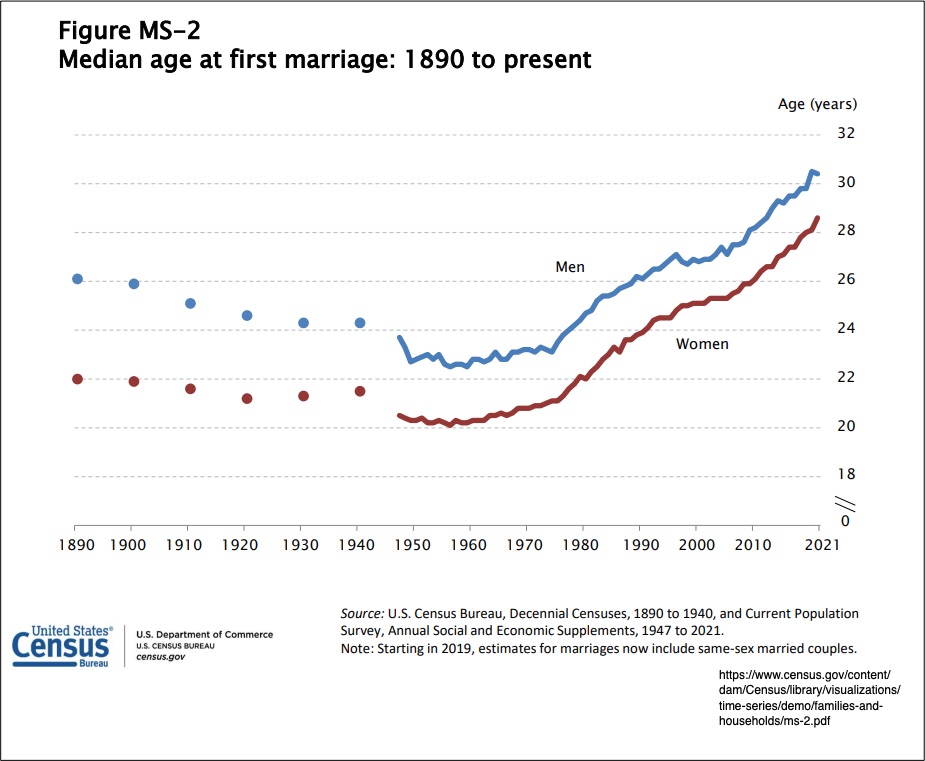 By delaying marriage and motherhood, women could place career before family. They could enter higher educated, higher paying careers.

Defined as the knowledge with which we equip ourselves, a woman’s human capital has changed during the past 40 years. Instead of majoring in education, we became judges, physicians, dentists, architects, veterinarians. We populated professions that required years of our time outside the household, We married for companionship rather than for the traditional household division of labor and accelerated the divorce rate. 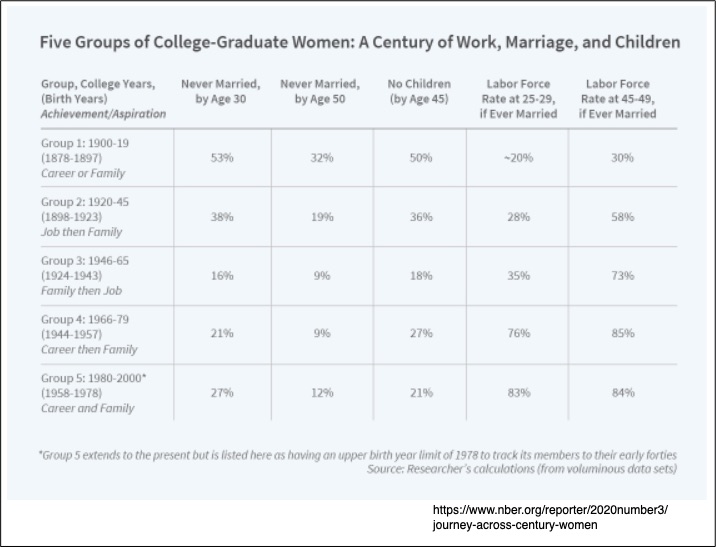 So yes, the birth control revolution that started during the early 1970s helped women time marriage and motherhood. You can see below where it continues: 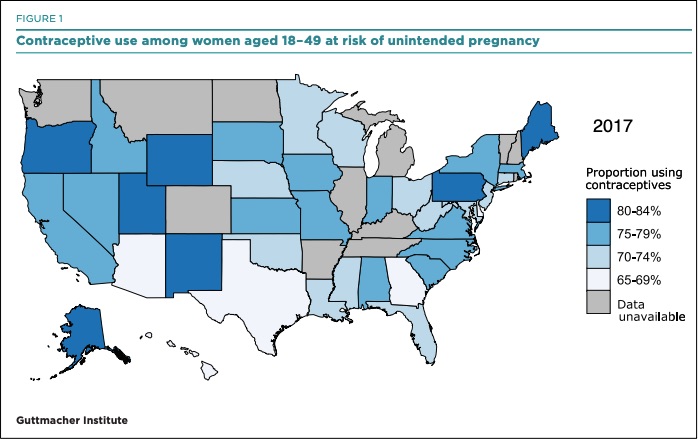 My sources and more: Mostly, I’ve used facts from Claudia Goldin’s Career & Family’s Chapter 6. The ideal complement, her NBER talk had more of the statistics. Also, I returned to Pew’s always handy statistics for the divorce rate.