Where Educating More Young Women Will Make a Difference
Starting with global gender equality, we can see the impact of educating girls.
The following map, with green the high and red the low, compares 129 countries’ gender equality. While the Nordic nations, Germany, and Australia were among those with the highest scores, Nigeria, Mali, and Yemen were at the bottom of the list: 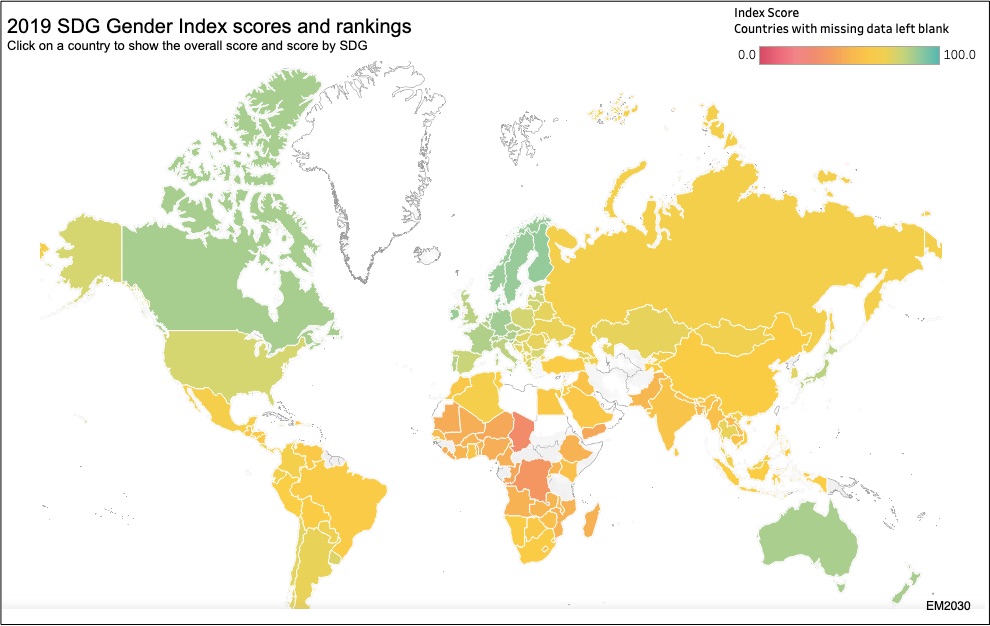 None of the 14 criteria, below, had the highest green average, (SDG refers to the UN’s Sustainable Development Goals.):

The report cites some anomalies. Including Finland, Vietnam, and Rwanda, some nations have more gender equality than their per capita GDP suggests. However, higher income countries like the United States and Switzerland are not at the top.

From here, we can take the leap to educating young women. The World Bank estimates the global economy loses $15-$30 trillion when girls don’t complete 12 years of education. However, there would be an 18 percent boost in per capita GDP for each extra year of education.

Tough to calculate, still the trajectory (below) is convincing. It shows the potential net GDP increase by 2030 if each country achieved 100 percent secondary education for girls: 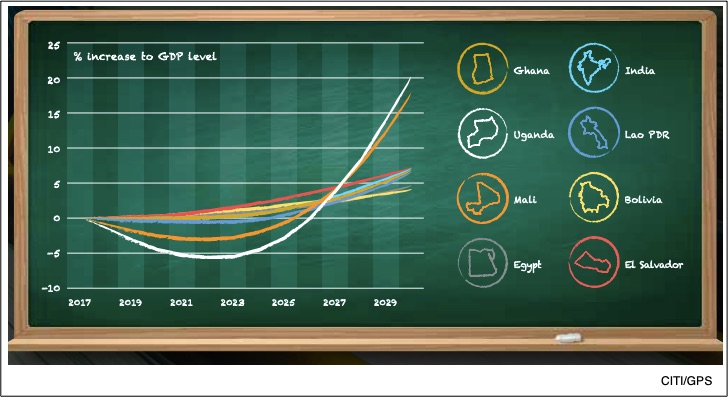 Forced marriage and violence are two of the barriers blocking adolescent girls’ access to education and economic independence: 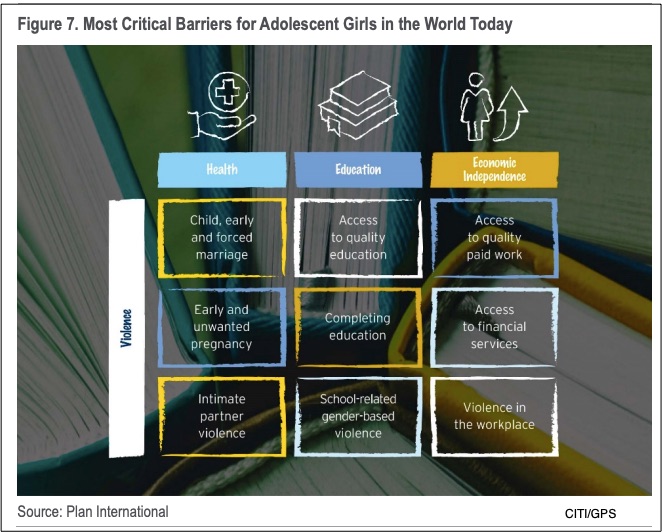 Focusing on just one of the barriers, you can see the prevalence of forced marriage: 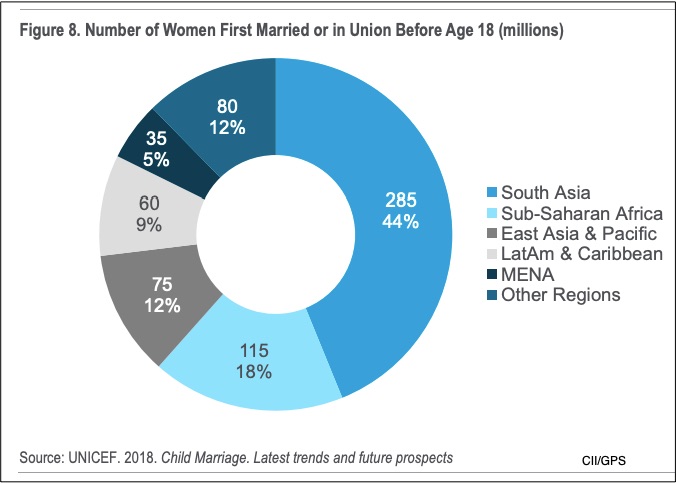 As economists, we can summarize the impact of gender inequality with a production possibilities frontier. The graph lets us see the underutilization created by 85 percent of the girls in low income countries not completing secondary school.

Whereas our curved line shows the world economy’s maximum production potential, the dot indicates underutilization. Because no nation achieved the maximum global equality score of 100, the result is a vast gap between world production and its potential.

However, each extra year of a girl’s education would move the dot closer to the frontier:

My sources and more: Most of today’s facts come from this CITI GPS report. However, the OECD’s 474 page “Education at a Glance 2021, the WEF Global Gender Gap Report 2021, and  em2030 data also came in handy.

How to Hide a Price Increase

May 2022 Friday's e-links: How the Pill Empowered Women