A century ago, the liquor industry did not want women to vote. Now, the makers of Johnnie Walker whisky have released a limited edition of Jane Walker.

Through the vote, women increased their economic power (in many ways). But it took more than 60 years.

At first, the liquor industry tried to limit female influence because temperance was considered a “women’s issue.” Suffrage referendums at the state and national levels were routinely opposed by liquor stores and brewers, bar owners, bottlers, and even hotels. The industry knew that women tended to support “dry candidates.”

Still though, after the 19th Amendment became the law of the land on August 18, 1920, wives and husbands tended to vote for the same political party. Yes, women care more about child welfare, safety net spending, and, more recently, environmental legislation. However for decades, the female impact was minimal.

All changed in 1980 when you have more women in the work force, a higher number of single women, and the policy gap between Reagan Republicans and Democrats. At that time, more women became Democrats. Two graphs summarize the changes that began in 1980.

A higher proportion of women than men began to vote: 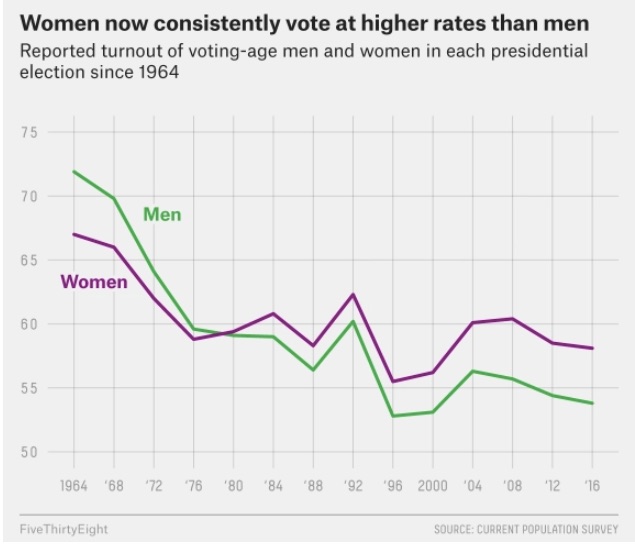 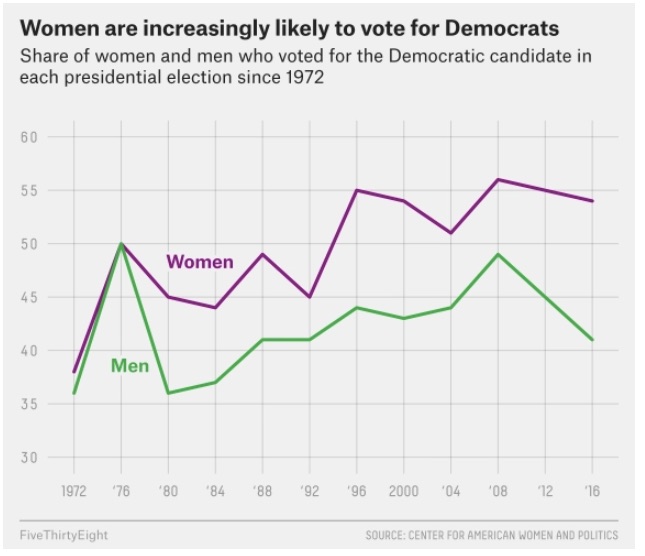 When more women voted for Democrats, their economic power grew.  Although women have always valued different issues from men, it took until the 1980s for their party preference to make a difference.

Women have tended to care more than men about entitlement spending. The New Deal was the beginning when Social Security was created in 1935. Thirty years later, we got Medicare. In addition, our list of entitlements would include Medicaid and unemployment insurance and other support programs that we expect from government.

Entitlements return us to the economic power that voting gave women in government …and even in the liquor industry.

My sources and more: Fivethirtyeight has the complete story of the power that the vote gave to women. Then, for much more detail, this paper is perfect. And finally, a NY Times column and a University of Chicago paper tell all about the liquor industry’s opposition to the 19th Amendment.