Belgians have been asked to eat French fries twice a week. The French are supposed to fill up on cheese.

Both have a similar problem.

Some say the French fry should be called the Belgian fry. According to French fry historian Albert Verdeyen, the French fry was born in francophone Belgium. When a local river froze in 1680, and the people could not catch the little fish they were used to frying, they substituted potatoes. Fast forwarding to World War I, after American soldiers called the treat French fries, the name reputedly stuck.

In Belgium, according to the BBC, the French fry is not just a Ketchup-drowned side to a Big Mac. It is a meal, Double fried in beef tallow, it’s made from the Dutch Bintje potato and served with a “touch” of mayonnaise.

Now, as the world’s largest exporter of French fries and other frozen potato products, Belgium has supply problems. Because of the coronavirus lockdowns, last week, Belgium had 750,000 tons of excess potatoes. The equivalent of 30,000 truckloads, this potato glut reflects the small proportion consumed at home. Because 70 percent is sold to restaurants, hotels, and other commercial outlets, producers have to figure out what to do with delayed or canceled sales. While worldwide orders have plunged by as much as 40 percent, processors say the demand decline is close to 80 percent.

Belgium tops a list, based on dollar value, of the world’s largest prepared or preserved potato exporters in 2019: 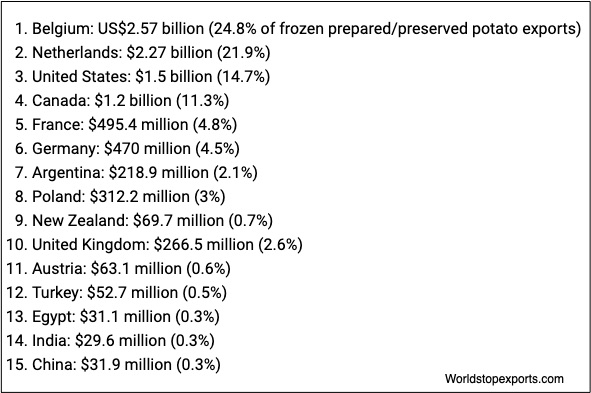 While the product is different, the problem is the same. France is the #2 cheese producer in the EU: 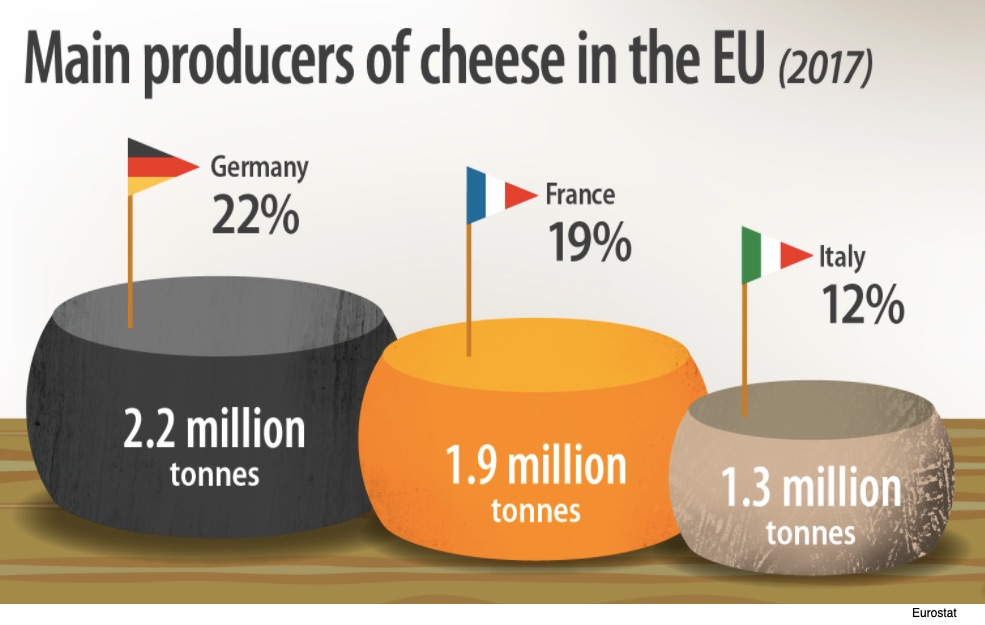 With commercial establishments observing a lockdown, cheese demand has shrunk. EU regulators have tried to help by saying French cheesemakers need not adhere as closely to the “Appellation” rules that let them use an exclusive name like Camembert de Normandie or Brie de Meaux. Still producers have the dual worry that their surplus cheese will rot and, if it survives, will depress prices:

Defined economically as limited quantities, scarcity is the basic economic problem. It just means that everyone cannot have an unlimited supply of everything. As a result, economic systems like the market make our decisions. Our economic system decides how to allocate our “scarce” land, labor, and capital. It determines what will be produced, how it will be produced, and who will get it.

Now though, pandemic lockdowns have distorted the market’s production and distribution decisions. To compensate for supply gluts, the rather delicious solution is to eat more French fries and French cheese.

My sources and more: For more about France’s cheese glut do go to Politico. In addition, Reuters,  FT, and the BBC, had the facts about Belgium’s potato surplus and other food supply problems.

When It's Legal to Launder Our Money

Where to Find an Electric Vehicle's Emissions