There’s more to being a barista than I had realized.

Those skills are handy on Rikers Island.

Our story starts with a Brooklyn firm called Procreate Coffee NYC. In 2017, the Department of Corrections arranged for Procreate to train inmate baristas.  The job would be one of many that the prisoners do. More typical though, is the license plates, hand soap dispensers, and desks that correctional facilities produce (and then sell to the state).

Making a license plate at the Auburn Correctional Facility: 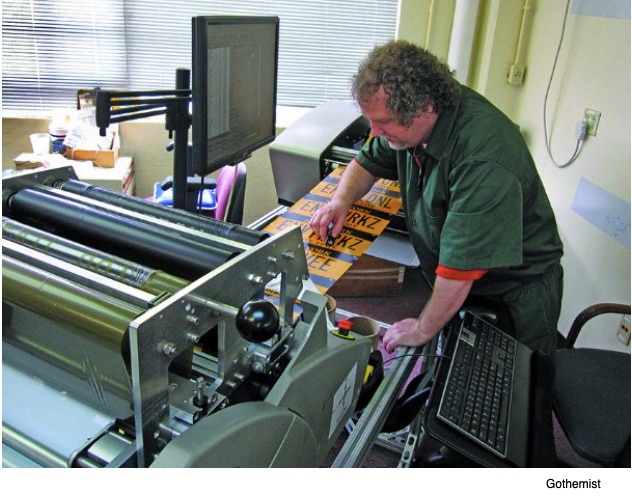 At Rikers, one officer requested a latte, “With vanilla on top, not a lot, just a drizzle, and very hot, don’t make it warm.” Another, admiring a caramel syrup swirl said to a barista, “Omar, you’re an artist, kid!”

You can see that the baristas wear barista black shirts rather than prison uniforms:

The coffee school concept echoed Norway’s approach. Emphasizing rehabilitation, the jobs in Norway’s prisons, its cells (individual rooms that have TVs, a separate shower room, and toilet), and the daily routine make the difference between an eventual return to incarceration and success outside.

It all takes us to human capital.

As economists, the barista experience is about human capital. Just like physical capital includes the equipment and buildings that help to increase productivity, so too does the education with which you stock people.

In a BBC interview, a journalist explained what had to change when Norway chose rehabilitation over retribution for its prison population. Not only were the cells (the physical capital) redesigned but also the officers’ (not called guards) human capital was transformed through an extended two-to-three year training period. As an official at the University College of the Norwegian Correction Service explained, “My students will study law, ethics, criminology, English, reintegration and social work. Then they will have a year training in a prison and then they will come back to take their final exams.” During the 1980s, before Norway made the switch to rehabilitation, the recidivism rate was 60 to 70 percent. Now it is 20 percent after two years and 25 percent after five.

Where are we? Returning to Rikers, we have baristas equipped with new human capital that they can use when they leave prison. They also could be enjoying that satisfaction we all feel when we prepare a good latte.

My sources and more: This NY Times article, Procreate, and this website focused on the barista experience. But to complete the picture, do go to Gothamist for prison license plate production and to the BBC for a focus on Norway.

When It's Tough to Calculate the Cost of An Internet Tax