#TBT: Looking back, we can say that Sears, Roebuck & Co. was the first Amazon.

If you were asked how 30% of all Americans had access to 100,000 items in their homes, you  might think of Amazon. Instead, the year is 1900 and the seller is Sears, Roebuck & Co. From a population of 76 million, 20 million Americans received the Sears catalogue. Through Sears, households could have items ranging from dresses to plows to tombstones delivered directly to their doorstep. They could even order some groceries.

Sears and Bezos (Roebuck left the firm he helped to start in 1895, only four years after it began.):

Where are we going? To their prefabricated homes.

Just imagine an Ikea delivery with more pieces. The Sears “kit homes” were sent by train. Arriving in a boxcar, they included framing lumber, cedar, and shakes. From doors to doorknobs, they had big and little parts. Sears said we could assemble it all in 90 days or less. (I suspect that the 30,000 piece home took a bit longer.) 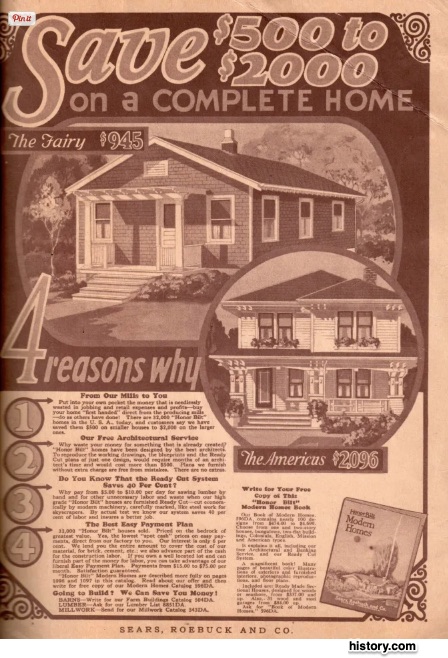 Each Sears Prefab style had a name. This was the Alhambra: 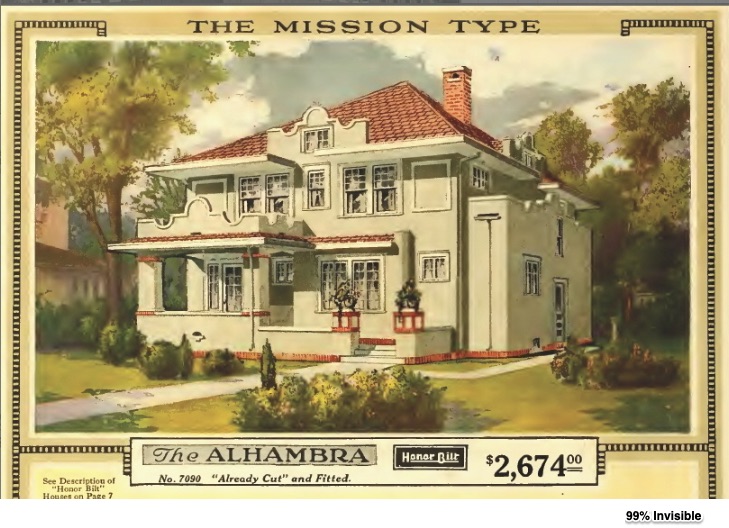 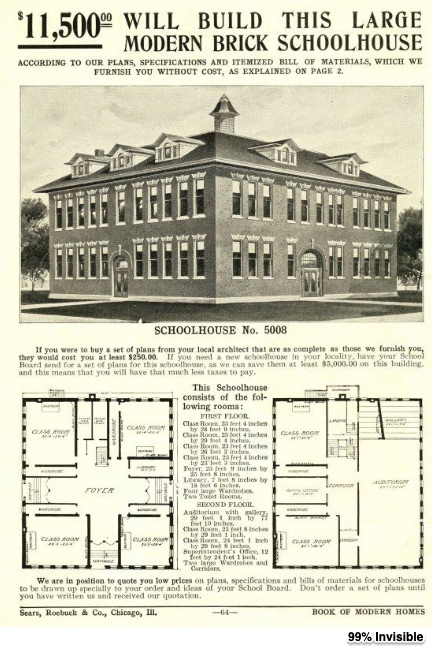 The house though was only the beginning. From there, Sears had the furniture, the appliances, and most of what you needed to put in and on them. Then, they completed the picture by offering mortgages in 1911.

As we know, Amazon sells most of what we need in our homes. And, it also sells the houses.

Two of the homes sold by Amazon: 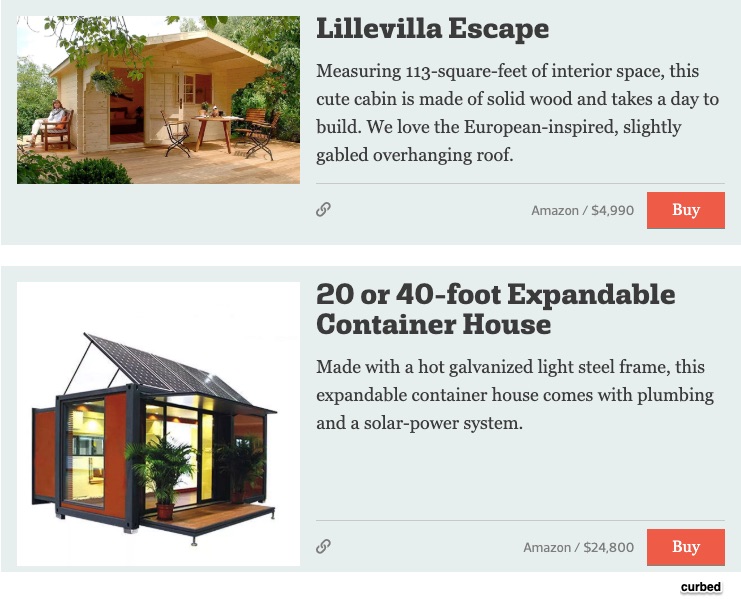 Yes, talented entrepreneurs started a Sears and an Amazon.

But then, each uniquely optimized recently created information and transportation infrastructures for their business model. Using their era’s innovations, Richard Sears and Jeff Bezos both figured out how we could shop from home. For example, the Sears catalogue was reputedly sized as slightly smaller than the Montgomery Ward Catalog. The reason? So you would stack it at the top. Similarly, the allure of Amazon Prime makes us go there first.

Most crucially though, Sears and Bezos knew how to deliver. Sears used the newly created (1896) rural free delivery U.S. Postal Service and the railroads. For Amazon, it has also been the US Postal Service and of course, the internet.

And then they made it so easy that we could not resist…even a house.

My sources and more: For all of the facts on the Sears mail order home, this 99% Invisible podcast is perfect. But if you want more (as did I) the NY Times and MarketWatch had some Sears history and Curbed, the Amazon houses.

The Significance of a Cat Census