Drones and Property Rights In the Air

The FAA has just issued a draft proposal on drones that could affect this delivery:

Where are we going? To regulation and innovation.

Here are the FAA’s first set of proposals for drone regulation: 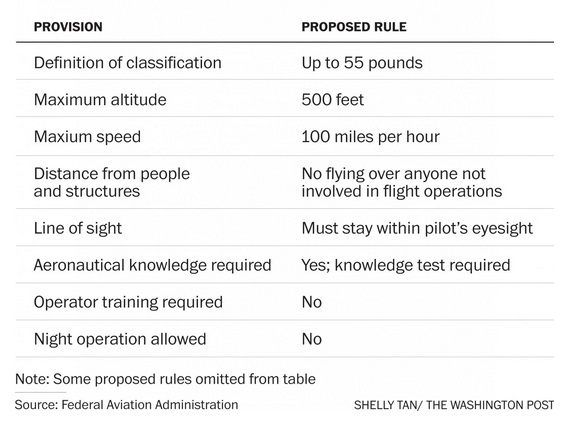 Seeing drones from a different regulatory perspective, a Pepperdine law professor suggested we start with assuming that people have the right to prohibit any aircraft or object from occupying a 350 foot high column of space above the land they own. As a result, drone regulation would take us to what the courts have said about property rights. Looking back at the common law, the courts have said, “to whomsoever the soil belongs, he owns also to the sky.”

But, Supreme Court Justice Douglas (1946), said the common law doctrine was outdated in a case where a farmer’s chickens were were so frightened by low flying military aircraft that they ran into a wall and died. Douglas did conclude though that the farmer had property rights that extended to “at least as much of the space above the ground as he can occupy or use in connection with the land.” Flying at an altitude of 83 feet, the planes had violated the farmer’s “property.”

The same property rights approach could apply to drone regulation. This diagram displays where an Amazon drone could fly:

You can see that whether we are looking at drones, Uber, shadow banking or any other innovation, it is tough to decide the relevant precedents when we establish a regulatory framework.

How Much Do Average People Agree With Economists?