We could say that the length of the British coast is infinite. Looking from a distance, we see a smooth measurable line. However, moving closer, increasingly small inlets are evident that keep adding to its length.

When salt water evaporates, salt production increases. This year, as you might expect, Europe’s drought accelerated evaporation. However, the result is a plus for France’s salt farmers that are reporting record salt production for their Fleur de Sel.

Hearing about water, we should think electricity. Less hydropower has diminished Spain’s electrical generation. In addition, France’s nuclear plants had to cut back because of an inadequate (lower rivers) and inappropriate (too warm) supply of the water that cools the plants.

And we also wind up with barge problems…

Those lower water levels are disrupting shipping traffic. With the Rhine’s level dropping, ships have to carry less. To prevent running aground, many vessels have reduced cargo by 30 to 40 percent for their grains and coal and chemicals. Meanwhile, travel became impossible when the level fell below the 40 centimeter mark.

A river barge on the Rhine:

While the WEF map for water is overlapping and redundant, I liked it as a springboard for pondering the significance of water. Do go to their website for its interactive features: 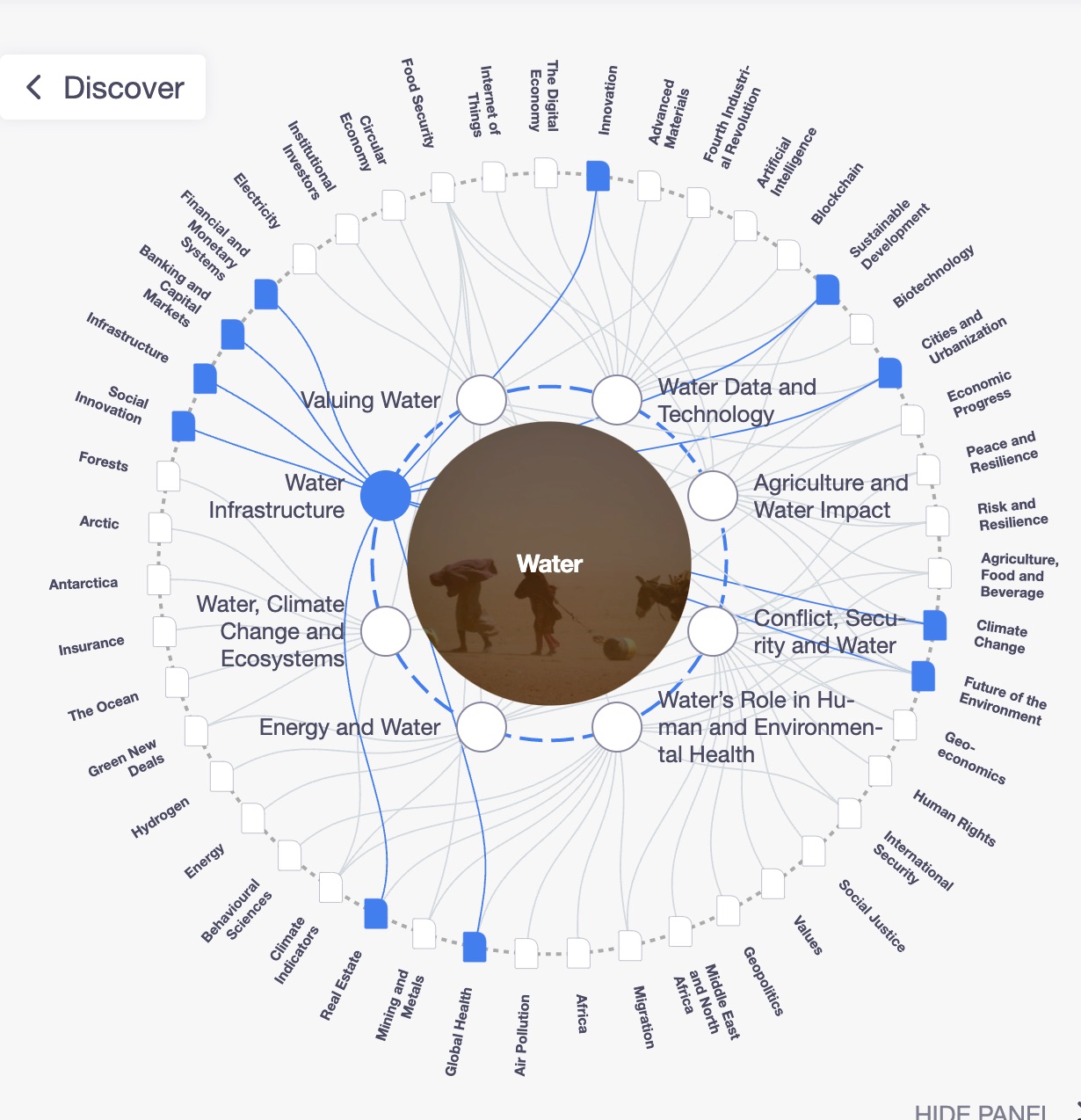 My sources and more: Walking, I always enjoy the World Business Report. Yesterday, they alerted me to the barge crisis and the importance of Europe’s inland waterways. From there, the WEF (World Economic Forum) had more about the drought’s impact as did this Port Technology journal. Please note that the infinite length of the British coastline was cited by fractal mathematician Benoit Mandelbroit.

The Ups and Downs of Sheep Burps

Where Shrinkflation is Spreading